Why baseball writers were right to bar Barry Bonds, Roger Clemens from Hall of Fame 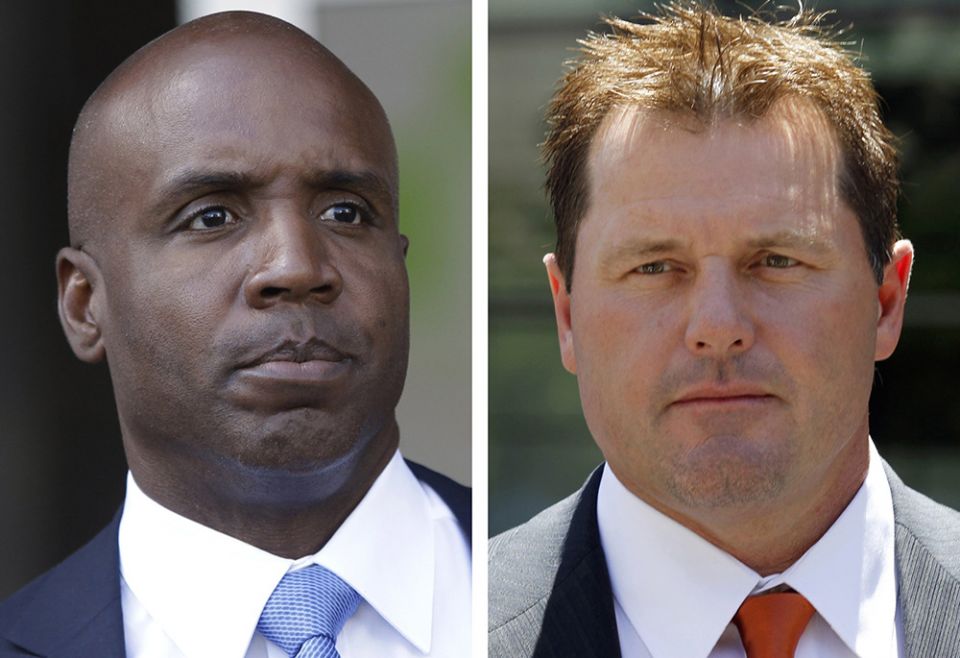 Baseball's more than decadelong debate about the fate of the Hall of Fame credentials for Barry Bonds and Roger Clemens, two faces of the game's steroid era, finally came to conclusion the night of Jan. 25.

Bonds, the all-time single season (73) and career (762) home run king, and Clemens, a seven-time Cy Young winner nicknamed "The Rocket" as one of the premier pitchers of his time, have come to epitomize the period from the mid-1990s through early 2000s when the use of steroids and performance-enhancing drugs was believed to have been rampant throughout the sport, and before baseball began disciplinary drug testing in 2004.

Both players, who have each denied knowingly using performance-enhancing drugs, were rebuffed induction into the hallowed halls of Cooperstown, home of the National Baseball Hall of Fame and Museum in upstate New York, by the Baseball Writers' Association of America for the last time.

For any major league player to be elected to the Hall of Fame, they must cross the high bar of 75% of the votes cast, with a total of 394 submitted this round. In their 10th and final year on the ballot, Bonds (66%) and Clemens (65.2%) both fell short with near identical percentages.

The lone player inducted this year was David Ortiz, the Red Sox slugger who was linked to a single positive drug test on a 2003 anonymous survey, though that result has been discredited.

Many fans and sports writers are calling the exclusion of Bonds and Clemens, perhaps two of the best baseball players of all time, "an atrocity" and "a failure." Yet for me, the question of the Hall of Fame case for players like Bonds and Clemens, and even childhood favorites like Mark McGwire and Manny Ramirez, has never been a difficult one. Count me satisfied with this ballot's results.

Enshrinement in the Hall of Fame isn't just about awards and numbers, it is also about what famed sportscaster Bob Costas calls a question of authenticity.

The Hall directs voters to evaluate players "based upon the player's record, playing ability, integrity, sportsmanship, character, and contributions to the team(s) on which the player played." These criteria differentiate baseball's hall from other sports, which often focus on performance alone, because it asks voters to delve into areas of ethics and morals — especially around the question of cheating.

Anabolic steroids have been illegal since 1991 for any American to possess outside a valid medical prescription, even those on a baseball diamond. Using banned substances with the goal of achieving an unfair competitive advantage on the field in any sport is cheating, and for me falls well within the confines of not just the character clause but the other criteria as well.

Some Hall of Fame voters who favor electing suspected or known performance-enhancing drug users have argued that as sports writers they have no business acting as moral arbiters or "church ladies" to judge a player's character. And after all, it's just a game, not an exercise in holiness. "It's Cooperstown, not canonization," as Derrick Goold, Cardinals beat writer for the St. Louis Post-Dispatch, put it in explaining his ballot this year.

While I agree that excellence in baseball is no cause for sainthood — even for Cardinal icon Stan Musial — it is still an honor, not a right. And knowingly cheating in the game, in some cases over multiple seasons, puts a player at risk of losing that honor.

No level of play, awards, records or admiration from fans and fellow players should automatically qualify someone to receive such a career-defining distinction if those accomplishments are built in an inauthentic way.

If you listen to the arguments why Bonds, Clemens and others belong in the Hall — and I certainly have — many fans and writers will say these players had reached hall-of-fame status before their alleged performance-enhancing drug use, or that it's unfair to bar them when it's likely steroid users and other morally questionable characters are already in Cooperstown.

But voters can't judge only selective portions of a player's career or overlook their failings, as Sports Illustrated's Tom Verducci notes. Nor should they be handcuffed by mistakes and oversights of past electors, whether it was inducting players who cheated using illegal spitballs and corked bats, or even racists, domestic abusers or yes, even likely PED users and the commissioner (Bud Selig) and managers (Tony La Russa, Joe Torre) at the heart of the scandal.

It's no secret that players are far from alone in the culpability for the widespread prevalence of PEDs in the steroid era. It was an institutional failure that envelopes owners, coaches, commissioners and the media, many of whom turned a blind eye in the pursuit of winning and as huge profits piled up.

I just don't see the systemic breakdown of this steroid era as a good reason to now swing open the gates of Cooperstown to all connected, especially players known to have cheated or where there's significant evidence they did.

There are other ways to tell the story of this tarnished period in baseball history without enshrining its greatest figures with bronze plaques. Even at the Hall of Fame. The second part of its name that's often dropped, "museum," offers a more proper location. In fact, it's already happening and more can be done.

I've long suggested to friends that the Hall should also establish a separate wing or display to tell the story of baseball's steroid era in full. It could include placards for the greatest players from this time and highlight their statistical achievements alongside their failings to compete on an even playing field. List their prodigious home runs and strikeout totals right next to their admissions, suspensions and mountains of evidence. Include a section too on the institutional failures across baseball, from teams and owners and the commissioners, to the media, too.

Even now, the collections of baseball artifacts at the Hall include game-used items from major moments in the careers of Clemens, McGwire, Sammy Sosa and more who were caught in baseball's steroid web. Even the ball that Bonds blasted for career home run No. 756, surpassing Hank Aaron as the all-time leader, is there on display — though with an asterisk carved into it courtesy of designer Marc Ecko.

More broadly, Major League Baseball has not nullified or placed asterisks on any of these players' statistics.

Baseball hasn't whitewashed the steroid era out of Cooperstown or its history. Rather, the voters the game's entrusted to fill its Hall of Fame so far have simply elected not to grant it a place of honor.

While Bonds, Clemens and Sosa have dropped off the writers' ballot, they could get a second chance as soon as this December when a 16-member veterans committee may review their candidacies. (Though that too is expected to be an uphill climb.) If they make it, it may well open the door for steroid-suspended players like Ramirez and Alex Rodriguez.

But if none of them ever receive a bronze plaque, their place in the game will not be forgotten. Their absences from these spaces of glory don't erase their stories.

They will live on in the history of baseball as its latest chapter about how even seeming legends can fall from grace. That the choices we make matter. And that's a story worth telling, too.

Commentary | Why baseball writers were right to bar Barry Bonds, Roger Clemens from Hall of Fame

Baseball as a road to God: Conversation with author John Sexton