Why young adults of Generation Z give me real hope 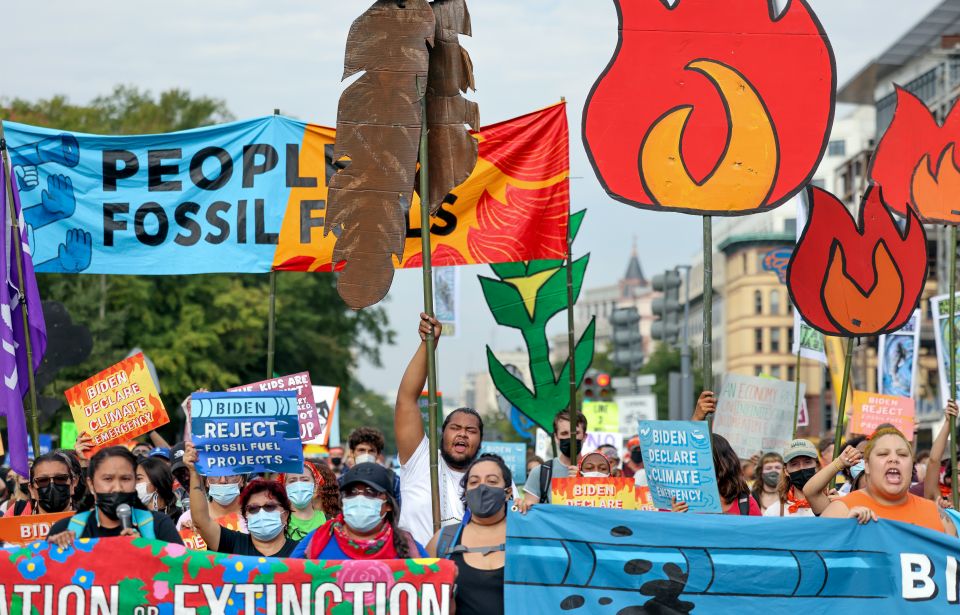 Every new generation seems forced to endure the skepticism, cynicism and dismissal of its predecessors: Baby boomers (born 1946-1964) wrote off Generation X (1965-1980) as a bunch of disaffected "slackers," and Generation X then complained that millennials (1981-1996) were "coddled" and exhibited a "sense of entitlement." But as one of the oldest members of the millennial generation, I want to register my admiration for the young adults in Gen Z (born after 1996).

Of the five major identified generations alive today (including the oldest, the silent generation, born 1928-1945), I have the most respect for the youngest group. Because this perspective bucks the trend of older generations embracing the culturally expected "kids these days" condescending attitude, I suspect some NCR readers may be surprised by my genuine appreciation for today's young adults, even though I'm not alone. So let me explain.

The closest thing to a generational criticism I can conjure against members of Gen Z is concern for how much time they spend on the internet in general and social media in particular. As someone who grew up in the 1980s and 1990s, I spent my entire childhood without a cellphone or the internet at home.

As an older millennial, I share an experience of childhood not that unlike my parents or their parents in regard to time spent outdoors and other staples of the pre-21st-century life. The big technological fear in the '80s and '90s was that we kids were watching too much TV amid the advent of increasing cable networks. That concern seems so quaint today.

Gen Z does not need our patronizing admiration, but our sincere respect and the opportunity to lead us, teach us and show us older folks what we are missing and where we need to go.

It's true that Gen Z spends an incredible amount of time online. A 2018 survey showed that, "Fully 95% of teens have access to a smartphone, and 45% say they are online 'almost constantly.' " They are the first generation to be entirely composed of "digital natives," a term coined at the start of this century to describe younger millennials who, from childhood, were exposed to and engaged with new technologies and social media.

While it's true that such constant engagement with social media has negative consequences, particularly young adult mental health and self-image, I have come to appreciate this generation's adaptability and the unexpected positive effects that emerge from the digitally saturated context of their lives.

In talking with members of Gen Z — such as with a senior music therapy major and a junior marketing major at a dinner hosted by Nazareth College after I delivered a public lecture there last week — I am consistently affirmed in my intuition that Gen Z generally has what I like to call "highly calibrated BS detectors." They have only ever known a world in which advertisers constantly bombard them with targeted campaigns tailored to each person's online habits and interests. Because they are constantly being pitched marketing spin, they have developed new discernment skills and an exceptionally healthy skepticism of authority figures and institutions.

When talking with older generations about this Gen Z phenomenon, I often point to the enthusiasm among young people for Sen. Bernie Sanders' 2016 and 2020 presidential candidacies, which perplexed older pollsters and politicos alike. But if you consider for a moment that Gen Z's most valued characteristic is authenticity, regardless of your feelings about Sanders' political views, you cannot deny he has been consistent in his commitments and message for decades. It also doesn't hurt that a politician like Sanders supports many policies that often align with Gen Z's top concerns, such as income inequality and global climate change.

As a rule, Gen Z hates hypocrisy. This helps explain a number of things that I find so inspirational about these young adults. They are not interested in conventional arguments, nor are they swayed by the "wait your turn" or "we've always done it this way" attitudes of their predecessors. Their search for truth in the midst of a world saturated by "alternative facts" leads them to forge their own paths toward what they see as a more just, equitable and sustainable future. 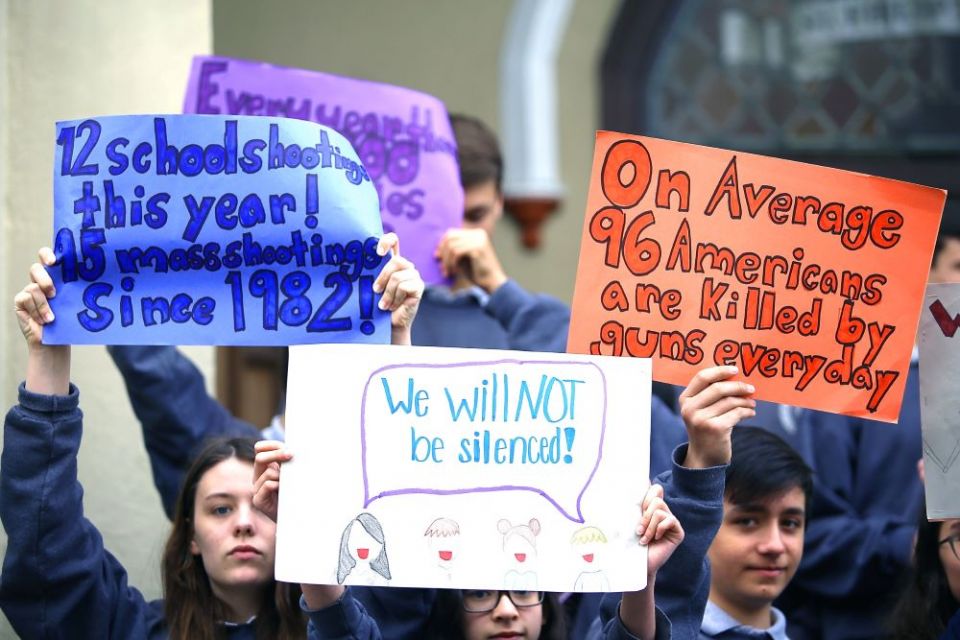 Students from St. Philip School in San Francisco were among thousands across the nation demonstrating March 14, 2018, marking the one-month anniversary of the murder of 17 people at Marjory Stoneman Douglas High School in Parkland, Florida. Young people responded to the shooting with a movement calling for gun safety legislation. (CNS/Catholic San Francisco/Debra Greenblat)

Members of this generation defied their cynical elders in the wake of the Feb. 14, 2018, school shooting and created an energetic and committed activist movement to promote gun control. In praising some of these Gen Z student leaders in Time magazine, former President Barack Obama wrote that the Parkland students refused to surrender to the usual post-mass-shooting pattern of "acrimony and paralysis." Instead, "This time, something different is happening. This time, our children are calling us to account."

Members of this generation are cleareyed about the real climate catastrophe facing the planet, refuse to pretend it is anything less than an existential crisis, and recognize that long after their parents and grandparents are deceased, they and their children will inherit whatever remains of this precarious world. Gen Z has founded influential political action groups like the Sunrise Movement and have world-recognized leaders like the Swedish teenager Greta Thunberg.

Members of this generation have disaffiliated in record numbers from all kinds of institutions including organized religion such as the Roman Catholic Church. In 2018 ahead of the Synod on Young People, Pope Francis challenged more than 300 young adults gathered in Rome to be courageous and direct in their assessment of their hopes and dreams, challenges and concerns. The result was the final report, Young People, the Faith and Vocational Discernment, which remains one of my favorite documents ever published by a Vatican office. It is respectful, but also honest and bold. The young adult authors note that they want authentic church leaders and pastoral ministers who acknowledge their humanity with humility.

They also say that they want to be treated as equal members of the church, which they are by virtue of their baptism. They convey that young adults are not "the future church," as they are so often viewed and treated by their elder leaders, but they are the church as much as any other baptized Christian. They want to be entrusted with co-equal leadership and responsibility that is rightfully theirs at the parish level and beyond.

We in older generations who overlook, ignore and dismiss these young adults should not be surprised when they walk away from institutional religion, righteously frustrated by the hypocrisy, impatience and willful ignorance they experience on a regular basis. In the United States, Gen Z is set to be both the most educated and diverse generation in history, which may explain, in part, why they are more comfortable with the diversity in gender, sexual and racial identities than their predecessors. Current church leaders in particular have a lot to learn from Gen Z in this regard.

When I am asked what gives me hope in these precarious times, I say without irony or condescension that Gen Z gives me hope. But it is a qualified hope because it can only translate into something real if us older folks step aside, relinquish our need for control, surrender our obsession with doing everything "our way" and embrace the humility necessary to support and empower our younger siblings.

Gen Z does not need our patronizing admiration, but our sincere respect and the opportunity to lead us, teach us and show us older folks what we are missing and where we need to go. After all, there is good reason that St. Benedict instructed in Chapter 3 of his Rule that when making decisions abbots should listen to the whole monastery, especially its youngest members because, "the Lord often reveals what is better to the younger."

Opinion | Why young adults of Generation Z give me real hope

What happened to the Catholic Church? (Part 1)