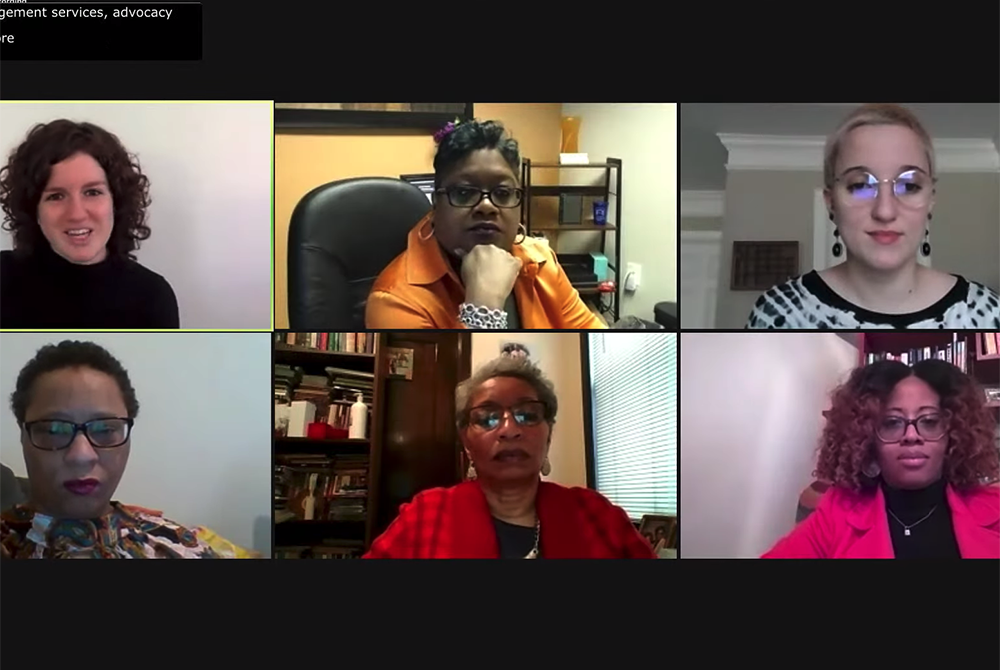 When Syrita Steib was incarcerated for 10 years, she got used to being called "inmate" or "convict," or being referred to using a number.

"When I was released from prison and someone would say Syrita, I wouldn't even respond, because I hadn't heard my name in 10 years," Steib said.

Now, as co-founder and executive director of Operation Restoration, an organization that provides education, health care and other services for formerly incarcerated women, Steib is trying to fight the dehumanization Black women face on a daily basis in interactions with the criminal legal system.

In a Feb. 4 online panel hosted by the Georgetown University Initiative on Catholic Social Thought and Public Life, Steib and other speakers discussed how the criminal legal system disproportionately harms Black women, and proposed looking for alternatives to incarceration that balance accountability with forgiveness and dignity.

Women are often ignored in discussions of incarceration because they make up only around 10% of the 2.3 million people incarcerated in the U.S., according to the Prison Policy Initiative.

But the female prison population has exploded in the past few decades. Between 1980 and 2019, the number of women in prison shot up by more than 700%, from roughly 26,400 to almost 222,500, according to a report by The Sentencing Project. Black women are incarcerated at almost twice the rate of white women, the report said.

"If we don't believe that women are inherently worse [than they were] 40 years ago, we have to also acknowledge that we are criminalizing things around women that are not normally criminalized," Steib said.

Some of the incarceration boom is due to the war on drugs, beginning in the 1970s, in which policymakers imposed stiff penalties for using or selling drugs (especially those typically used by Black Americans). Other racist "tough on crime" laws passed in the 1970s through the 1990s that ramped up policing and lengthened sentences also contributed, according to The Sentencing Project.

Much of this legislation was passed as violent crime rates were already declining and was deliberately targeted towards imprisoning Black people in the post-civil rights era, according to author and attorney Michelle Alexander.

"The war on drugs treated Black women as if they were just collateral consequences," said panelist Ashley McSwain, executive director of Community Family Life Services, which serves formerly incarcerated women. "We were well into this war and this crisis before we realized that women were being affected at alarming rates." 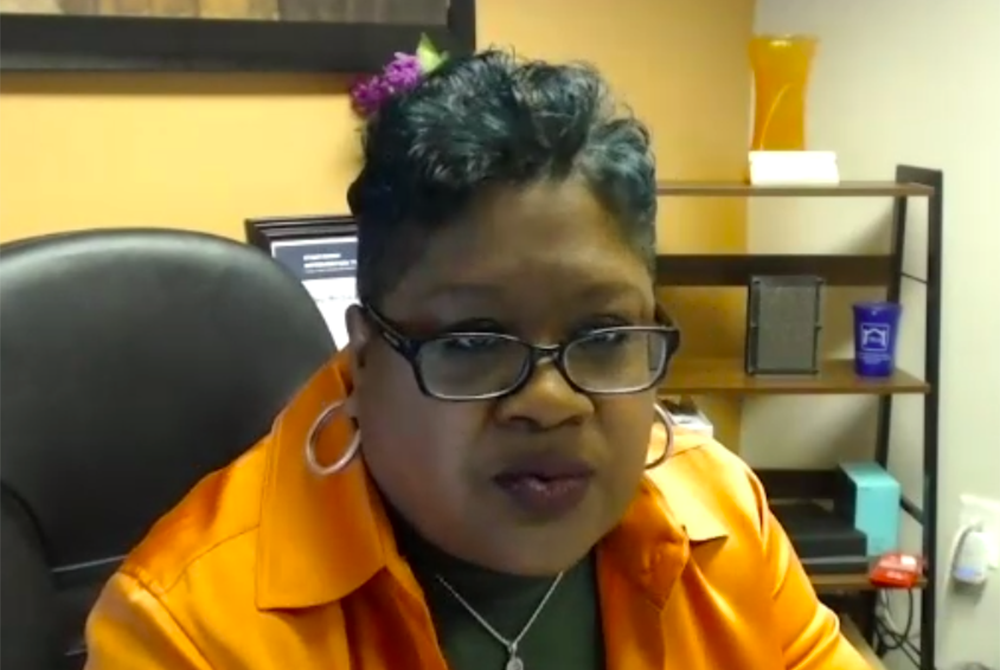 Black women, panelists said, have borne the brunt of these policies — both as prisoners and as support networks for incarcerated men.

"When you arrest a woman, ... you got her, her three kids, her grandma, an aunt — everybody's incarcerated when a woman goes to prison," McSwain said. "So the impact is huge, and we never seem to talk about that."

Black women's pain is often ignored by the broader society, Steib said, because they are often stereotyped as stoic superwomen whose emotional needs don't matter.

"We have marginalized [Black women] to being some type of mythical, non-humanistic figure in the language and the treatment we use," Steib said.

Davis said when she was incarcerated, she had to undergo full-body cavity searches after visits with her family. These were supposedly to prevent people from carrying in contraband inside their bodies, she said.

"One of the times was when I was on my cycle, and they took out the sanitary product. … That was so dehumanizing I cannot even begin to put it into words," Davis said. 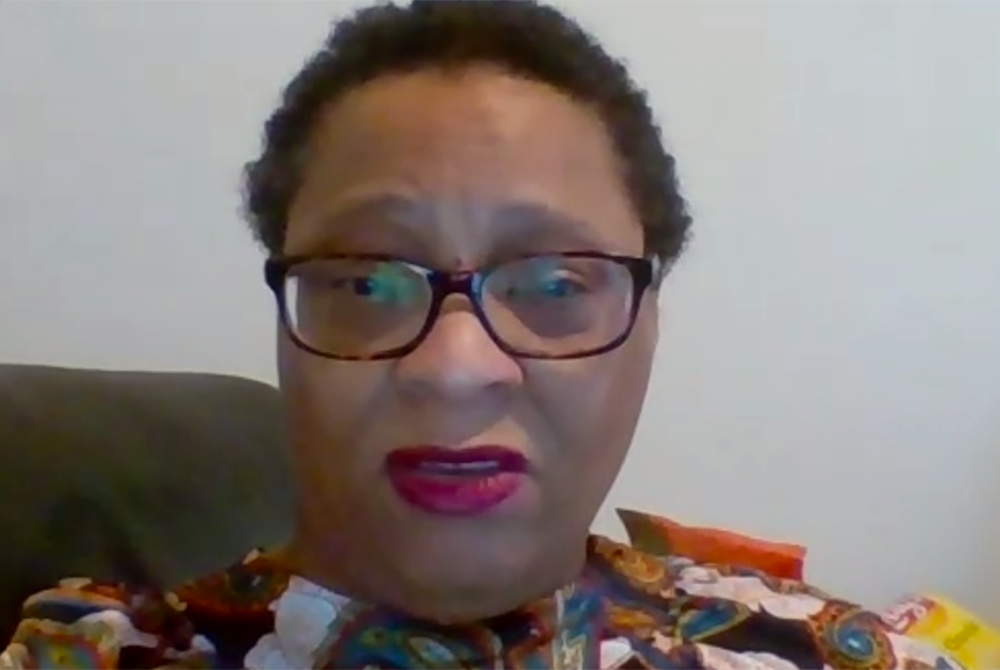 Black women in prison experience poor treatment specific to their gender, Steib said. For instance, when her organization began offering courses inside a prison, she found out many women didn't have enough menstrual products or toilet paper, and had to come to class in dirty uniforms.

This motivated her to fight — successfully — for her home state, Louisiana, to stop charging incarcerated women for menstrual products and provide them with an adequate supply. Many prisons and jails still charge women money they often do not have for these necessities.

Kimberly Lymore, pastoral associate at St. Sabina Church in Chicago and director of the Augustus Tolton Pastoral Ministry Program at Catholic Theological Union, said the abuse of Black women in prison does not comport with Catholic social teaching values about the dignity of the human person. All human lives, including those of people in prison, are "sacred and fragile" and worthy of respect, she said.

"You can't have life without a woman," Lymore said. "To dehumanize a woman in that way is not Christian, is not even morally right."

The rights of Black women involved with the criminal legal system are part of faith communities' call to defend Black lives, Davis said.

"As Black women, what we tend to do … is we try to take care of everybody else," Steib said.

Black women, she said, deserve to have other people fighting with and for them as well.

Part of that fight, Steib said, has to include questioning the basis of institutions like prisons that are rooted in white supremacy.

"There's no way to fix these things because they weren't created for anyone besides white men. … You can't fix something that wasn't inclusive from the beginning," she said.

Steib said America has a unique "fascination with punitive punishment."

The U.S. has the highest per capita incarceration rate in the world, and five to 10 times higher than its fellow NATO members, according to the Prison Policy Initiative.

Steib said many incarcerated women are survivors of sexual abuse or domestic violence. She herself survived sexual and physical abuse as a child prior to being incarcerated. That trauma, she said, was part of what led her to be incarcerated.

But her life experiences also taught her to question punitive approaches to harm, she said.

"The abuse that I've been subject to, you would think I'd be like, 'Yes, they have to be punished,' " she said. "But the thing that I've learned in this work is that hurt people hurt people."

She said policymakers need to look for community-based alternatives to incarceration and other, more humane ways of dealing with violence and mental health conditions.

McSwain agreed, adding that it's important for people to see support for incarcerated and formerly incarcerated Black women not as a "reward for bad criminal behavior" but as an essential part of rehabilitating women and helping them reenter the outside world.

The speakers said those who want to help support Black women involved with the criminal legal system should first listen to their stories without judgement and treat them with the dignity all people deserve.

"I think that we should all give each other grace," Steib said. She added, "We carry a heavy load as Black women in America, and a little bit of grace goes a long way."