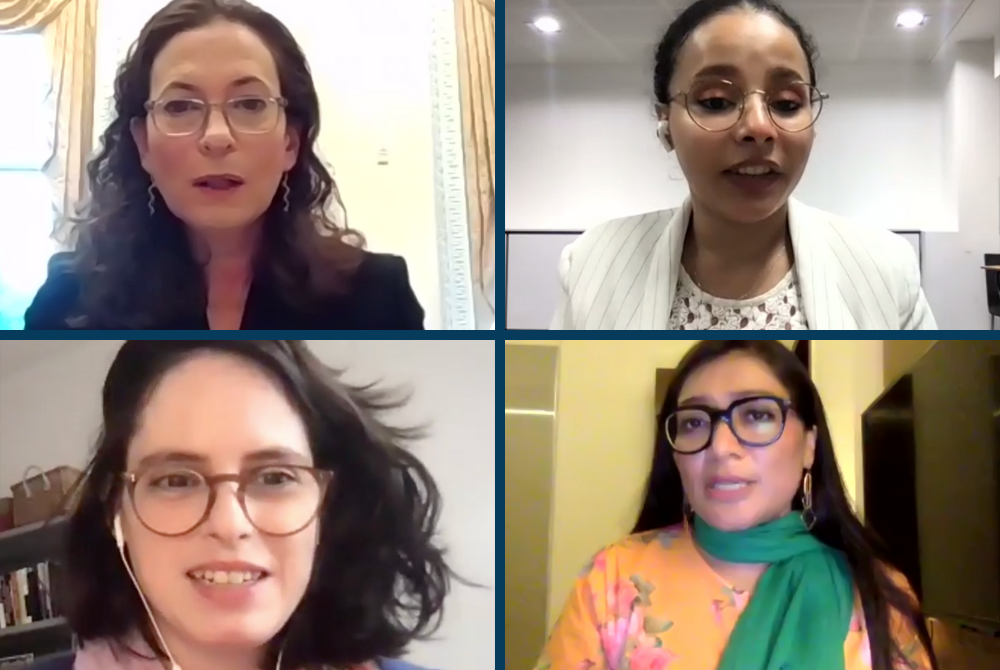 While the #MeToo movement in the U.S. and campaigns worldwide have raised awareness of sexual harassment and abuse, structures that harm women, children and marginalized people must be dismantled to end gender-based violence, advocates said in an online Georgetown University panel on June 22.

Jennifer Klein, co-chair and executive director of the White House Gender Policy Council, said the COVID-19 pandemic and the accompanying economic crisis has created a "shadow pandemic" of increased violence against women and girls worldwide.

Combating racism, sexism and other forms of oppression is crucial to protecting people from sexual harassment and gender-based violence, Klein said during the panel, which was hosted by Georgetown's Institute for Women, Peace and Security.

"Addressing these interrelated issues is essential as we work towards a society where women can access the full range of work opportunities, where they can access jobs, with dignity, in safe workplaces free of gender discrimination," she said.

Tarana Burke, herself a survivor, founded the "me too" movement in the U.S. in 2006 to support survivors of sexual violence. In 2017, actress Alyssa Milano and multitudes of other people helped the hashtag #MeToo go viral on social media as a way to raise awareness about the pervasiveness of sexual harassment and assault. The hashtag was used over 19 million times on Twitter within a year, according to the Pew Research Center.

Mass mobilization around the hashtag led people across the U.S. and worldwide to examine the culture of sexual harassment and abuse that women, children and other marginalized people face.

But despite years of work, women, children and other vulnerable people still face high rates of sexual harassment and assault, as well as other forms of gender-based violence, speakers said. 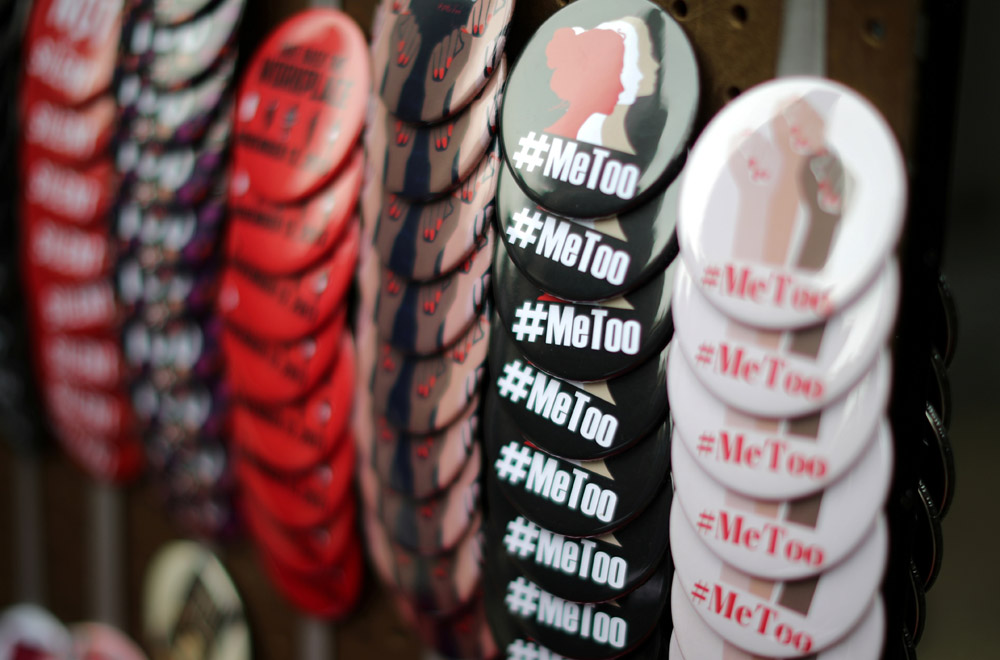 Fakhrriyyah Hashim, leader of northern Nigeria's #ArewaMeToo movement and Peace, Security and Development Fellow at the African Leadership Centre, said she has spoken to women across northern Nigeria about their experiences with sexual violence.

Hashim said most sexual abuse against children in Nigeria is perpetrated by family members, tutors and religious teachers who work in students' homes.

In addition, she said religious structures that label abuse as sin, rather than as a crime, protect those who abuse children from accountability.

"We have a strong culture of silence, that wraps these crimes in a veil that prevents reporting crimes, either through shaming victims, or this misdirected religious and cultural belief that society ought to protect the sins of one another within our communities," Hashim said.

She said Nigeria's indigenous mechanisms of conflict resolution haven't been able to deal with the scale of sexual violence in the country. Meanwhile, official state structures like the police and courts treat survivors of sexual abuse with disdain and dismiss their reports as "domestic issues" that should be dealt with at home, Hashim said.

Hashim said she's worked with young girls who've been raped, whose perpetrators were released to live in the same compounds as the survivors. Low-income people have an especially difficult time seeking redress when they are abused, she said.

"Unfortunately, this isn't an isolated response from the state, and essentially showcases structural violence from states, institutions and traditional structures that exist within our communities," Hashim said.

Manoela Miklos, a social scientist and curator of the #AgoraÉQueSãoElas (#NowIt'sThem) platform in Brazil, said sexual violence is part of a larger structure of gender inequality, racism and economic oppression.

She said sexual abuse needs to be understood through an intersectional lens, because women in low-income communities and Black women in Brazil are more likely to face gender-based violence than more privileged women.

To understand the scale of the problem and who is affected, Miklos said, the state needs to start collecting data on sexual and gender-based violence.

She said in Brazil, there is still a huge need for mental health care and legal services for survivors of sexual assault and other forms of gender-based violence. Local organizations are trying to provide these services, which she said the government has "persistently failed" to offer.

Nighat Dad, executive director of the Digital Rights Foundation in Pakistan — which works to combat online sexual harassment and abuse — said in her experience, it's important to look at the local context in order to combat sexual violence.

"A lot of policymaking that I have seen even in Pakistan looks westwards, which can work in some cases — however, there needs to be an understanding that [that] is not the universal experience or the universal process," Dad said.

Pakistan, she said, has two criminal defamation laws that make it very difficult for survivors to report abuse or assault for fear of being charged with a crime themselves.

Dad also said survivors need to be encouraged to come forward, rather than deterred by the bureaucratic process.

The news media also need to learn to talk about sexual violence more sensitively, she said.

"The power of the media is massive, and the wrong kind of messaging will inadvertently negatively affect the lives of many people, especially women who speak up," Dad said.

Miklos said in Brazil, the media is very male-dominated. She and other advocates asked male allies to hand over their platforms so that survivors and activists could speak or write about the issues themselves.

"It was something that I hope helped shed some light … on a certain assemblage of agendas that we had never actually spoken about before, and from places where the voices of women are never heard," Miklos said.

Dad, Miklos and Hashim said in the course of raising awareness about sexual harassment and gender-based violence, they had faced major backlash — including hate mail and death threats.

"I must admit that it is difficult to disengage from hate comments and trolling and abuse and rape threats and death threats," Dad said, "Especially to the level I have seen on my accounts. … But what keeps me going on are the women and men who are coming forward with their experiences of harassment, and nothing stops them."