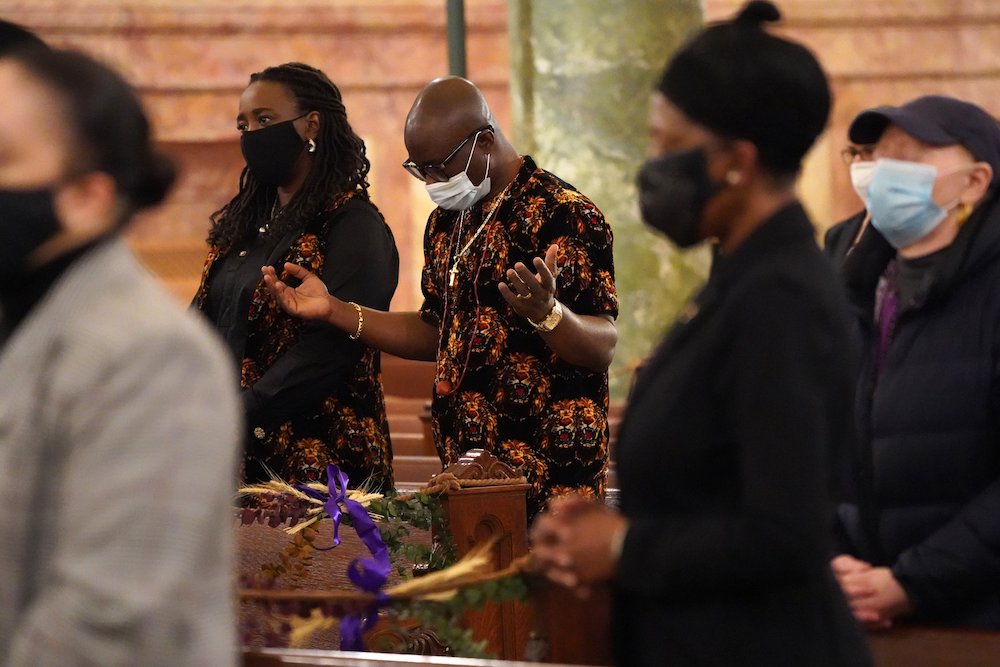 Worshippers pray during a Black History Month Mass of thanksgiving Feb. 28, 2021, at the Co-Cathedral of St. Joseph in Brooklyn, New York. (CNS/Gregory A. Shemitz)

The vast majority of Black Catholics say fighting racism and sexism is essential to their faith, yet the majority-white churches they often attend are failing to meet their needs, said speakers on a Feb. 25 panel on Black Catholics' faith and religious practices.

"We [Black Catholics] believe on some level that the church needs us sometimes more than we need the church," said Fr. Bryan Massingale, professor of ethics and theology at Fordham University and author of Racial Justice and the Catholic Church, during the panel.

The discussion, "Black Churches, Black Catholics," was hosted by the Fordham University Center on Religion and Culture. Speakers analyzed the results of a nationally-representative survey of more than 8,600 Black adults published in February by the Pew Research Center.

The study, speakers said, is one of the most comprehensive such studies on Black faith and religion in the U.S., allowing researchers to dig into the nuanced beliefs and practices of those in smaller subgroups, including Black Catholics, who make up 6% of the Black population, according to the survey.

Black Catholics are somewhat less religious by some measures than their Black Protestant peers, according to the survey. For instance, Catholics are less likely to say their faith is a very important part of their life and less likely to attend services at least once a year than Protestants, said Kiana Cox, a research associate at Pew who helped conduct the survey, during the panel.

But 82% of Black Catholics say their Blackness is a somewhat or very important part of how they think of themselves, similar to Black Protestants and people of other faiths.

By contrast, only 26% of Black Catholics said attending religious services is "essential" to their faith, and 22% said the same about opposing abortion, the survey found.

Massingale said because only 13% of white Americans say opposing racism is essential to their faith, Black Catholics' faith is not always well-served and their needs are not always honored in majority-white congregations. Black Catholics are less likely to report hearing sermons about race, voting rights and criminal justice than their Protestant peers.

"And it's not the whiteness of the congregation that's the problem," Massingale said. "It's the unwillingness of the white community to engage those issues, which are existentially important for African American believers and for Black Catholics."

The race of the other congregants is only a priority for one in 10 Black Catholics when seeking a place to worship, but the vast majority (around eight in 10) said they look for inspiring sermons and a sense of welcome. 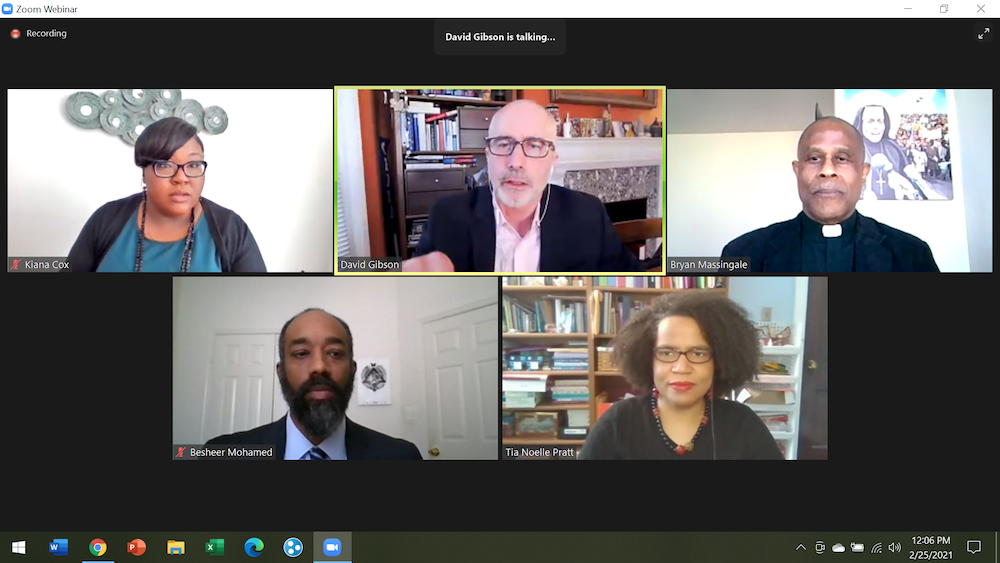 Massingale said the church does not respond to the needs of Black Catholics and value their contributions. This, he said, may account for what he called the "Black Catholic exodus."

According to Pew's data, only 54% of Black people raised Catholic remain in the church as adults, he said, compared to more than 80% of their Protestant peers and about 60% of white Catholics. Most of those who leave the Catholic Church become either Protestant or unaffiliated, according to the survey.

Black people who remain Catholic often do so because the church is their spiritual home and they know how crucial their contributions are to that church, she said.

"This is my church, too, and I'm not going to let them mess it up," Pratt said. "If people who are doing this work, who think about these things — if we go, then what's left in this church? And so we've got to keep pushing, we've got to keep fighting the fight and doing the work."

Massingale said there have been times when he has been so fed up with the Catholic Church that he has had one foot out the door. But he also feels that the church is his home.

"We have an essential contribution to make to the church," Massingale said. "To make the church to be universal, in fact, and not just in rhetoric. ... I think there's this sense of mission. This is where God wants us to be."