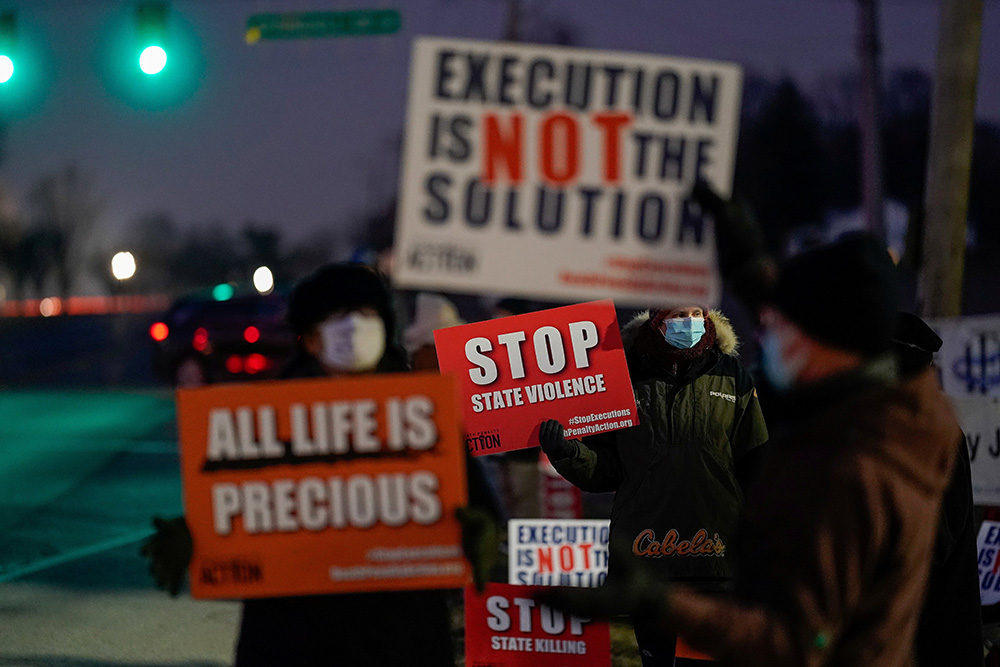 Demonstrators in in Terre Haute, Indiana, gather to protest the execution of Lisa Montgomery Jan. 12. She was put to death by lethal injection early Jan. 13 at the federal prison in Terre Haute soon after the U.S. Supreme Court lifted a hold on her execution. (CNS/Reuters/Bryan Woolston)

The Trump administration's last full week in power will likely be a deadly one, with three federal executions scheduled over the course of four days.

Other executions are planned for Corey Johnson on Jan. 14 and Dustin Higgs on Jan. 15.

"There's a seemingly insatiable vengeance in this administration. ... We are looking at an administration that is hellbent on these executions," Krisanne Vaillancourt Murphy, executive director of the Catholic Mobilizing Network, said in a Jan. 8 webinar.

In the webinar, hosted by the Georgetown University Initiative on Catholic Social Thought and Public Life, Murphy and her fellow speakers said Catholics and other people of faith have a moral duty to end the death penalty and resist policies that treat human beings as disposable.

In 2020, the federal government executed 10 people, the most since 1896. It was the first year in U.S. history in which the federal government executed more people than all the states combined, according to a report by the Death Penalty Information Center, during a period when executions overall have been steadily declining for years and many states have stopped them altogether.

Bishop Daniel Flores of Brownsville, Texas, a panelist, said for Catholics, ending the death penalty is part of a consistent ethic of life that requires defending human life from beginning to end.

"The love for human life is not contingent on when it is convenient, or in the easy cases, but it is in the difficulty of it, when it is difficult to love," said Flores. 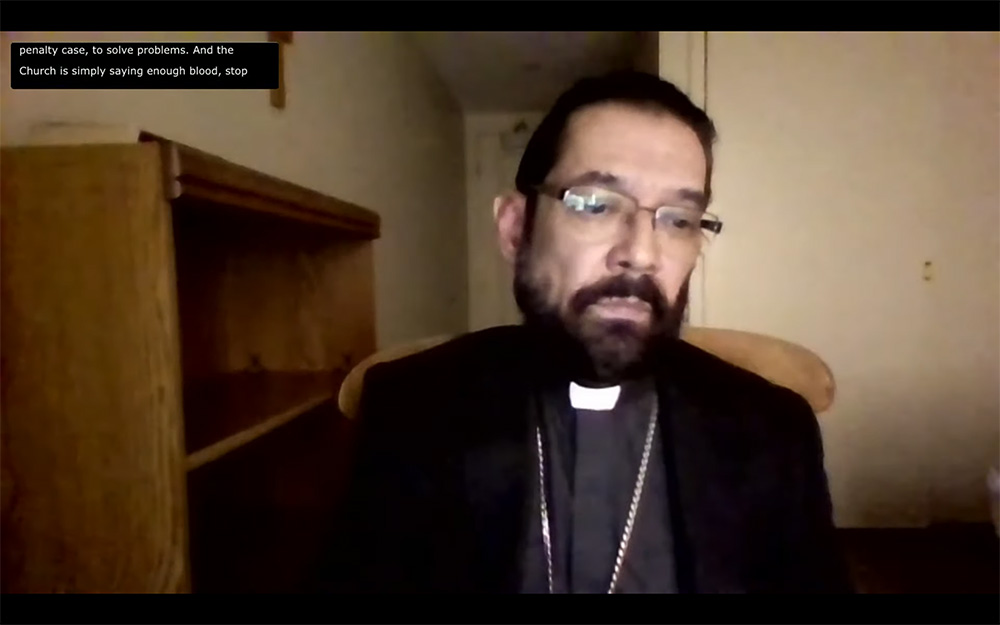 In his October 2020 encyclical Fratelli Tutti, Pope Francis made the church's opposition to the death penalty clearer than ever, writing, "Today we state clearly that 'the death penalty is inadmissible' and the Church is firmly committed to calling for its abolition worldwide."

As of 2019, two-thirds of the world's nations no longer used the death penalty, and over half had abolished it entirely, according to Amnesty International.

When the U.S. and state governments take life, all those they represent are implicated, Flores said.

"This government is us, in the end, and we're all responsible," he said.

The state should not take human life, and it should not kill in the name of the American people, said the Rev. Jack Sullivan Jr., executive director of the Ohio Council of Churches, during the webinar. He said it was "embarrassing" that the government would "replicate the value systems" of those who kill other people.

In 1997, Sullivan's own sister was murdered, yet his family did not seek the death penalty.

"Anyone who has lost a loved one to murder can tell you — executions do not give us wholeness, do not restore us, do not help us to grieve," he said. "They are simply hollow instruments of death." 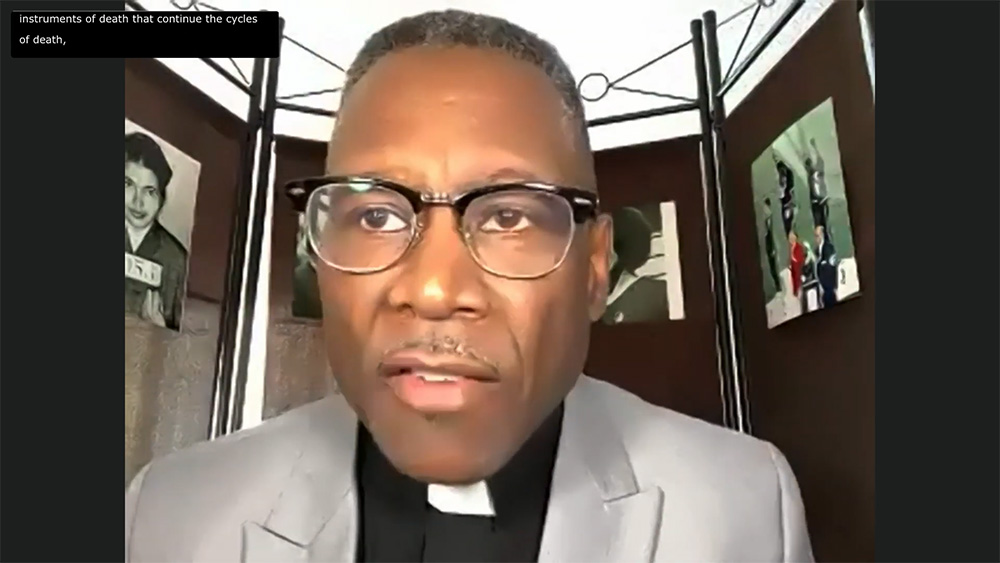 The Rev. Jack Sullivan Jr., executive director of the Ohio Council of Churches, speaks during the Jan. 8 webinar on ending the death penalty. (NCR screenshot)

After the Civil War, the report says, the death penalty was sometimes used in the South as an "acceptable alternative to lynching," to defuse white mobs' desire for vengeance against Black people. Data in the report shows that since 1972, rates of executions in the U.S. are highest in states where lynchings of Black Americans were common during the post-Reconstruction era.

In 2020, Black people made up 42% of the death row population, according to the Death Penalty Information Center, despite representing only 13% of the U.S. population. Roughly 34% of those executed since 1976 have been Black, according to the center.

Murders of white people are far more likely to be punished with death than murders of Black people, according to the center's report.

In a 1987 Supreme Court case, McCleskey v. Kemp, defense attorneys representing a Black man sentenced to death for murdering a white police officer presented evidence that Black people convicted of killing white people were far more likely to be sentenced to death than other people convicted of murder. The Supreme Court declined to overturn his sentence.

Nearly half of the people the Trump administration has executed or scheduled for execution are Black, according to USA Today. Montgomery was white, while Higgs and Johnson are Black.

"We know racism is real, systemic racism is real, white supremacy is real, and these affect policy decisions in our land, particularly with respect to criminal justice," Sullivan said in the webinar.

He added that class also plays a role in determining case outcomes, quoting the adage, "If you don't have the capital, you get the punishment." Studies suggest that people on death row are almost always low-income or poor. According to the Equal Justice Initiative, people with severe trauma and mental illnesses are also overrepresented on death row.

"Rather than executing people who are themselves victims of trauma, violent injury, or disease as a symbol of society's moral outrage about violent crime, we should dedicate our resources to providing mental health care and support that would actually reduce violent crime in our communities," the initiative said in a report on its website.

According to the Equal Justice Initiative, the death penalty does not deter homicide. States that use it often have higher homicide rates than those that do not.

Furthermore, Sullivan said many people who are sentenced to death are wrongfully convicted. Since 1973, more than 170 people on death row have been exonerated — over half of them Black, according to the Death Penalty Information Center.

"You can't take torture out of the death penalty," Prejean said. "You can't take a conscious, imaginative human being, put them in a cell for 20 years, and on a designated night take them out and kill them — what these three human beings [Montgomery, Higgs and Johnson] are going through right now."

Prejean said her commitment to ending the death penalty was ignited when she witnessed the 1984 execution of Elmo Patrick Sonnier. She said her friend was shackled hand and foot, surrounded by guards and restrained before being killed. Afterward, she stumbled outside and vomited.

In those days, she said, religious people were some of the most avid supporters of the death penalty. Even Pope John Paul II allowed for its use in cases of "absolute necessity." Prejean said she spoke to the pope directly, urging him to see that any exceptions could be exploited to justify executing people.

"Does the Catholic Church only uphold the dignity of innocent life?" she said.

But the practice is on the decline. Ten states have abolished the death penalty since 2004, according to the Equal Justice Initiative, and two more imposed a moratorium on executions.

After peaking at 98 in 1999, the number of annual executions has trended steadily downward, according to the Death Penalty Information Center. The year 2020 saw the fewest new death sentences in the modern era, and the lowest number of executions (17) since 1991, the center reported.

Public opinion has slowly turned against the death penalty since the 1990s as well. In 2016, just 49% of Americans supported the death penalty for people convicted of murder (with 42% opposed), down from a high of 80% in 1994.

Murphy and Prejean said these changes are signs of hope for the death penalty abolition movement. Murphy said ending it for good calls for each person to do their part.

Murphy called on people with influence — priests, teachers, chaplains and faith formation leaders — to talk about ending the death penalty as a life issue. She said Catholic Mobilizing Network has resources, including book and movies lists with study guides and other information to help educate people on the death penalty and "humanize" the issue. 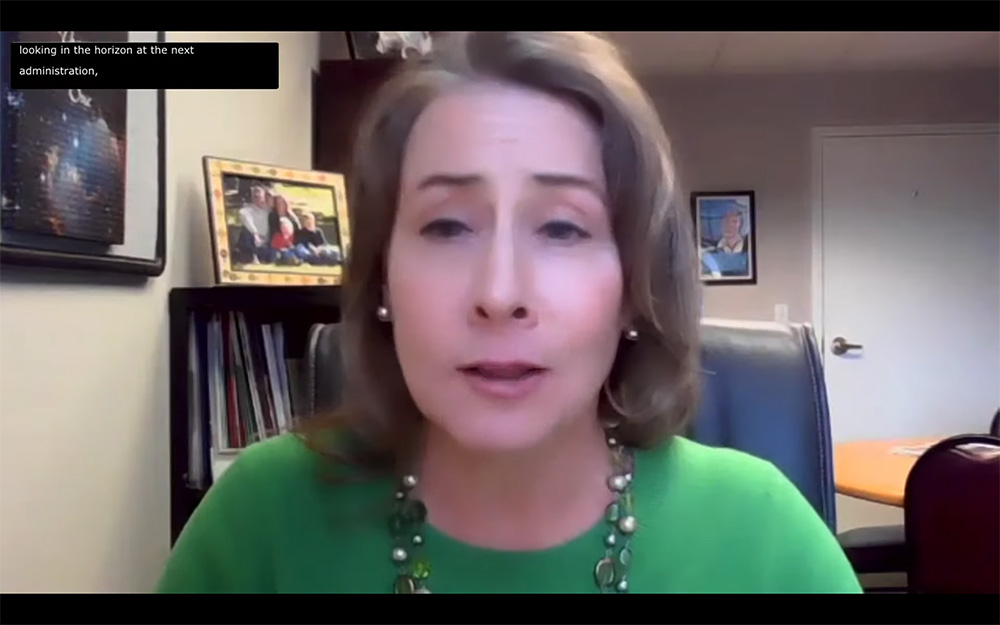 The network is also hosting virtual prayer vigils for each of the people set to be executed by the Trump administration at 2 p.m. Eastern Standard Time on the days of their scheduled executions.

Supporters of Higgs and Johnson have also created petitions to urge the government to stay their executions. Advocates for Montgomery created a clemency petition for her, but the Trump administration rebuffed their attempts to have her sentence commuted to life in prison without parole.

President-elect Joe Biden has said he will work to end the use of the death penalty, and progressive Democrats are pushing him to make it a priority for his presidency.

The Catholic Mobilizing Network started a petition to the incoming Biden administration to "honor the sanctity of life by prioritizing an end to the federal death penalty."

The petition calls on Biden to declare an official moratorium on federal executions, commute the sentences of all people on federal death row and push Congress and state governments to pass laws abolishing the death penalty.

Prejean said people can also write op-eds, petition their state and federal attorneys general and talk to their peers and fellow parishioners about ending the death penalty.

Sullivan said as an African American, he has known what it feels like to "be considered part of a throwaway culture and people in this country."

He said for people of faith, protecting the dignity of others — even those who have hurt us the most — is essential.

"There are no throwaway people," he said. "And we must never accept any notion that says that is true, that people are disposable."