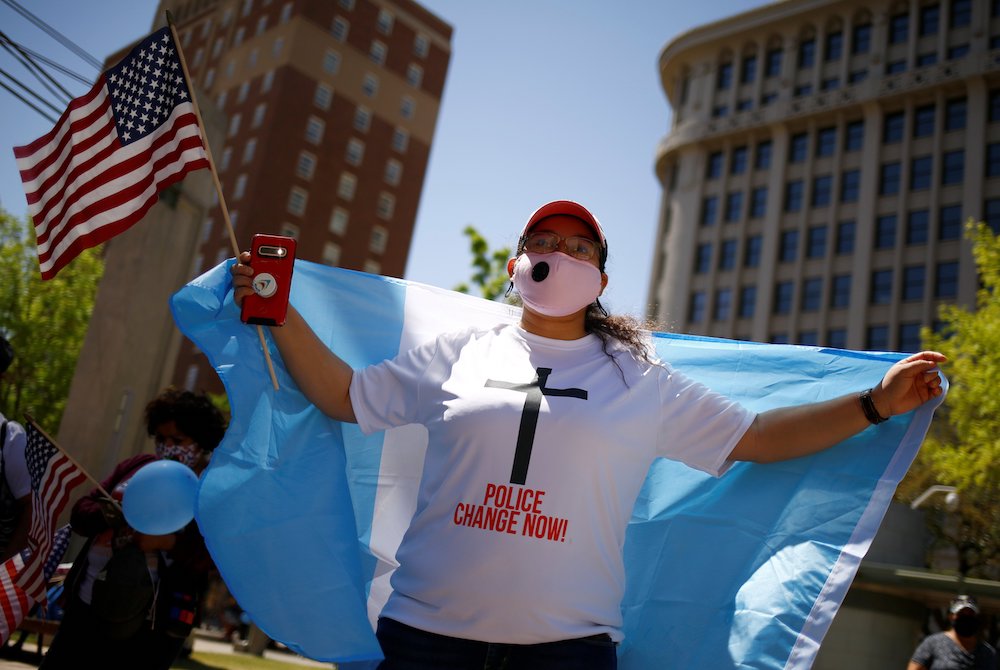 A woman wearing a shirt that reads "Police Change Now!" attends a march with members of the Border Network for Human Rights and the Reform Immigration Alliance for Texas in El Paso, Texas, April 10, 2021, to launch the new "We Are The 11 Million" campaign demanding immigration reform and a pathway to citizenship for all immigrants living in the U.S. without documents. (CNS/Reuters/Jose Luis Gonzalez)

Comparing the United States to a large family of mixed immigration status, panelists in a virtual discussion on May 25 said Catholics need to do more to combat racism and defend the dignity of immigrants.

"Human dignity is the bedrock. … It is a keystone for this conversation," said Nichole Flores, a theologian at the University of Virginia, in the panel, titled "The Ethics of Immigration" and hosted by the Lumen Christi Institute. "[It] helps us to think about the purpose of a border, the purpose of a state authority, the purpose of human rights."

Flores said Catholic tradition can offer a lot of wisdom to debates around immigration policy. Because the church is global, Catholic perspectives on immigration consider the needs of those in all nations.

The Catholic social teaching principles of preferential option for the poor and workers' rights support protecting immigrants, she said. The Biblical story of the relationship between Ruth, a young widow from a foreign nation, and Naomi, her mother-in-law, gives an example of navigating intergenerational and intercultural tensions, Flores said.

The Catholic Church, however, hasn't always taken its responsibility to fight racism and defend immigrants as seriously as it should, she said.

"One of the challenges we face as a church today, at every level, is that we're a bunch of hypocrites," Flores said. "We're over here saying, 'Every life matters in the womb.' But we cannot say 'Black lives matter.' "

In the summer of 2017, when self-proclaimed white nationalists marched in Charlottesville, Virginia, where her university is based, Flores said she was disappointed to see that local Catholic churches didn't encourage their members to show up as counter-protestors the way other faith communities did.

In the aftermath of the rally, however, she did start to see churches in the area coming together to discuss race and racism within their parish communities.

"I don't know why Catholics are so uncomfortable discussing race and racism … even though we have witnessed … the negative ramifications of the way whiteness has structured our understanding of what it means to be a citizen," Flores said. "Catholics should be allergic to that."

Panelist Victor Carmona, a theologian at the University of San Diego, said Catholic parishes are often segregated due to historical and ongoing housing discrimination, including redlining — a practice in which banks refuse to lend to homeowners in "high-risk" neighborhoods where the majority of residents are people of color.

In order to advance justice — or even to have a parish "fiesta"— people need to come together and be willing to work together across differences, he said.

"It takes a willingness to take on the messiness of 'fiesta,' and I think we're missing that in our parish life," Carmona said.

Catholic churches in the U.S. are also lagging behind their Protestant counterparts in terms of offering sanctuary to undocumented immigrants in danger of deportation, he said.

They could learn from Catholic bishops in Mexico, who worked to shelter immigrants even when doing so was against the law, Carmona said. 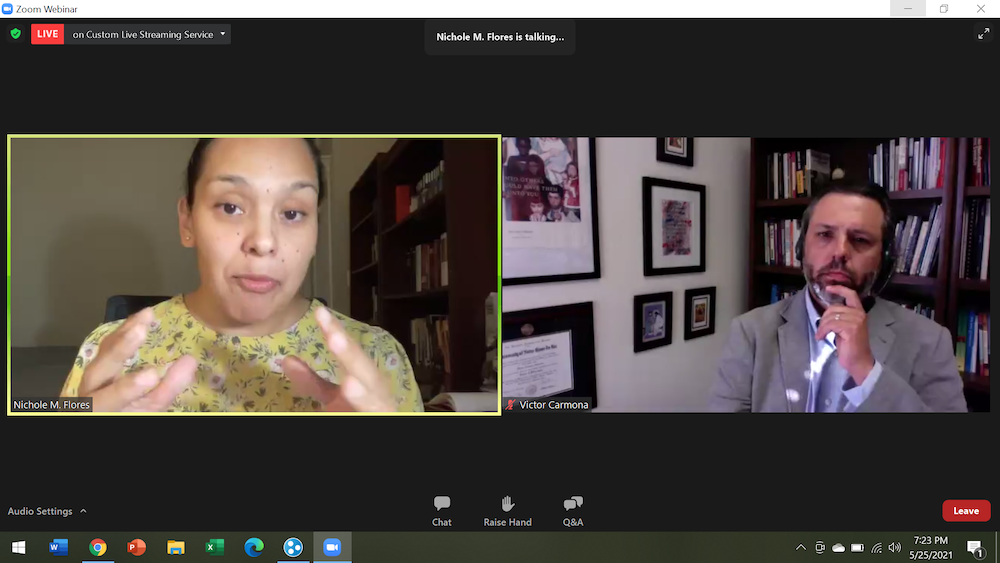 Catholics should think of the United States — and the global community — as a big, messy, "porous" family with mixed immigration status, like many Latino families in the U.S. and beyond, Flores said.

"Our obligations to one another are important to reflect upon within that framework," she said. "What do I owe my neighbor, my family member who is of a different documentation status?"

Genuine human connections are more powerful than policy debates, Carmona said. He said he has spoken to lots of people who express bigoted views about immigrants, but when they make the connection to someone they know who is an immigrant, their perspective changes.

"Our paradigm of … 'them versus us, immigrants versus citizens' — that's not how reality works," Carmona said. "We're actually bound together in the messiness of daily life at home, in the parish and work, at school and at the universities."