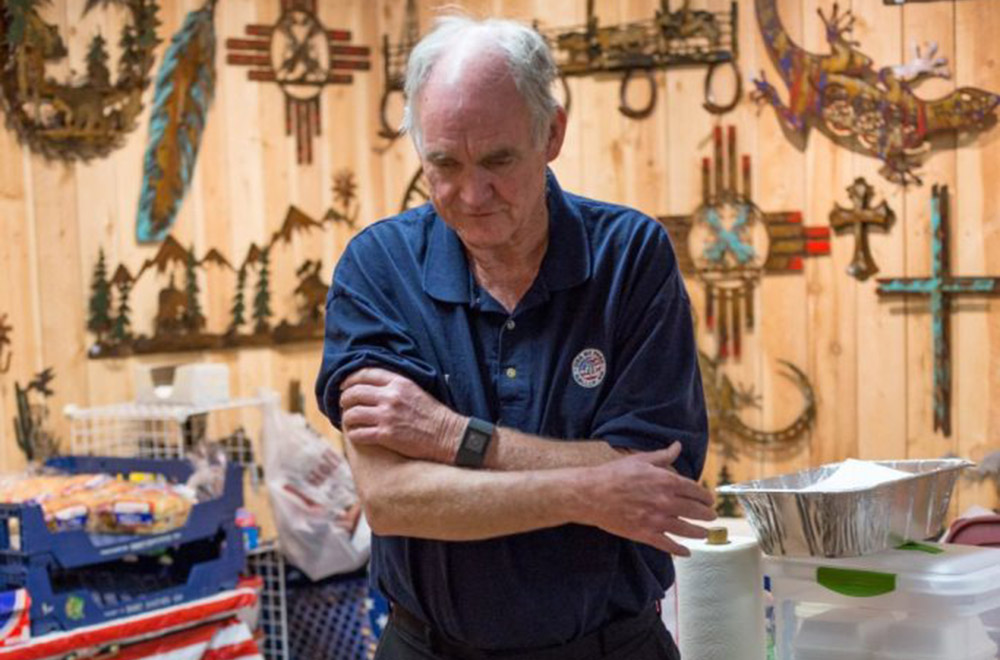 John Moore, before launching on his 2,800-mile cross-country walk to the Jan. 18 March for Life in Washington, D.C. (Voice of the Southwest/Suzanne Hammons)

What is the church doing to help single mothers? Kaya Oakes takes a look at the question in America magazine.

In turn, Jenny Uebbing, mother of five and a well-known Catholic blogger, posts a humorous and helpful look at minimalism and family life. A parishioner of St. Mary Parish in Littleton, Colorado, Uebbing introduces her reflection by noting, "I've been an armchair minimalist since before minimalism was a buzzword. Eight moves and 5 kids in less than 10 years of marriage means I've honed the fine art of 'do we really need this?' to a science." 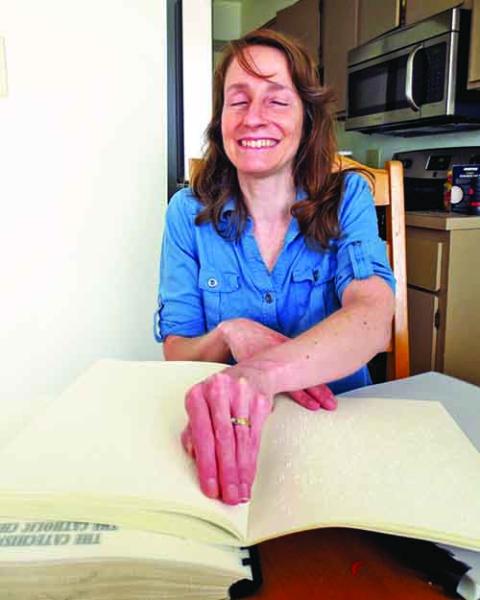 Chicago's Immaculate Conception and St. Joseph Parish fields an active group of parishioners dedicated to "finding opportunities for ICSJ Parish to assist refugee families in finding a safe haven from persecution and war." The ICSJ Parish Refugee Effort recently worked with its sister parish, St. Teresa of Avila, to welcome a widow with a 14-year-old son and 8-year-old daughter.

A member of St. Luke the Evangelist Parish in Indianapolis, Bridget Bowers has embraced helping visually impaired Catholics enhance their faith lives. Blind since birth, Bowers converted to Catholicism nearly three years ago, aided by materials produced by the Xavier Society for the Blind. Here is an audio version of a feature story on Bowers.

Also out of Indianapolis: Shea McMahon, who grew up in the city's St. Jude Parish, says he walked away from his Catholic faith in college. The young man shares how he found his way back through encouragement of friends and walking nearly 600 miles through France and Spain on El Camino de Santiago.

Speaking of walking long distances, John Moore of St. John Vianney Parish in Gallup, New Mexico began walking on behalf of "the unborn and all human life" last April in San Francisco. Supported logistically along the way by his daughter, Laura, the 68-year-old Knight of Columbus hopes to arrive in Washington, D.C., in time for the Jan. 18 annual March for Life. He spoke with Columbia magazine about the nearly 2,800-mile endeavor. 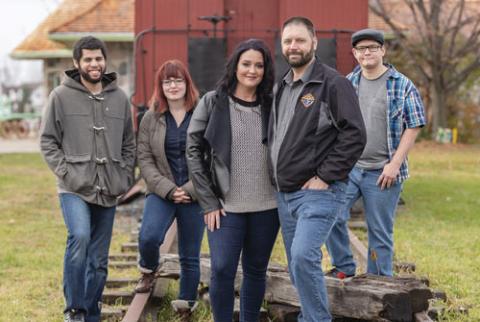 Patti and William "BJ" Harrison stand with their three children, from left, Austin, Brooklyn and William, in Ontario. (Derek Cookson)

There is also an annual March for Life in Ottawa, Ontario, Canada, this year set for May 9. One of the speakers last year was Patti Harrison, a young woman who survived teen pregnancy, substance abuse, abduction and brutal abuse to arrive today at a stable family life.