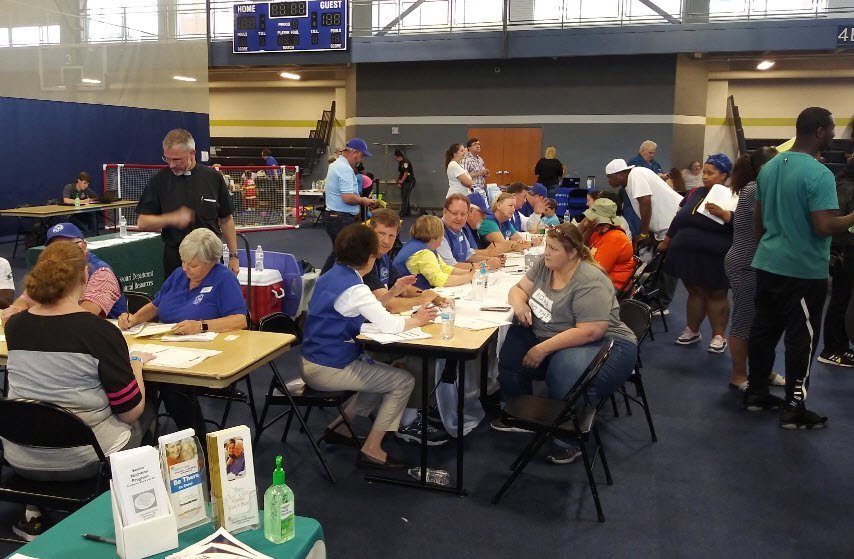 St. Louis and Central Missouri volunteers from the Society of St. Vincent de Paul assist victims of a May 22 tornado during a Multi-Agency Resource Center (MARC) event in Jefferson City. (Courtesy Catholic Charities of Central and Northern Missouri)

Actor, director, playwright George Elliot has written a screenplay, "Lost in the Shadows," that traces the life of a Portland, Oregon, sex trafficking survivor. A member of the city's St. Therese Parish, Elliot and the production crew hope to begin shooting the independent film this fall. 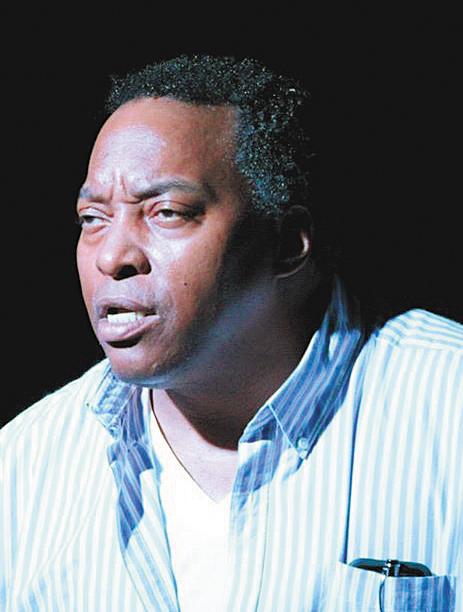 "In the Portland area, about 600 minors and nearly 1,200 adults are being trafficked for sex, according to estimates from the Multnomah County Sheriff's Office," reported the Catholic Sentinel newspaper.

Blessed Sacrament Parish in Lexington, Nebraska, offered a presentation on the work of the Neonatal Intensive Care Unit Helping Hands Angel Gowns program at the parish's annual Spring-A-Ling event.  Based in Fort Worth, Texas, the national Angel Gowns ministry provides families free burial clothing for babies that is hand-sewn from donated wedding dresses.

In an anonymous reflection carried in The Evangelist newspaper of the Diocese of Albany in New York, the writer shares how a person can be struggling with depression while close friends or even a spouse might not realize it.

Every student at Jefferson Elementary School ("the Tigers") in Cape Girardeau, Missouri, qualifies for free meals during the school year, but that nutritional option ends with summer dismissal. The Friends of Saint Francis Foundation fills the gap through the Summer Tiger Bites Feeding Program and also supports the children and their families during the school year with backpacks of food sent home on Fridays.

Elsewhere in that state, in the Diocese of Jefferson City in Missouri, individuals, parishes, St. Vincent de Paul conferences and Catholic Charities of central and northern Missouri played key roles in helping people affected by late-May tornadoes and widespread flooding in the area.

Also in Missouri, in the St. Louis Archdiocese, Bertha and Andres Morales, immigrants to the U.S. in 1972,  were among the first Latino families to begin attending Our Lady of Guadalupe Church in Ferguson when the parish initiated Spanish-language masses in 1993, and the couple were pioneers of ministry to migrants in that area. While Andres died in 2002, Bertha has continued her support of U.S. newcomers often via the family's restaurant. Today, Our Lady of Guadalupe is home to nearly 750 Latino families.