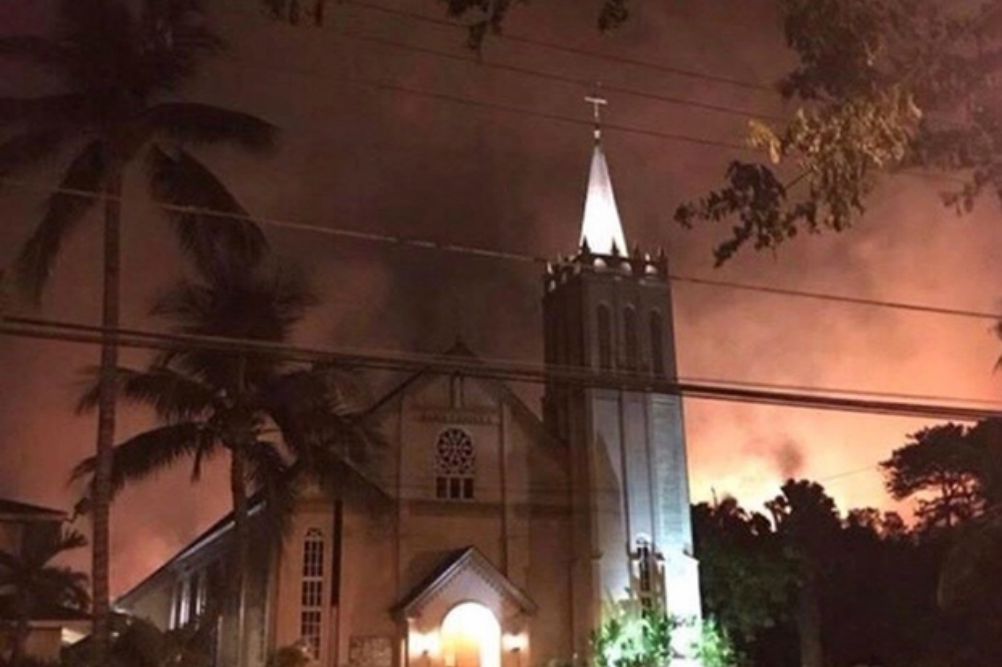 Maria Lanakila Parish on the Island of Maui, Hawaii, was threated August 24 by fires associated with Hurricane Lane. (Courtesy of The Hawaii Catholic Herald/Jen Williams)

Maria Lanakila Parish on the Hawaiian island of Maui and its parish school came within a short distance of becoming added to the 22 structures on the island ravaged by fires associated with Hurricane Lane last month. Both facilities had been evacuated. 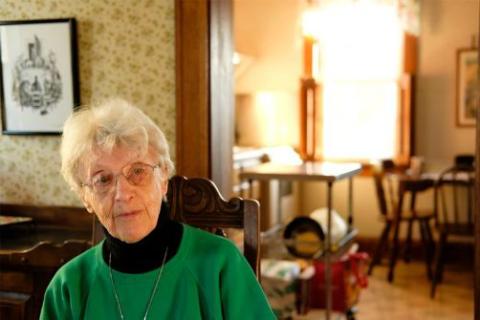 Founded and overseen by the Sisters of St. Francis of Dubuque, Iowa, Iowa's Clare Guest House in Sioux City has been a transitional residence for more than 100 women on their release from pr ison over the past decade. Franciscan Sr. Gwen Hennessey, who helps direct the five-bedroom facility, is no stranger to jail time herself — having served six months in a federal facility in Illinois after being arrested with her sister, Dorothy, who is also a Franciscan, and 11 others in 2000 during a nonviolent protest at the former U.S. Army School of the Americas in Fort Benning, Georgia.

Clare House residents have ranged in age from 19 to 64, with educational backgrounds varying from eighth grade to master's degrees. Nearly all of the women, however, share a history of substance abuse.

Catholic Worker Daniel Wilson pens a moving and informative account of volunteer work with No More Deaths, a humanitarian organization that stations food, water and other supplies in various sites in the deadly Sonoran Desert for immigrants seeking to enter the U.S. over that route. No More Deaths has released videos of U.S. Border Patrol agents sabotaging the supplies, something that news outlets have reported as routine.

Dozens of faith leaders and immigrant advocates met in early August in Ajo, Arizona, to bring attention to what they described as criminalization of humanitarian aid and a crisis of death and disappearances in the desert.

A Catholic youth activist and an Ontario, Canada, pastor share thoughts on their tattoos and about they view indelibly marking one's skin with a religious image. Fr. Robert Mignella, pastor of Brampton's St. Marguerite D'Youville Parish, calls his tattoos of an acronym for "Reaching Always for Him," calla lilies, and a shortened version of Psalm 63:6 ("… on you I muse through the night") compelling for him. Active with NET (National Evangelization Teams) Canada and NET Australia, young Emma Fradd says her tattoo of Our Lady of Seven Sorrows reminds her to imitate the Virgin May in living a life of faith and joy. 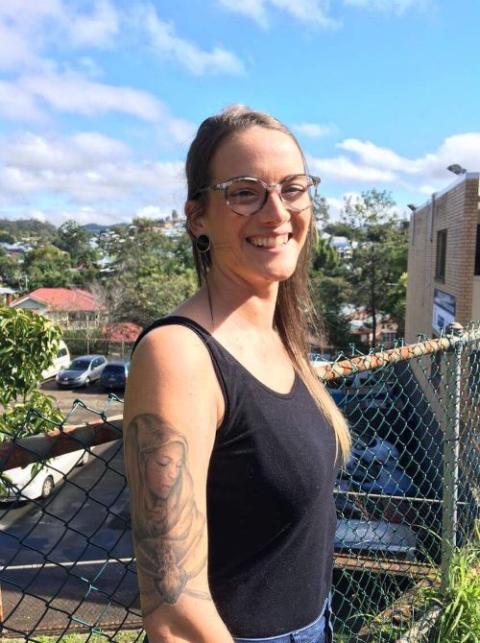 Catholic youth activist Emma Fradd says her tattoo of Our Lady of Seven Sorrows reminds her to imitate the Virgin May in living a life of faith and joy. (Courtesy of Emma Fradd via The Catholic Register)

Recent years' influxes of Latin Americans as well as Catholic immigrants from Vietnam and the Philippines have led to a significant church building expansion in the Archdiocese of Portland, Oregon.

The pastor of St. Joseph Parish in Bound Brook, New Jersey, has reportedly been removed from ministry while the Diocese of Metuchen reexamines allegations against him. A native of Peru, Fr. Alfonso R. Condorson, formerly known as Alfonso de Condorpusa, was accused of unwanted sexual advances on a 24-year-old male parishioner in 1997, reports Catholic News Agency. The watchdog organization BishopAccountability.org reports the priest was "dismissed from position at seminary in the late 1990s for inappropriate sexual behavior" and was also "accused of inappropriate relationships with two bishops." Condorson is said to have close ties to Metuchen Bishop Emeritus Paul Bootkoski who authorized settlements to alleged sexual misconduct victims of retired-Archbishop Theodore McCarrick when Bootkoski served as a chief aide to McCarrick while archbishop of Newark. McCarrick ordained Condorson in 1995 in the Newark Archdiocese.