In an insightful and delightful essay in the May issue of U.S. Catholic magazine, Annemarie Scobey writes that while the Jesuit Volunteer Corps "tagline" is "Dare to Change," the unofficial motto used by veterans of the corps is "Ruined for Life."

Scobey and husband Bill's son, Jacob, currently lives in Atlanta with "his community of five other Jesuit Volunteers and works as a case manager with the International Rescue Committee, a global nonprofit assisting refugees in navigating U.S. social service systems." Annemarie and Bill have also worked volunteer immersion assignments.

The experience, she reflects, "tilted my heart and mind toward those at the margins. It affected the way Bill and I have approached our marriage; it informed our decisions regarding fostering and adopting children; it eventually led to my career in corporate social responsibility."

June 1 marks the opening of hurricane season in the U.S. East and Gulf Coasts as well as for Caribbean nations. Noting the "powerful trifecta of hurricanes" — Harvey, Irma and Maria — that wrought loss of life and massive destruction, Malteser International Americas has created "Hurricane Preparedness Tips" for families in both English and Spanish. The global relief organization is an offshoot of the Order of Malta.

In response to those three hurricanes as well as earthquakes in Mexico, U.S. Catholics reportedly donated nearly $59 million.

Preparedness is also the focus of efforts in the Diocese of Fort Worth in Texas that began before the mass shooting at First Baptist Church in Sutherland Springs, Texas, on Nov. 5, 2017, that left 26 dead. Fort Worth Bishop Michael Olson reminded parishioners of the ongoing work May 18 in a statement asking prayers and support for the victims and families of a shooting that morning at Sante Fe High School near Houston that left 10 dead.

"Parishioners of Sacred Heart Parish in the town of Pahoa" in Hawaii's Puna District "are opening their hearts, their homes and their parish hall to those forced to flee the lava flowing from cracks in the ground in their neighborhood," reports the Hawaii Catholic Herald via NCR.

And, despite having been flooded in April, the Catholic mission church of St. William on the Island of Kauai has become a relief center. The Kauai flooding, six islands and 350 miles from the area of current volcanic activity, is unrelated to the eruptions. 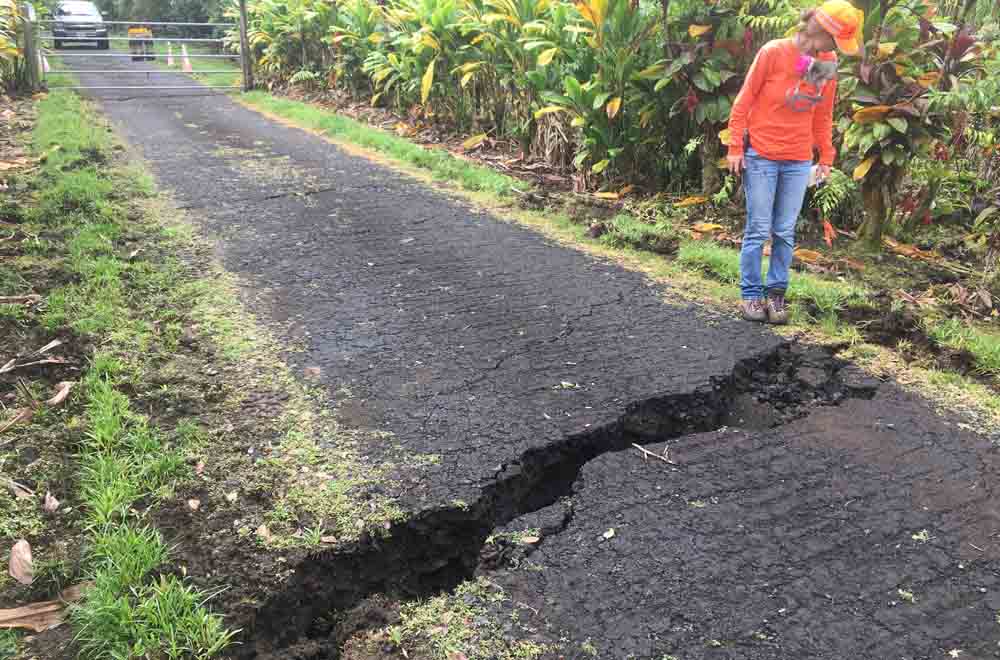 A geologist inspects a crack on Old Kalapana Road on the Big Island of Hawaii May 10. (CNS/USGS, handout via Reuters) 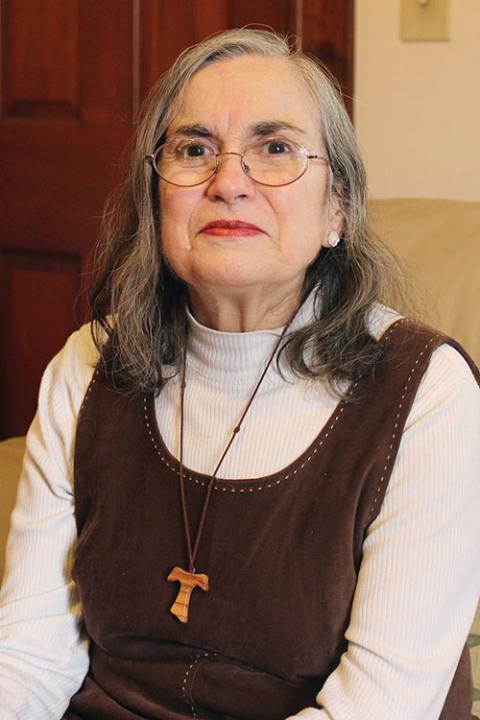 Jolene DeAquair Gamache, a member of Church of St. Mary Parish in Providence, Rhode Island, was honored by the Diocese of Providence as one of five parishioners to receive the its Lumen Gentium Award in Parish Service. Despite painful physical challenges, the Third Order Franciscan is active in several parish ministries, notably its outreach to persons mourning the loss of a loved one.

Epiphany Parish in Louisville, Kentucky, is site of 1 p.m. American Sign Language masses for the Louisville Deaf Community on the first, third and fifth Sundays of the month. Fr. J. Randy Hubbard is celebrant.