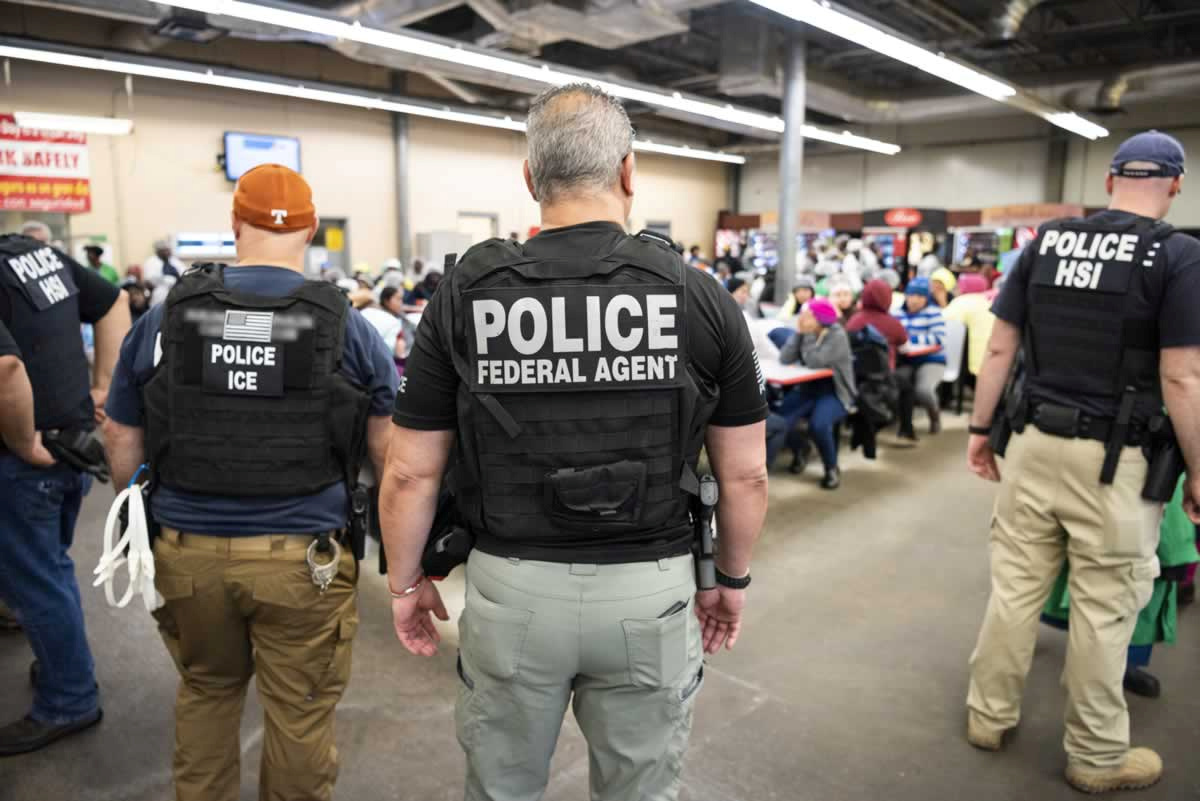 U.S. Immigration and Customs Enforcement officers look on after executing search warrants and making arrests Aug. 7, 2019, at an agricultural processing facility in Canton, Mississippi. The state's Catholic bishops joined with Episcopal, Methodist and Lutheran bishops in condemning the Trump administration's ICE raid on seven food processing plants in the state to round up workers in the country illegally. (CNS photo/Immigration and Customs Enforcement handout via Reuters)

In the Diocese of Jefferson City, Missouri, deacons take the lead in Spanish-language ministry as the number of Latino Catholics increase.

The Trump Administration sets off massive immigration raids, not making provision for children left behind when their parents are arrested in their workplaces. Catholic parishes, among other Christian churches, offer migrant families a helping hand after large-scale ICE raids in Mississippi.

In Philadelphia, Catholics are pondering why Mass attendance has declined.

A parish in Portland, Oregon, is torn apart as parishioners protest changes instituted by a new pastor from Africa.

Is your parish ecologically correct? U.S. Catholic raises the question.

An historic African American Catholic parish in Chattanooga, Tennessee, is remembered for its ministry during an era when it wasn’t easy being black or Catholic in the South.