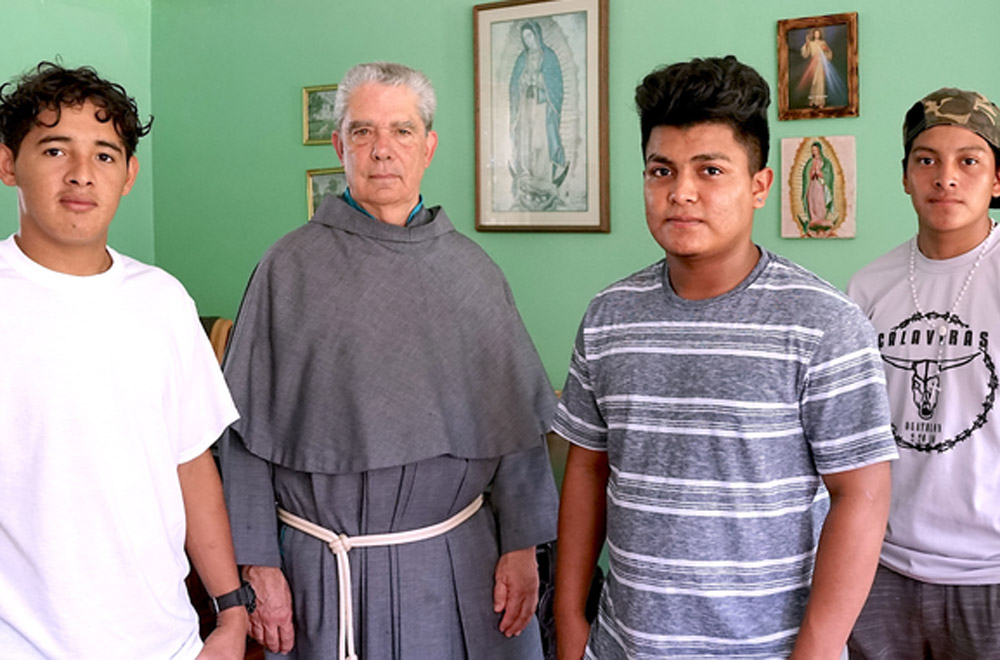 A veteran of ministry in Central America, Franciscan Fr. Phillip Ley today directs Posada Guadalupe, a house in San Antonio, Texas, for young men awaiting adjudication of their federal asylum-seeking cases. The young residents shared that even when they had been in detention by Immigration and Customs Enforcement they felt safer than in their homelands, plus they received three meals a day.

About a dozen years ago, parishioners of St. Patrick Parish in Lawrence, Massachusetts, set sights on fighting hunger in their area, one of the most economically challenged in the state. Across the street from the church they spearheaded building of the Cor Unum ("one heart" in Latin) Meal Center, today an elegant facility at which more than two million meals have been served to the hungry. Staffed primarily by St. Patrick parishioners, Cor Unum serves breakfast and dinner every day.

Shelter, meals and care for the homeless of Spokane, Washington, being spearheaded by Catholic Charities there has become a hot-button issue.

Written two decades ago, here is a reflection that might have bearing today on parishes "mired in minutiae."

While not an official parish, famed San Quentin State Prison, north of San Francisco, nonetheless houses roughly 4,000 inmates of whom approximately 20% are at least "culturally Catholic," according to Jesuit Fr. George Williams, Catholic chaplain. "It is a vibrant Catholic community," Williams told NCR.

In addition to the sacramental, liturgical and spiritual programs overseen by his office, a new outreach recently made headlines. Stimulated by an early August performance at the prison by the Benedict XVI Institute teaching choir, some two dozen inmates signed up to form their own schola, which will perform at a monthly traditional Latin Mass.

An "excellent Catholic choir" has existed at San Quentin for some time, Williams noted, but said the fledgling choir is very welcome.

The Diocese of Kalamazoo, Michigan, seems to be doing its best to make facts clear about Fr. Robert Gerl, a priest credibly accused of sexual assault against an adult male alleged to have occurred in 1983.

In happier Kalamazoo news, the ninth annual National Conference of Burmese-American Catholics was held at Kellogg Arena at Battle Creek in early September.