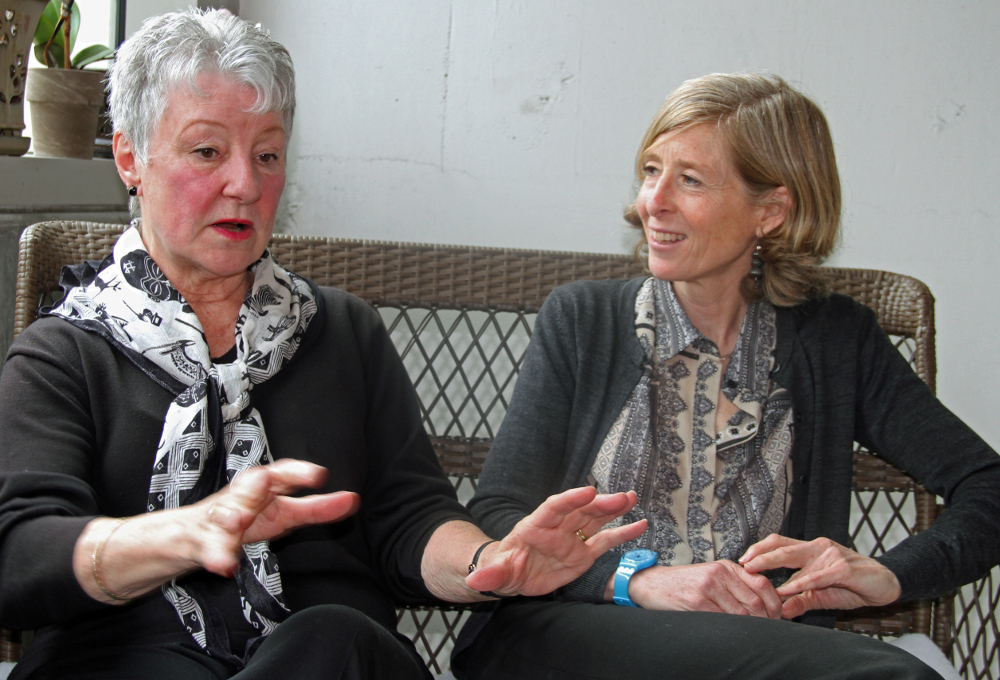 On their "own time and dime," Bette Stockton and Amanda McArthur invested a week of 12-hour days at the nation's largest immigrant detention center in Dilley, Texas, working as intake volunteers. The women, both affiliated with Catholic Charities of the San Francisco Archdiocese, shared what they saw and learned with Catholic San Francisco newspaper. The pair worked with other trained volunteers of the CARA Pro Bono Project, a nonprofit legal consortium, packed into a double-wide trailer on the perimeter of the detention facility "and talked to the women about the fears that propelled them to grab their children and run, often with only the clothes on their backs," reported Christina Gray.

As a sign of "solidarity with all the migrants and asylum-seekers who come to our borders, fleeing violence or simply seeking a better life for their families," a June 21 prayer procession went from Seattle's St. Mark's Episcopal Cathedral to St. James Roman Catholic Cathedral. Seattle Auxiliary Bishop Eusebio Elizondo spoke at the conclusion of the service.

Through reporting by The Catholic Telegraph newspaper of the Cincinnati Archdiocese, Catholics are following the court battle surrounding the deportation last April of Maribel Trujillo-Diaz, an active member of St. Julie Billiart Parish in Hamilton, Ohio back to her native Mexico. The archdiocese issued a statement April 6, 2017, decrying Immigration and Customs Enforcement actions against the mother of four. According to The Telegraph, the federal Board of Immigration Appeals recently "ruled to remand the case back to an immigration judge. No date has been set yet, but it means that Maribel will have another day in the Cleveland court."

Pastors of parishes in the Charlotte, North Carolina, area are warning parishioners to beware of scammers posing as those pastors. "Criminals recently sent emails impersonating Fr. Frank O'Rourke to parishioners of St. Gabriel Church asking for iTunes gift cards to help a sick friend in the hospital," reported the Catholic News Herald. "Several parishioners did … trust that the email was actually from their pastor and sent the impostor gift cards worth about a thousand dollars. The gift cards were used immediately, and none of that money has been recovered, said Claudia Goppold, St. Gabriel Church business manager." Other parishes have also been targeted. 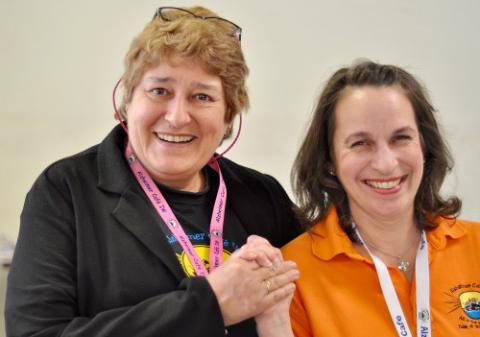 Recently in Vancouver, British Columbia, Gemma Jones, left, taught courses on spirituality and support for persons with dementia. Pictured with Jones is the Rev. Jaylynn Byassee, pastor of Congregational Care at First Baptist Church, Vancouver, at the site of the classes. Byassee is also an organizer of the Alzheimer Café in Vancouver. (Photo courtesy of Rob Patterson)

Persons suffering from dementia can still be reached and uplifted with spiritual care and attention, according to Gemma Jones, who recently directed a class on that topic in Vancouver, British Columbia, reports Catholic newspaper Agnieszka Krawcsynski. Jones is also an author and founder of the Alzheimer Café in Great Britain.

The mental health ministry of Catholic Charities in the Diocese of Little Rock is ramping up efforts to create grassroots awareness of resources for persons suffering from mental illness as well as pushing back against the stigma often associated with it. Four years ago, Catholic Charities' there established a chapter of the St. Dymphna Society, a support group for those struggling with these illnesses and for their loved ones. As one resource for parishes, the agency recommends an article from the National Catholic Partnership on Disability titled "16 Actions a Parish Can Take to Support Catholics with Mental Illness." In early May, the Catholic bishops of California released a 5,300-word statement on mental illness which included encouragement of parish-level outreach and education on the issue.