Boulder parent: 'Our children could be the next to go' 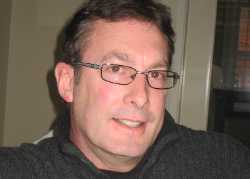 The pastor of the Sacred Heart of Jesus Parish in Boulder, Colo., earlier this month informed a lesbian couple, active in the parish for three years and with two young girls in pre-school that their children would not be able to attend the elementary school beginning in one year. The decision, leaked to the media apparently by a teacher at the school, has caused uproar in the community, and divide the parish.

Fox interviewed a number of parents with children at the school to see how the decision is affecting their families. Following is the first of these interviews, edited for length and clarity.

Andy Bush and his wife, Anna, have three children at Sacred Heart School.

NCR:tHow has the decision affected your family?

Bush:tWell, I think it’s been hard because for the first time our faith has run head-on with our consciences. We don’t support the decision and at the same time we’ve been part of this wonderful community for our kids for the last six years. It’s given us pause and a lot of concern, a lot of sorrow, like everybody else.

NCR: How does a sixth grader process this?

Bush: A sixth-grader is 11 years old and ours is a writer and a creative thinker, and for him, essentially what we've said is that our belief system is such that we think that sexual orientation is kind of today's issue of prejudice and that we don't believe that this type of prejudice is OK.

My wife grew up in Catholic schools; I didn't. I'm not a Catholic, so we're in discord with the church at some level. Fr. Bill knows this. You see, I'm not a practicing Catholic.

NCR: Were you married in the Catholic church?

Bush: No, we weren't. In the eyes of doctrine, we're sinners and we're living out of discord in the church.

NCR: Did Fr. Breslin ever suggest that you get married in the Catholic church?

Bush: He didn't, nor did he suggest that my kids wouldn't be allowed to go to school beyond kindergarten.

It's a little disappointing and people, including our family, are a little concerned about speaking up because maybe I'll be the next person who's asked to leave. They know that I'm not Catholic. Fr. Bill and I have had discussions about this.

There are a significant number of people in Sacred Heart who I would imagine have been part of the experience of divorce. I don't know how many have annulled their marriages. There have been some children born out of wedlock. And there is an amazingly small family size for the Catholic church, in case any one has noticed.

NCR: By speaking to me, do you have any fears that the archdiocese is now going to have to kick your children out of the school?

Bush: Yes, we're arguably a logical next step, but I think if they take that next step and the next step after that, it's going to get to be a relatively small school. Honestly, I'm speaking out but not to protest and to be the next person. Right now, everyone is so focused on the controversy ... My real concern is that we have a school that has struggled financially and just got its act in order in the last year or so. We've hired a new principal. How do we make sure that what is this great, wonderful community goes on beyond this one event?

The unfortunate outfall of this is that there are a number of people -- and I have no idea how many -- who have decided to take children out of the school.

Bush:tYes. I think that there are people who have decided that they are no longer going to give financial support to the parish. They're going to move to St. Thomas [a neighboring parish]. And those are the unfortunate impacts of what's happening.

Parish | Boulder parent: 'Our children could be the next to go'