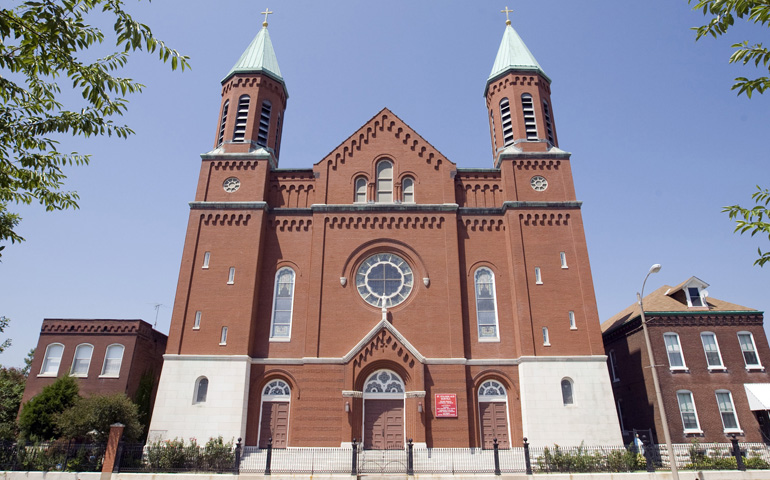 A breakaway Catholic church that stood up to three Catholic bishops, weathered a decade-long legal fight and embraced doctrine far afield from its Roman roots is now on the verge of becoming a parish in the Episcopal church.

Missouri Episcopal Bishop George Wayne Smith said St. Stanislaus Kostka Church may be "coming into union" with his diocese. Under such an arrangement, Smith said, the historically Polish church would have the flexibility to retain its own rites.

"I know that given St. Stanislaus' rich heritage, the ability to retain their cherished Polish identity, along with practices and rites are surely an important matter," Smith wrote in a letter to his clergy. "Alternately of course, St. Stanislaus could also choose any or all the liturgies available to the Episcopal Church."

In February, the Roman Catholic archdiocese of St. Louis dropped its appeal of a 2012 court decision that handed over control of St. Stanislaus to its own lay board, ending a decade-long legal battle between the church and the archdiocese.

For years the archdiocese had asserted control over the buildings and staff of St. Stanislaus, but the parish's unusual charter gave power to an elected lay board of directors. Ultimately, a court said that "the Archbishop may own the souls of wayward St. Stanislaus parishioners, but the St. Stanislaus Parish Corporation owns its own property."

As part of the agreement, St. Stanislaus agreed to abstain from representing itself as affiliated with the Roman Catholic church.

Former Catholic priest Marek Bozek, who has led St. Stanislaus since parishioners hired him in 2005, was unavailable for comment, but in a letter posted on the parish's website, he makes reference to the issue, posting a photo of Smith's visit last month to the church to meet with parishioners.

Bozek said the church has been "struggling to survive without a bishop for over nine years."

"One cannot be a Catholic without having a bishop," he continued. "It is my hope that by the time this process is completed, we, St. Stanislaus Parish, will have a caring and wise bishop and that we will be a part of a diocese."

Bozek said in the letter that clergy representing other faith groups -- the Ecumenical Diocese of America, the Ecumenical Catholic Communion and the Polish National Catholic Church -- would be visiting the church throughout the rest of the year to discuss its future.

Ida McNab, 72, who has attended at St. Stanislaus for five years, said she and her husband had been "mulling over" the changes that Bozek is proposing.

The Episcopal church, with about 2.3 million members, is the U.S. branch of the 77 million-member Anglican Communion, with roots in the Church of England. The Roman Catholic church claims 1 billion members.

Smith was unavailable for further comment, but in his letter, he said the laws of the Episcopal church allow a Christian congregation that holds to "the Catholic creeds" and recognizes "the Scriptures as containing all things necessary to salvation" to affiliate with the Episcopal church while retaining its own rite.

Since its separation from the St. Louis archdiocese over money, property and control, St. Stanislaus has moved even further from Roman Catholic teaching under Bozek, who was excommunicated by former St. Louis Archbishop Raymond Burke and later defrocked by Pope Benedict XVI.

On its website, St. Stanislaus says "those entering into second marriages, those experiencing religious differences with some churches, and others will find openness and acceptance here."

The archdiocese issued a statement that declined to weigh in on the possibility of the Polish church's affiliation with the Episcopal Diocese of Missouri.

"The congregation of St. Stanislaus has not been Roman Catholic for some time," said spokeswoman Angela Shelton. "The archdiocese of St. Louis has no comment on the internal affairs of another church."

[Tim Townsend writes for the Post-Dispatch in St. Louis.]

A version of this story appeared in the Sept 27-Oct 10, 2013 print issue under the headline: Breakaway Catholic parish on verge of turning Episcopal.