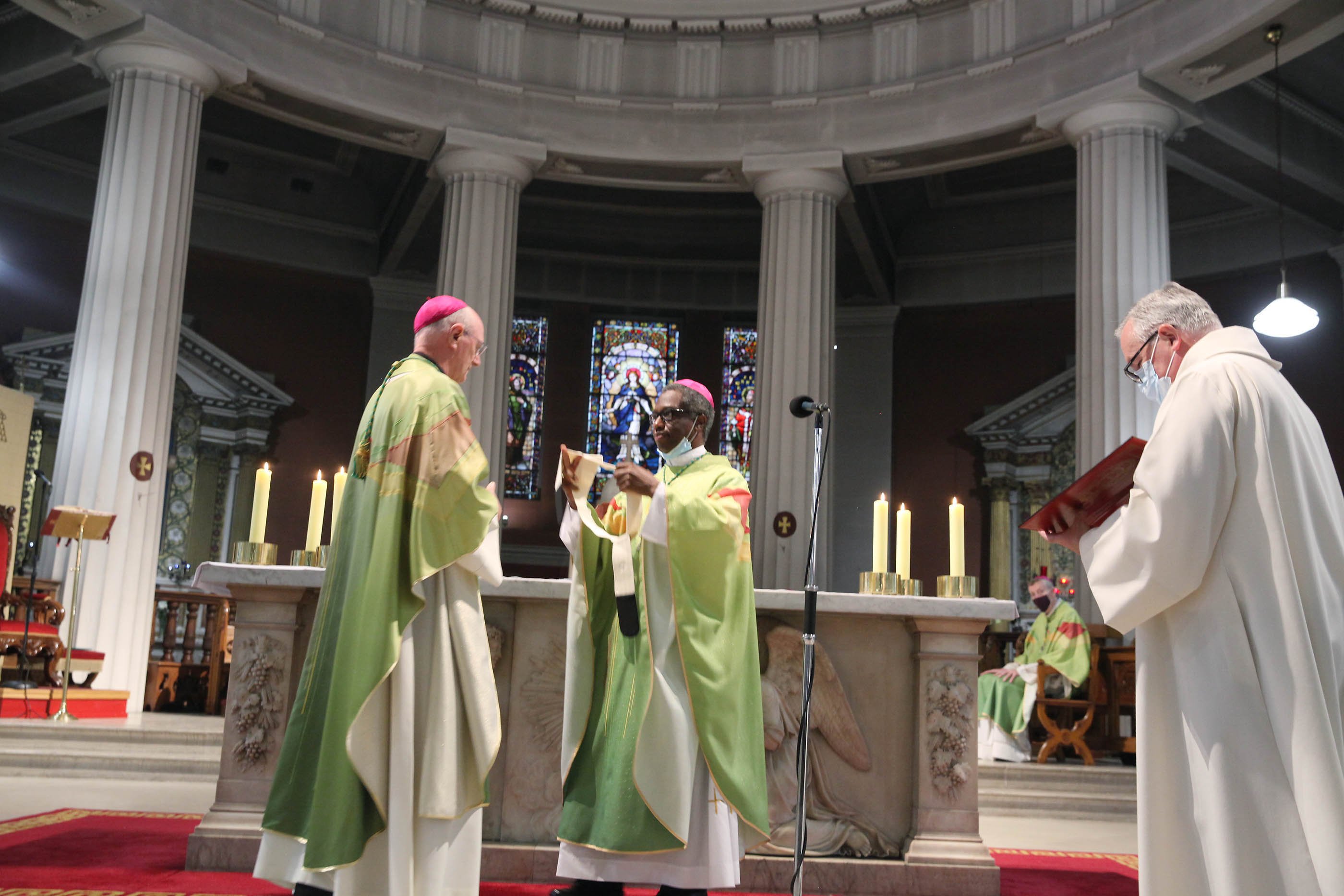 After a year at the head of the Archdiocese of Dublin, Archbishop Dermot Farrell said, "Radical change is coming in the church," which will see a renewal of energy and new forms of ministry.

"With a powerful commitment from clergy and lay faithful, across the full range of the life and ministry of parish communities, we are going to experience a renewal of energy and the adoption of new forms of outreach and ministry," the 67-year-old archbishop told Catholic News Service. He also said he believes change is already happening in the church's structures all over the Western world.

"Pope Francis is offering us a way of being church, the synodal pathway, of walking together more closely and being a church that is hope-filled, despite many challenges."

The leader of the largest Irish diocese, with more than 1 million Catholics and 207 parishes, invited the faithful to "walk this journey together with me — and walk it with hope: a hope that frees us to undertake radical change, a hope that inspires us to be ambitious and a hope encourages us to be brave."

In November, the archdiocese published its "Building Hope Task Force Report," a strategic plan for pastoral renewal amid major challenges such as a collapse in revenue and priest numbers.

"As a diocese, we need to take stock of how well we are prepared to serve the mission of the church," the archbishop said. "Of course, we confront immense challenges. Certain forms of church life may be dying out. Once we accept this, it does not mean resignation or powerlessness, but new responsibilities for the mission."

He stressed that there is "no pre-packaged plan to address the reality in which we find ourselves."

Of the 312 priests who currently hold parish appointments in the Archdiocese of Dublin, 139 are over 70 years of age, and 116 of the 312 priests are on loan to the archdiocese. There are currently just two students in formation for priesthood. In 2016, the last year for which data are available, 1.1 million of Dublin's population of 1.57 million identified as Catholic.

The "Building Hope Task Force Report" talks about reimagining diocesan and parish structures and argues that hope inspires people to be ambitious and undertake radical change.

"We are not helpless in the face of the future," Archbishop Farrell said. "The changes that will occur we will do together as a diocese. Our parish structures need to be fit for purpose into the future. Renewal needs to be rooted in reflection, prayer and conversion, if it is to inspire and support a living faith."

He described his first year as archbishop as "a hope-filled time" because of the archdiocese's renewal journey, Pope Francis' announcement of the synodal way, and because "we believe that our church is already being changed according to the plan of God."

"We need to open up a new chapter in the history of the Catholic Church in Ireland. Change is never easy, and there will be conflicts, disagreements and tensions. These matters will not be resolved by argument or weight of numbers."

He said the two most important communities in handing on the faith were the family and the parish. "My years of experience at parish and diocesan level underpin the value of family. There is a huge role for re-evangelization in our parishes, especially among young people and families."

As to the many alienated from the church due to abuse scandals and disillusionment with church leadership, he said: "We have to be able as a church to atone and to ensure that nothing we ever do stands in the way of a relationship that an individual person of faith has with God. As archbishop of Dublin, I am here to play my part in healing the hurts of the past and to constantly reach out and welcome people."