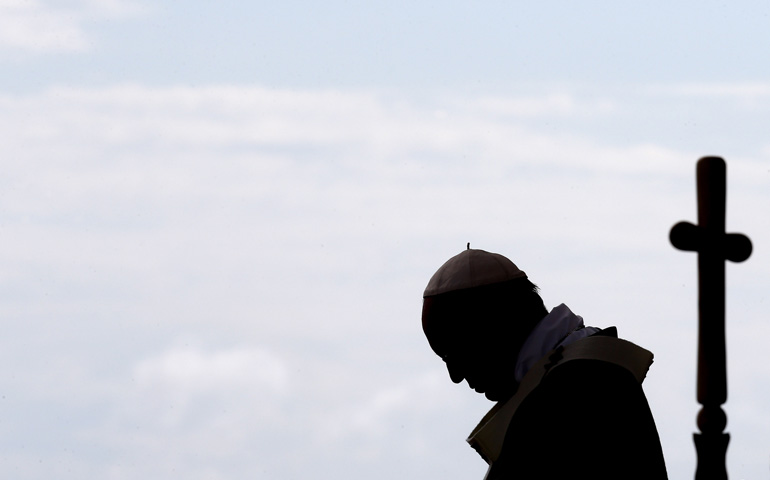 Growing conservative disaffection with Pope Francis appears to be taking a toll on his once Teflon-grade popularity in the U.S., with a new Gallup poll showing the pope's favorability rating among all Americans dropping to 59 percent from a 76 percent peak early last year.

Among conservatives, the drop-off has been especially sharp: Just 45 percent view Francis favorably today, as opposed to 72 percent a year ago.

"This decline may be attributable to the pope's denouncing of 'the idolatry of money' and attributing climate change partially to human activity, along with his passionate focus on income inequality -- all issues that are at odds with many conservatives' beliefs," Gallup analyst Art Swift wrote Wednesday when the survey was published.

But liberal fervor for the Argentine pope, who was elected to great acclaim in March 2013, has also cooled, dropping an average of 14 points.

Some observers have predicted that many who embraced the pope's candor and his views on a range of social justice issues would temper their ardor as they realized he would not change church teachings on hot-button issues such as abortion, contraception or gay marriage.

Another major factor is that the number of those who expressed "no opinion" about the pope or said they don't know enough about him rose from 16 percent to 25 percent. That may be linked to fewer magazine cover stories on the pope or more critical stories.

The poll comes just as American Catholics are set to welcome the pope in September for his first visit to the U.S. It essentially returns Francis to approval levels he had in the first months after his election.

The fall-off appears to be relatively recent: A Pew Research Center survey from February showed Francis' approval rating among all Americans at 70 percent and at a remarkable 90 percent among all Catholics.

That number had been steadily increasing, among Republicans and conservatives, as well, despite their concerns that Francis was not stressing issues such as abortion while highlighting social justice themes.

But the Gallup poll, which has a margin of error of plus or minus 4 percentage points for results based on the total sample, was conducted earlier this month in the middle of Francis' visit to three countries in Latin America during which he delivered some of his most powerful remarks on economic justice and environmental protection.

That prompted Western journalists on the papal plane, with a view to Francis' upcoming U.S. visit, to ask whether he needs to say more about "the middle class, that is, the working people, the people who pay taxes, normal people."

Francis responded by saying that he needed to address that aspect of his message and would read his critics ahead of the Sept. 22-27 U.S. trip.

Stephen Schneck, head of the Institute for Policy Research & Catholic Studies at Catholic University of America in Washington, blamed pundits on the right and left, like Rush Limbaugh and Rachel Maddow, for "politicizing" the pope's teachings.

"He's not a conservative or progressive, not a Democrat or Republican. So stop trying to clobber him with those yardsticks," Schneck wrote in an email. "How many times do our pundits need to be told that he's carrying the same message as John Paul II and Benedict XVI?"

Schneck said as the visit approaches, he expects Francis' poll numbers "to rebound to his strong, earlier levels -- that is, if both the right and the left will stop dragging him into their partisan squabbles."

Is it too late? Has "Francis fatigue" displaced the "Francis effect"?

"I love His Holiness Pope Francis, but for a while now, I have been feeling harangued by him, as he's been harping on us to do more, and ever more, to practice mercy on the world; to welcome the stranger, to clean up the rivers, to bring about justice and peace in our time; to level the playing fields, visit the sick, and so on," Scalia wrote.

That lament was picked up by other conservatives, such as Carl Olson, editor of Catholic World Report, who complained about what he sees as Francis' constant "haranguing, harping, exhorting, lecturing."

"It probably doesn't help," Olson added, "that Francis obsesses over particular points, to a degree that is, frankly, grating."