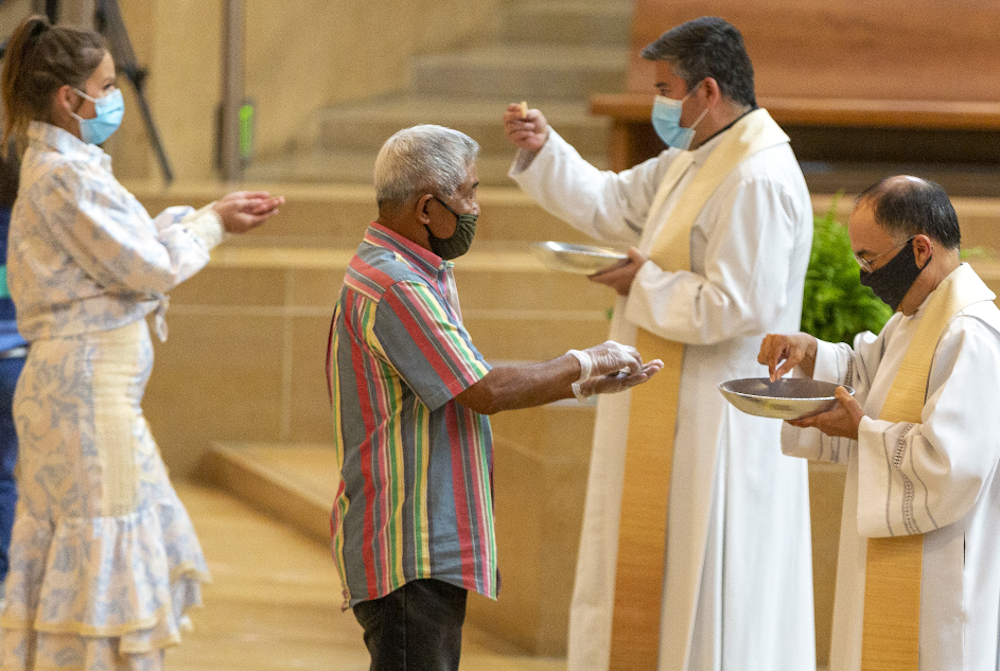 The faithful wear masks and some wear gloves as they receive Communion at the first English Mass with faithful present at the Cathedral of Our Lady of the Angels June 7, 2020, in downtown Los Angeles. (AP/Damian Dovarganes)

The U.S. bishops are working on a document on the Eucharist, which could be very helpful if they do it right. The chances are slim.

The origins of the document go back to the bishops' fight with pro-choice Catholic politicians, such as John Kerry, over the legalization of abortion. Some bishops, like Cardinal Raymond Burke, wanted to punish pro-choice Catholic politicians by denying them Communion. Other bishops, such as the late Cardinal Francis George of Chicago, disagreed. George said he did not want his priests playing cop at the Communion rail.

The U.S. bishops' conference did what it normally does when bishops disagree: nothing. It left to each individual bishop to do what he thought best in his diocese.

After the election of President Joe Biden, a pro-choice Catholic, conservative bishops pushed for a document denying Communion to such politicians. Los Angeles Archbishop Jose Gomez, who heads the bishops' conference, responded to pressure from conservative bishops by appointing a committee to deal with the matter. He was publicly rebuked by other bishops for not following proper procedures, and eventually the task was handed to the conference committee on doctrine.

The Vatican, meanwhile, made clear that canon law leaves the matter to local bishops. As a result, what started as a document on Communion and politicians morphed into a more general document on the Eucharist that the bishops will consider at the Nov. 15-18 meeting.

So, what should the bishops say in their document on the Eucharist?

First, they should emphasize who should go to Communion, not who should not.

Francis speaks of the church as a field hospital where the sick and wounded are nourished and cared for. Jesus gave Communion to Judas. St. John Paul II gave Communion to Protestants and pro-choice politicians.

The bishops should presume goodwill on the part of anyone who comes to the Lord's table. If they want to be united with Christ and his community, they should be welcomed. 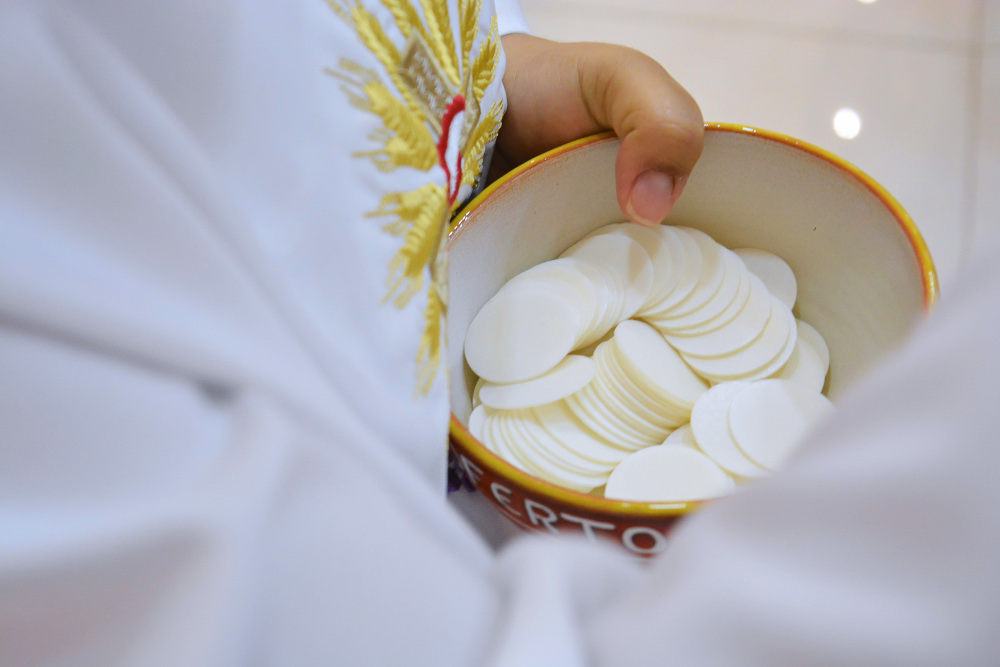 Second, the document should not use the word "transubstantiation," which is a theological concept based on Aristotelian philosophy, not the Scriptures. I believe that the bread and wine become the body and blood of Christ, but I do not believe in the Aristotelian metaphysics of prime matter, substantial forms, substance and accidents.

Transubstantiation was a nice way of explaining the Eucharist to Aristotelians, but it makes absolutely no sense to people in the 21st century. Better to admit that the transformation is a mystery beyond our comprehension. If a person can say "Amen" when the minister says, "The body of Christ," they should be able to receive the Eucharist.

Fourth, the document should remind Catholics of origins of the Mass in two Jewish practices: the synagogue service and the Passover meal. The Catholic Mass' Liturgy of the Word is at its heart a synagogue service — Scripture readings, prayers, psalms, songs and preaching — with the addition of New Testament readings. The Liturgy of the Eucharist is the paschal meal as transformed by the experience of the risen Christ.

The Eucharist's roots in the paschal meal are harder for Catholics to understand because of our ignorance of the Jewish practice. Yes, we know that the Last Supper was a Passover celebration, but what does that mean?

For the Jews, the paschal meal is a memorial, remembering what God once did, what he does now and what he will do again. It is a thanksgiving meal, thanking God for his action through history. It is a sacrificial meal, by which those participating are united with God. It is a covenant meal where the covenant between God and his people is renewed. And it is a communal meal, done with others, not alone.

All of this should help us understand the Christian Eucharist. 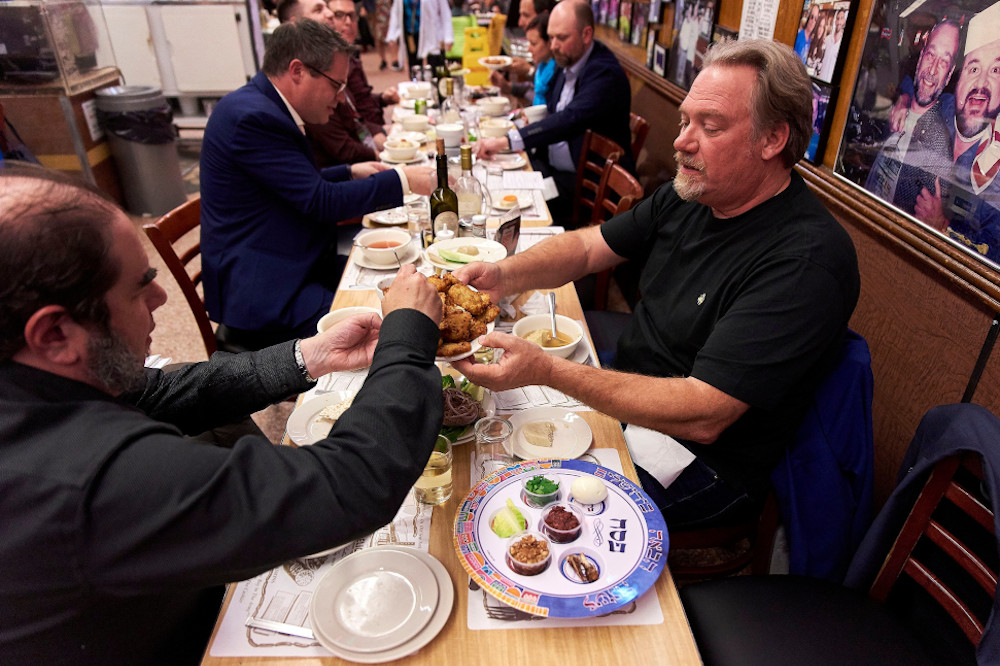 At the heart of the paschal meal is the Barakah, or blessing, said by the father of the family at the meal. The term "blessing" can be confusing to Christians because it is not the food that is blessed but God, as in "blessed be God forever." It is a prayer of praise and thanksgiving.

The Jewish Passover prayer is also the model for the Christian Eucharistic prayer. My fifth recommendation is that the bishops' document focus on explaining Eucharistic prayer as the prayer, not just of the priest, but of everyone in the church.

The Eucharistic prayer, like the Passover prayer, remembers and gives thanks to God for his actions through history, with Christians adding the sending of Jesus and his institution of the new covenant and the Eucharist at the Last Supper.

This is followed by uniting with Christ in his sacrificial offering to the Father. In Eucharistic Prayer 4, we pray, "We offer you his body and blood, the acceptable sacrifice which brings salvation to the whole world."

Finally, we pray that the Spirit will transform us into the body of Christ. Thus, in Eucharistic Prayer 3, we pray, "Grant that we, who are nourished by his body and blood, may be filled with his Holy Spirit, and become one body, one spirit in Christ."

Too many Catholics only pay attention to the "words of consecration," not the entire prayer.

Theologians use Greek words to speak of the Eucharistic prayer as having a four-part structure: We remember/proclaim (anamnesis); We give thanks (eucharistia) and praise; We offer (anaphora); We ask for the Spirit (epiclesis).

Sadly, most priests only use Eucharistic Prayer 2, the shortest, written by the anti-pope Hippolytus. The bishops should encourage priests to use all 13 approved Eucharistic prayers over the course of the church year. They should also encourage priests to say the prayer slowly and in a way that makes clear this is not the private prayer of the priest but the essential prayer of the entire community. That is why he uses "we" not "I" when he prays.

Sadly, too many Catholics only pay attention to the "words of consecration," not the entire prayer.

Finally, the bishops should have a chapter encouraging people to abandon the traditional Latin Mass for the Eucharist as reformed by Vatican II in order to encourage, as the Second Vatican Council said, the "full and active participation by all the people" in the liturgy.

If the bishops wrote such a document, Catholics would come to a better understanding of the Eucharist.

I will not hold my breath.