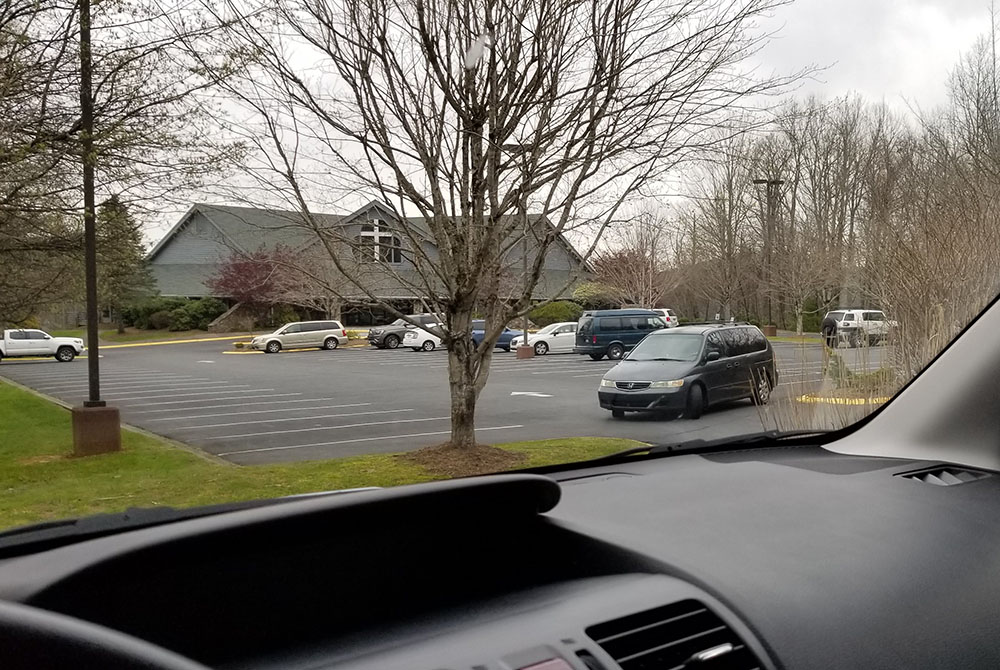 The parking lot of St. Elizabeth of the Hill Church, in Boone, North Carolina, on Easter Sunday (Karen James)

Easter Mass took place at St. Elizabeth of the Hill Country Church in Boone, North Carolina, much to the chagrin of at least some parishioners who say that their pastor violated state and diocesan regulations enforcing social distancing in the coronavirus pandemic.

The Boone Mass takes place amidst a patchwork of regulations around the country, with some governors ordering the elimination of all public worship while others, including North Carolina Gov. Roy Cooper, allowing for some small-scale religious gatherings. 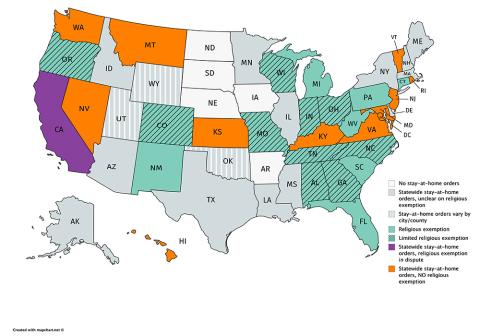 A man answering the phone at the parish office told NCR that the Mass was a private one within state and diocesan regulations on the pandemic.

The Easter Mass alleged violation took place in the context of a simmering dispute in the parish between Buckler, who has tried to move the parish into Latin Mass observance with rituals akin to 1950s Catholicism, and parishioners who say their pastor is moving the church away from post-Vatican II practice. Some parishioners have moved to parishes in other towns, a 45-minute ride, or to local Methodist and Episcopal congregations.

"It's just the way the pastor does everything. He does his own thing," said James, arguing that Buckler's Mass put parishioners in danger. She said she called the health department to report the parish.

Bishop Peter Jugis of Charlotte, the diocese where Boone is located, has suspended Masses throughout the diocese. Jugis has ordered that all parish gatherings be canceled or limited to no more than 10 people. The diocesan regulations reinforce public gathering regulations issued by Gov. Cooper. NCR called the Charlotte Diocese three times for comment but calls were not returned.

The St. Elizabeth Parish website proclaimed that the Easter Sunday Mass was a model of traditional liturgy:

"While few parishioners were able to attend in person, both they and those who followed by video stream wholeheartedly and enthusiastically stated that the Liturgies presentation and amazingly wonderful music of the Solemn High Traditional Latin Mass of the Easter Vigil raised the level of worship at St. Elizabeth to a whole new level. They agreed that Father Buckler, our assisting priests, servers, and our truly amazing organist and vocalists did a wonderful job of giving us a worship experience on a level never seen here before," the website said.

"We pray for a speedy lifting of restrictions on gatherings so that we can all once again freely receive the Sacraments and worship together as a faithful Roman Catholic Parish," the website stated. 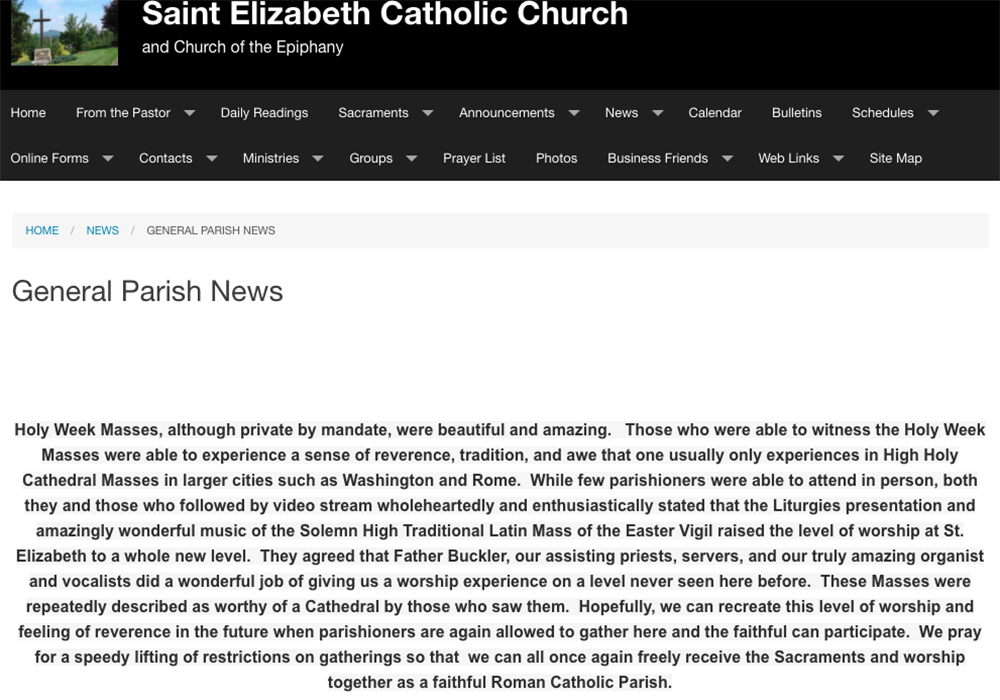