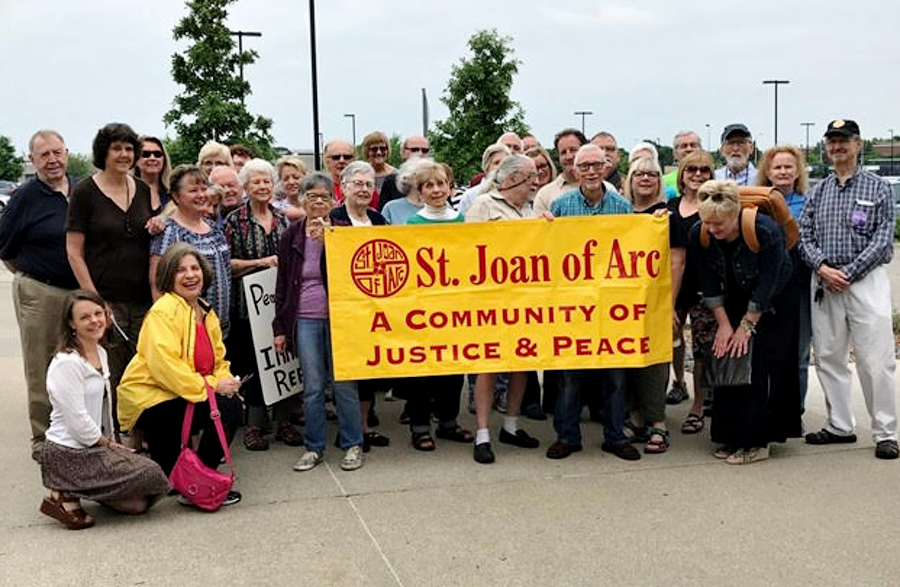 For almost 20 years, Julie Madden, 57, has been the director of peace and justice ministries at St. Joan of Arc Church in Minneapolis, discovering the intersection of faith and justice through the archdiocese's office for social justice even before she became a Catholic.

At that time, Madden worked in faith-based organizing with Catholic Charities, getting involved when the St. Paul-Minneapolis Archdiocese was addressing welfare reform.

"I was knocked out by the power of these people from faith communities organizing together for justice and the principles of Catholic social teaching. That's what brought me into the church," said Madden.

Now heavily involved in the peacemaking community, she is a member of St. Joan of Arc/WAMM Peacemakers, which represents those who are a part of the parish's peace and justice ministry and support another group, Women Against Military Madness (WAMM). The Peacemakers include about 15 parishioners committed to advocating for nonviolence.

WAMM is a nonprofit organization based in Minneapolis with similar goals to the St. Joan of Arc group. While WAMM is a secular organization, the Peacemakers are faith-based, loosely related to but supportive of WAMM, including a small donation from St. Joan of Arc.

"For me, it was my first exposure to a Christian commitment to nonviolence," Madden said about the Peacemakers.

The Peacemakers have been dedicated to promoting nonviolence and speaking out against war since the late 1980s, when Polly Mann, now in her 90s, helped establish the group. Mann is a local icon because she was a founding member of both WAMM and the Peacemakers. Alongside the Peacemakers, there are also parish organizations dedicated to environmental justice, economic and racial justice, and refugee rights.

The Peacemakers are active in the parish, holding monthly meetings, hosting a bimonthly potluck dinner called "Every Church a Peace Church," attending demonstrations, passing out stickers saying "End War" after Mass, offering parents of the newly baptized a pledge to raise their children to be nonviolent, and participating in weekly vigils to advocate against militarism. 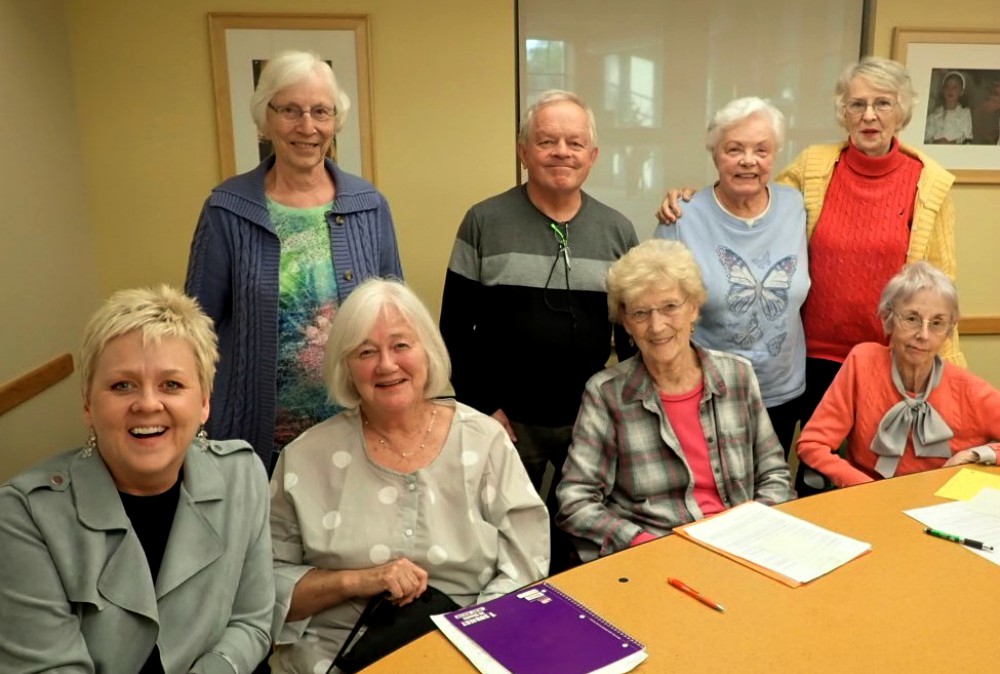 "Our Peacemakers keep us vigilant and conscious when the country and we, as citizens, are not paying attention," Madden said.

"The Peacemakers are here to say, 'We will not be silent. We will not go away.' It is intimately connected to our faith so, ultimately, we want our outcomes to be successful but it is our witness that is critical," Madden said, explaining why the Peacemakers advocate against violence and keep "a space to remind us that we have continued to be a nation at war."

Madden entered her current position as director of peace and justice ministries in the fall of 2000, around the beginning of the Iraq War. When Madden first started at St. Joan of Arc Parish, she attended a weekly vigil that had been started by Marie Braun, another longtime parishioner and Peacemaker. Braun was heavily involved in the local peacemaking community and had significant connections not only to other local peacemakers but to those in Iraq.

Two decades before the Iraq War, Braun started the weekly vigil on Wednesday afternoons on the Lake Street-Marshall Bridge, which connects Minneapolis and St. Paul. The Peacemakers continue to demonstrate during rush hour every week.

"I remember standing on the bridge before the war and there were people who were not happy that we were demonstrating," Madden recalled. "Over time, we have seen a real shift. … Even though we didn't prevent a war in Iraq or Afghanistan, we did make people aware."

The Peacemakers remain a peaceful presence in the Minneapolis, especially as tensions now rise between the U.S. and Iran. "As a faith community, to truly walk in the footsteps of Jesus, we have to commit ourselves to nonviolence," Madden said.

Barbara Cracraft, 80, a lifelong Catholic, came to the parish and joined the Peacemakers around 1991."I have become more anti-war," said Cracraft, especially after her son enlisted at 17 years old with Cracrafts' permission. He served four years as a Marine.

Bill Adamski, yet another longtime parishioner, serves the Peacemakers' current leader as the chair. The 68-year-old retiree has spent the past decade as a member.

"We are dedicated to helping the parish, through both its faith and action — to continually strive towards being a true peace church," said Adamski. The mission of Peacemakers, he said, is rooted in the belief that "nonviolence is the humane answer to militarism, and institutional and personal violence."

During one recent meeting, the group discussed an article on Ben Salmon, a Catholic American pacifist and a conscientious objector during World War I who argued that there was no just war. That belief lies at the core of the Peacemakers' mission. The recent Vatican conference on the power of nonviolence revisited the rationale of the just war theory.

"There are no justifications for killing another human being," Adamski said. "Christians have the basis of their opposition to war from the holy Scriptures."

Militarism, said Madden, is a system.

"It is an ongoing, increasing prioritization and investment in war," she stated. "It is a tragedy for everyone involved. [By opposing militarism,] we are supporting the troops because we want to bring them home."

[Nadia Barnett is a freelance multimedia journalist, who is currently involved in a postgraduate year of service in Washington, D.C. A Maryland native, she recently graduated from the University of Maryland with a degree in broadcast journalism and criminal justice.]