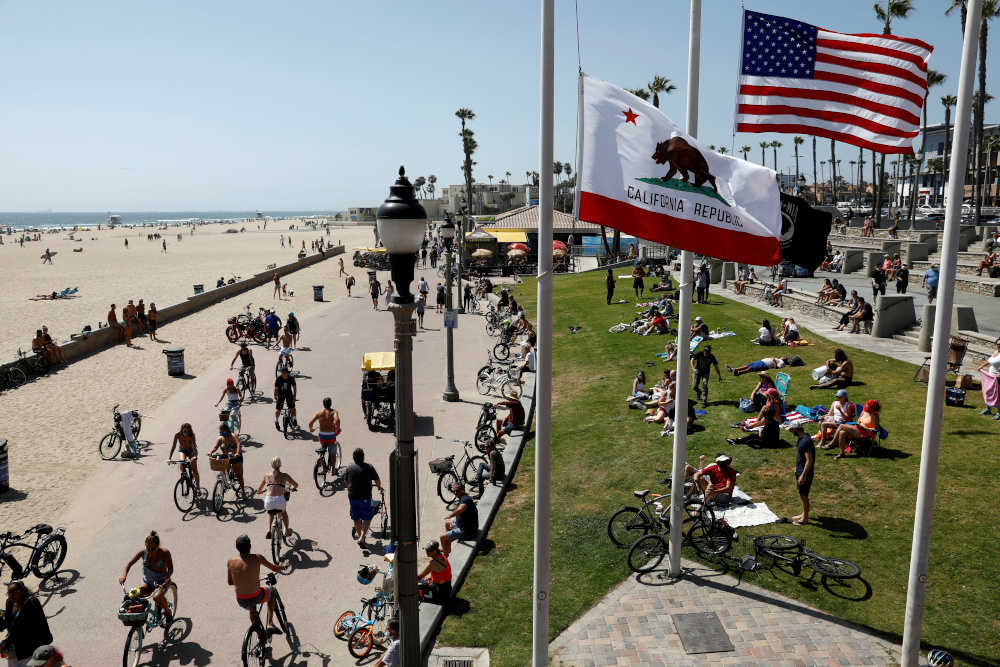 Pax Christi USA has invited people to sign a new "Pledge to Protect" in which the signees promise to take personal responsibility for protecting others during the coronavirus pandemic as the U.S. economy reopens.

Those who sign the pledge promise "to follow the advice of health care workers and scientists about what I can do to help limit the suffering due to the virus."

The pledge was introduced May 17 as governors continued easing the lockdowns and allowed businesses and other entities to begin opening in an effort to help restart the economy and reverse rising unemployment.

Johnny Zokovitch, Pax Christi USA executive director, said the pledge emerged from the organization's members "who were just stunned by the lack of leadership that we're getting, especially from the White House, that there's a real absence of calls to the common good."

President Donald Trump has called for the country's economic life to return to normal as soon as possible. Under his administration's new coronavirus testing strategy, released May 24 to Congress, states are responsible for planning and carrying out all testing. Some supplies needed for the tests would be provided to states.

The proposal also said existing testing capacity, if strategically targeted, can contain the outbreak. However, epidemiologists have said the amount of testing being proposed is far below what many of them believe is needed.

Health care professionals and some elected officials have expressed concern that in a few locales where businesses, gyms, bars, restaurants and other venues have reopened, guidance from the Centers for Disease Control on social distancing and wearing protective face masks has not been followed. They have said that not following the guidance can lead to potential new routes for the spread of the highly contagious coronavirus, which causes the COVID-19 illness.

Signers of Pax Christi's five-part pledge said that until a coronavirus vaccine is developed and testing is accessible and available to everyone, they will observe stay-at-home orders whether such instructions are in place or not.

The pledge also commits signers to listen to "the voices and expertise of those most vulnerable, those whose suffering is exacerbated because of the racism and social inequities that existed before this pandemic," care for and advocate with people whose jobs jeopardize their safety as well as those whose livelihoods are threatened by the pandemic.

The final point calls on signers to "support those leaders who honor their responsibility for our communities by seeking way us to bring us together instead of tearing us apart."

Zokovitch said the organization's members are concerned with "the elevation of racist rhetoric, the threat of armed violence and the fomenting of fear" by people who have opposed the lockdowns.

"The people of Pax Christi felt they wanted some action they could take themselves and something they can present in conversations with family and friends," he said. It was written to appeal to Catholics and non-Catholics alike, he added.

As of early May 26, more than 1,600 people had signed the pledge, Zokovitch said.