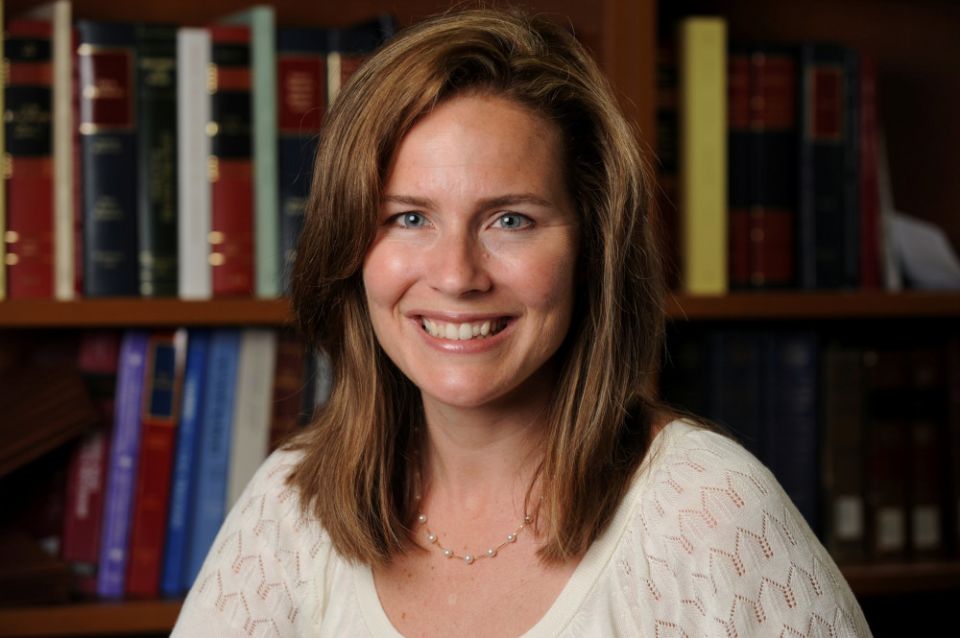 Amy Coney Barrett is pictured in this undated photo. She is a judge for the U.S. Court of Appeals for the 7th Circuit, and a law professor at the University of Notre Dame. Critics note that Barrett, a Catholic, is known for stirring up religious controversy, and a former colleague says it is unclear how her beliefs would impact her legal thinking on the High Court. (CNS/University of Notre Dame via Reuters/Matt Cashore)

Washington — Federal appellate Judge Amy Coney Barrett is emerging as a likely nominee to fill the U.S. Supreme Court seat left vacant by the death of Justice Ruth Bader Ginsburg, reawakening a debate over Barrett's views on law and religion.

Barrett, a Catholic who once clerked for Justice Antonin Scalia, was discussed as a potential Supreme Court nominee in 2018 for the seat that went to Justice Brett Kavanaugh, another Catholic. Trump told reporters on Sept. 19 that his next pick will be announced this week and that "it will be a woman."

Legal observers say there's a good chance that woman is Barrett, who in addition to serving as a circuit judge is also a professor at the University of Notre Dame.

"She's very highly respected, I can say that," Trump said of Barrett on Saturday.

But while Barrett has remained on the president's shortlist, critics note that she is known for stirring up religious controversy, and a former colleague says it is unclear how her beliefs would impact her legal thinking on the High Court.

During her 2017 confirmation hearing to serve on the 7th Circuit Court, some pointed to a 1998 law-review article Barrett co-wrote with John Garvey, then her Notre Dame professor and now president of the Catholic University of America. The two argued that "Catholic judges (if they are faithful to the teaching of their church) are morally precluded from enforcing the death penalty."

This approach potentially challenges a mindset invoked by some Catholic politicians regarding intersections of faith and public policy — namely, that one's personal faith should not, whenever possible, preclude one from performing a duty that stands to impact the general public. During Barrett's confirmation hearing, California Senator Dianne Feinstein zeroed in on her "previous speeches," insisting that religious dogma is not the same thing as law.

"The dogma lives loudly within you," Feinstein said to Barrett.

In response, Barrett told Feinstein, "It's never appropriate for a judge to impose that judge's personal convictions, whether they arise from faith or anywhere else, on the law."

Nonetheless, similar critiques will no doubt be leveled at Barrett should she face the judicial committee again immediately preceding or after the presidential election.

Some insisted Feinstein's questions were evidence of "anti-Catholic bigotry." But Catholic commentators such as Boston College law professor Cathleen Kaveny and National Catholic Reporter columnist Michael Sean Winters argued that the intent of the questions — to probe how Barrett's religious commitments will inform her decision making — is fair game.

Bob Tuttle, a law professor at George Washington University who focuses on religion and politics and worked alongside Barrett in the past, agreed that raising religious questions about judicial candidates is permissible.

"I don't think there's anything wrong with Democrats asking about it," Tuttle said, referring to Barrett's faith. "She certainly can be examined on the extent to which her religious views influence her judgments about various things." 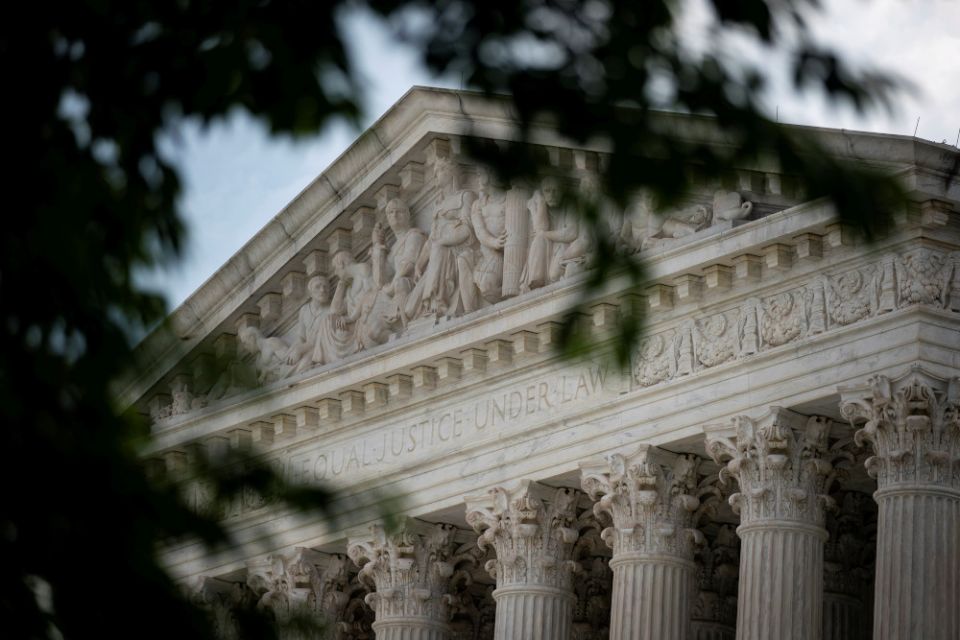 A general view of the U.S. Supreme Court in Washington is seen June 25, 2020. The New York Times reported in September 2017 that Barrett, a prospective nominee to replace the late Justice Ruth Bader Ginsburg, is said to be a member of People of Praise, a group that emerged out of the Charismatic Catholic movement whose members allegedly swear a lifelong oath of loyalty to one another. (CNS/Reuters/Alexander Drago)

Some argue Barrett's religious views are more complicated than simply being Catholic or conservative.

The New York Times reported in September 2017 that Barrett is said to be a member of People of Praise, a group that emerged out of the Charismatic Catholic movement whose members allegedly swear a lifelong oath of loyalty to one another and are reportedly held accountable by an adviser — a "head" for men and a "handmaid" for women. The Times reported that mentions of Barrett had recently been removed from the group's website.

Arguably more important to her future as a nominee is the approach to the death penalty expressed in her 1998 law review article with Garvey, in which they proposed that Catholic jurists who impose the death penalty could be considered to be in cooperation with evil. While the Catholic Church condemns capital punishment as "inadmissible," it is broadly supported by American conservatives. The Trump administration recently began executing federal prisoners after a nearly two-decade-long moratorium on the federal death penalty, a move widely condemned by faith groups.

In their article, Barrett and her co-author mentioned abortion as an "easier" case, but their language doesn't make clear whether they believed Catholic judges should recuse themselves from abortion cases.

Tuttle, who provided comments on the article for Barrett and Garvey at the time, said he opposed their conclusion.

"My disagreement was not an attempt to challenge their presumption that religious morals might shape a judge's decision making," he said. "I just challenged their view that Catholic judges should recuse themselves, because I didn't think that was a sound reading of the Catholic Church's teaching."

Because Barrett hasn't been on the bench very long, however, how her religious views will impact her judicial outlook remains a guessing game. It's not certain that Barrett still subscribes to her 1998 law review article or if its arguments would cause her to vote against the death penalty or to vote to overturn the landmark Roe v. Wade Supreme Court decision, which legalized abortion nationwide.

"Amy can be very articulate about her faith, and that's not something a lot of people can do," said Tuttle. "Amy has significant theological talent, and that facility certainly makes it seem like she's quite conservative. My guess is that she is, but I don't have any proof of that, because I haven't read any opinion in which she says, 'This is what I think should be struck down.'"

Still, Tuttle said that while he does not share many of Barrett's views, he is ambivalent about the fact that her critics will nonetheless "get too excited about the idea that one's faith is a component of one's decision making."

If she is nominated, Tuttle said, "I anticipate Amy will get asked a lot about those things." But if she is asked about how she will exercise her judgement, he expected her to respond that she'll follow the law, but faith will be part of how she comes to her judgements. "She's just telling the truth," said Tuttle.

The Supreme Court approved what?