Archbishop tells Minnesota priests not to vote in primary 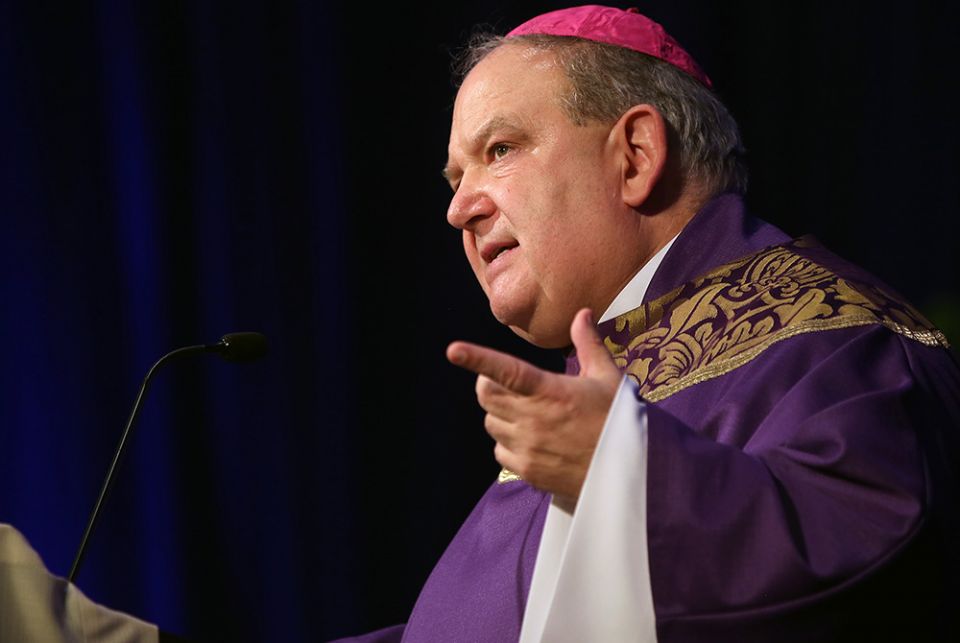 Archbishop Bernard Hebda of St. Paul and Minneapolis, pictured Nov. 12, 2019, has recommended that priests in Minnesota not vote in the state’s primary election out of concerns about privacy and partisanship. (CNS/Bob Roller)

On the eve of Ash Wednesday, St. Paul-Minneapolis Archbishop Bernard Hebda wrote to his priests with a rather surprising suggestion for something to abstain from: voting in the state's upcoming primary on Super Tuesday.

The recommendation seems motivated by concerns about voter privacy in the state's new primary system and the appearance of partisanship if priests' party affiliation were to be made public.

While canon lawyers told NCR the move is within the archbishop's purview, other political observers expressed concern that it discourages clergy from participating in this country's process for structural change.

Citing a memo from the Minnesota Catholic Conference, Hebda's Feb. 25 email said it would be "prudent" for clergy to not vote in the March 3 primary because of the possibility that the voter's party choice — documented when the voter chooses the party's ballot — could be made public.

"It could be seen as 'partisan' political activity to align oneself with a party and to vote in its primary, which the Church generally discourages clergy from doing for evangelical reasons, more so than tax ones," Hebda said in the letter to clergy.

Although the Johnson Amendment in the U.S. tax code prohibits certain nonprofit organizations, including churches, from endorsing or opposing political candidates, Hebda clarified that "there is no tax prohibition on clergy voting in primaries, as clergy can endorse candidates in their individual capacities."

Hebda's letter referred to Minnesota's primary as "closed," because voters must "align" with the party. According to the Secretary of State, voters are not asked to publicly declare affiliation with a political party when they register to vote. But voters must select a party when choosing their ballot on Election Day.

Both Hebda's letter and a subsequent statement by the conference's executive director indicate that primary voters also "attest" agreement with the party's principles and platform by voting in the primary.

"Especially in light of the political polarization and identity politics of today, the ability of a priest to form consciences for faithful citizenship in light of the appropriate principles depends, in part, on his ability to transcend the partisan divide and not have his catechesis tainted by the suspicion of partisanship," said a statement to NCR from Jason Adkins, executive director and general counsel of the Minnesota Catholic Conference. 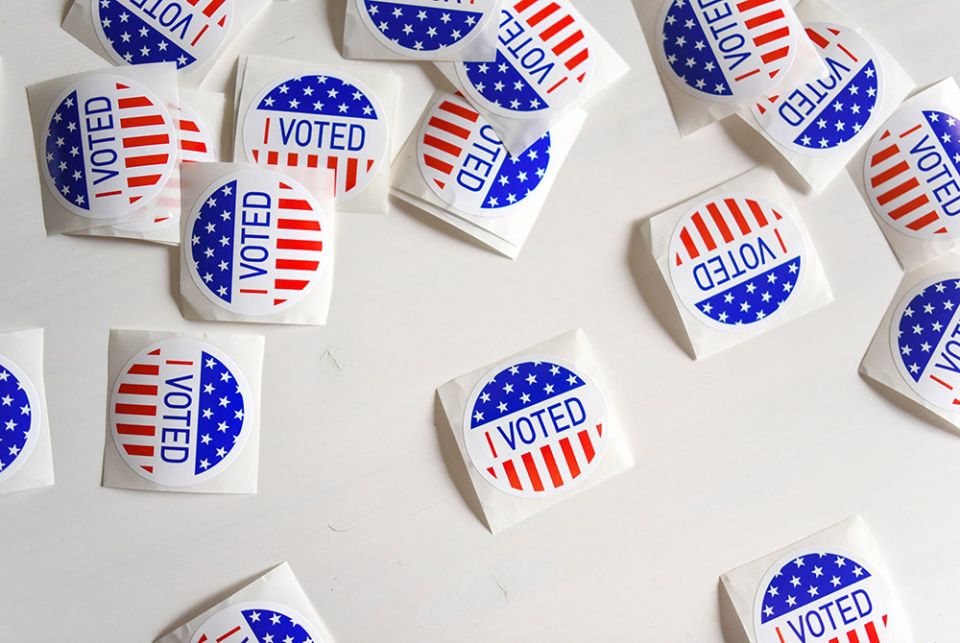 Priests in Minnesota may not get “I voted” stickers if they follow Archbishop Bernard Hebda’s and the Minnesota Catholic Conference’s recommendation not to vote in the state’s primary election on Super Tuesday. (Unsplash/Element5 Digital)

"Inevitably, addressing particular moral questions and public debates will strike some as partisan regardless of intent, but it remains important to cast the Church's social teaching as principled, and never partisan," he said in the statement.

NCR contacted diocesan and conference leaders in the 12 other states with closed primaries. Of the six that responded by press time, none said they had made similar recommendations in their states.

Two canon lawyers contacted by NCR said they believed Hebda's and the conference's recommendation was a valid interpretation of canon law, which forbids priests from playing an active role in political parties.

The recommendation is "a sound one" in "these polarized times," said Nicholas Cafardi, a civil and canon lawyer and former dean of Duquesne University School of Law in Pennsylvania.

Civil and canon lawyer Charles Reid Jr., professor at the University of St. Thomas School of Law in Minnesota, agreed that it was within the archbishop's power to advise his priests on the matter.

"I think it's a welcome breath of fresh air," he said. "There is a great danger of the politicization of the faith. Especially when you see churches divided into left and right, the clergy should be a symbol of unity, standing apart from partisan politics."

Reid said the recommendation was somewhat similar to Pope John Paul II's 1980 directive that barred priests from serving in elected office, which affected Jesuit Fr. Robert Drinan, who served in the U.S. House of Representatives.

But at least one political observer is concerned about the Minnesota directive, especially in light of more egregious examples of partisanship, such as preaching from the pulpit or in other public venues in favor of one candidate or party over another.

"The idea that you give up your civil rights in order to be a faithful leader is nuts," said Social Service Sr. Simone Campbell, executive director of Network, a Catholic social justice lobby.

"Pope Francis calls all people to be engaged in creating their society. Voting is the key way we create our democracy," she said. "To abdicate that responsibility undercuts our responsibility as faithful citizens and suppresses the vote generally."

She also noted that the Minnesota Catholic Conference has a political interest in accomplishing its agenda. "This is about trying to control the vote and create discord in advance of the election, all for some political gain of the conference," she said.

Minnesota passed legislation in 2016 to replace its caucus with a primary, beginning in 2020. The current rules allow voters' choice of party to be distributed to the heads of all parties on the ballot.

Although considered private data, the conference — and others, including leaders of the Democratic-Farmer-Labor (FDL) Party — is concerned about it possibly becoming public.

"If the law were different and protected privacy, maybe the calculus would change," said Hebda's letter.

On Feb. 26, the Minnesota House of Representatives passed voter privacy legislation that would allow a voters' data to go only to the party they voted for. There is currently a competing bill in the state senate.

People | Archbishop tells Minnesota priests not to vote in primary

On U.S. soil will Pope Francis (please) speak out against the death penalty?

Feminist theologian Elizabeth Johnson retires from teaching, but not theology