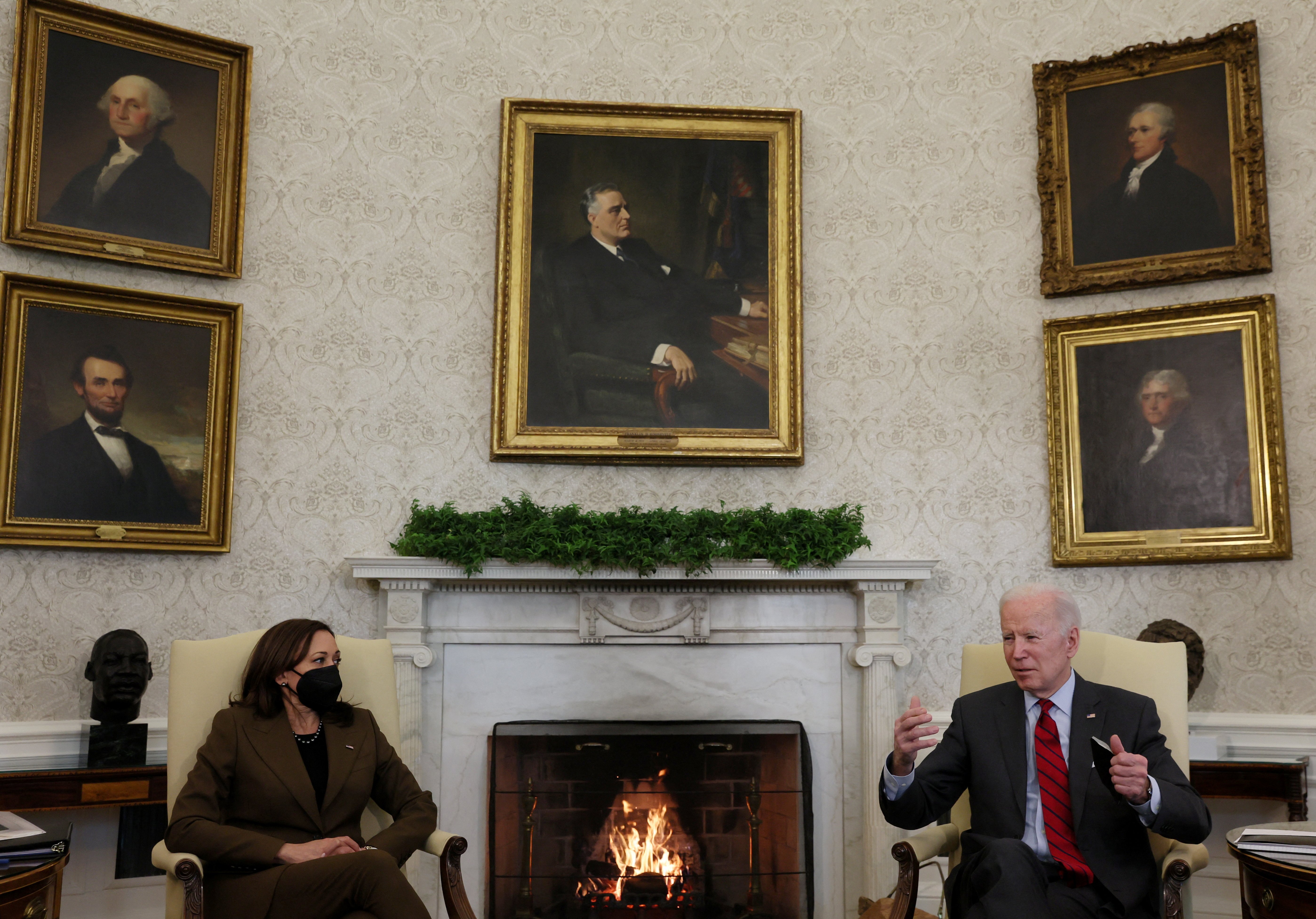 WASHINGTON — President Joe Biden, addressing the National Prayer Breakfast Feb. 3, called for a return to the political civility he said he'd known as a freshman U.S. senator from Delaware.

"We don't spend as much time with each other as we used to," he reflected at the gathering.

The breakfast was greatly cut down from its previous incarnations at a Washington hotel.

This year it was held in the auditorium at the Capitol Visitor Center. One of the organizers, Sen. Chris Coons, D-Del., called it a "reset," limiting attendance to members of Congress, breakfast speakers and their spouses.

It was the first time the event was held in person in two years as a result of the COVID-19 pandemic. The proceedings also were carried live on C-SPAN and other broadcast outlets.

The 70th annual breakfast was low-key and bipartisan. The event always features members of Congress reading Scripture, and this year Senate Minority Leader Mitch McConnell, R-Ky., read from the Gospel of Matthew.

"As president, you should still be able to count on our prayers for the success of our nation," said Sen. Mike Rounds, R-S.D. He said the breakfast reflected "the right of each of us to worship the good Lord as we see fit."

In his brief remarks, Biden, only the second Catholic president in the nation's history, discussed the losses in his own life, including his son Beau's death from a brain tumor, adding, "Everyone has had horrible things to deal with. I had a lot of help."

He added, "It's hard to dislike someone when you know they're going through something you went through."

Addressing McConnell directly, he said, "Mitch, I don't want to hurt your reputation, but we really are friends. And that is not an epiphany we're having at the moment. You're a man of your word, you're a man of honor. Thank you for being my friend."

Referencing Matthew 20:28, Biden said, "I pray we do what Jesus taught us: to serve rather than be served."

Concluding, Biden said, "One of the reasons other countries sometimes think we're arrogant is because we believe anything is possible."

"Unity doesn't mean we have to agree on everything, but unity is where enough of us believe in a core of basic things. The common good, the general welfare, a faith in the United States of America."

Political unity, Biden said, "is elusive," but "it's really very necessary. That's why we're here — to make the most of our time on earth."

The keynote speaker was Bryan Stevenson, founder and executive director of the Equal Justice Initiative, a nonprofit organization advocates for fair and equal treatment in the criminal justice system.

He told the gathering, "We have to understand our power as people of faith to embrace one another."

Outlining what he described as America's "narrative of racial differences" from the era of slavery to the violence that has persisted long after the Civil War ended, he concluded: "We've got to stay hopeful even when it's difficult and painful."