Bishop McElroy sees 'a cultural crisis in our body politic' 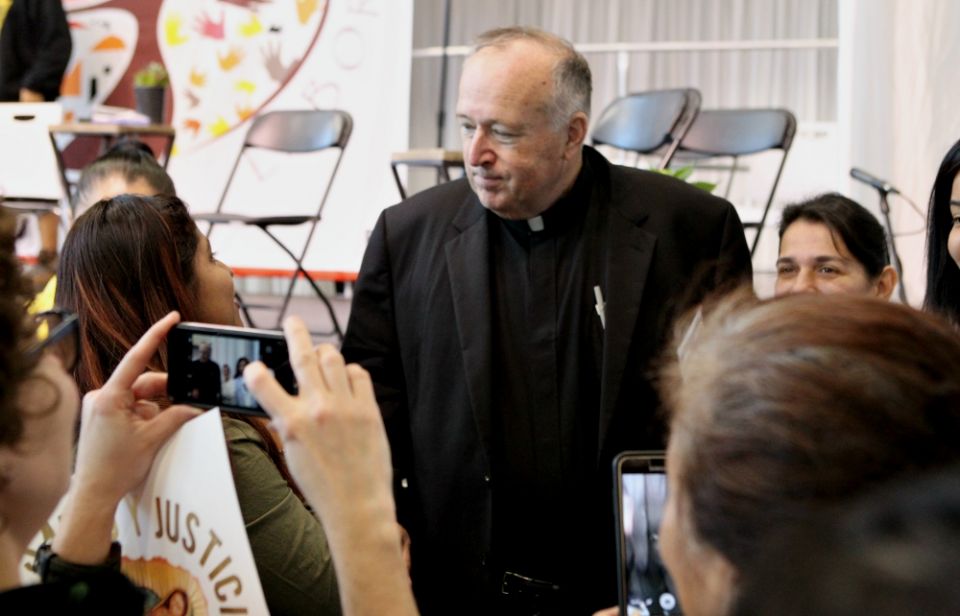 San Diego — When the U.S. bishops gather this week in Baltimore for their annual meeting, they will observe the 100th anniversary of the founding of their organization amid the crisis of World War I. One of their members wishes the group would recapture the spirit of that founding moment and ask what the organization might do today to "help our nation at this moment."

The question and the wish were voiced by Bishop Robert McElroy of San Diego near the end of an extensive interview Oct. 31 at his office here.

"Part of me would like us to scotch the whole agenda and spend the time on: 'How do we help our nation at this moment?' I'm very alarmed about where we're going. I believe we're in a cultural crisis in our body politic," he said.

McElroy has, for a bishop, particularly pertinent credentials to speak about the status of U.S. politics and the broader culture. He earned a bachelor's degree in history from Harvard in 1975 and a master's degree in American history the following year from Stanford University, where he also received a doctorate in political science in 1989. In 1987, he earned a doctorate in theology from Pontifical Gregorian University, which resulted in a dissertation, a highly readable study of American Jesuit theologian Fr. John Courtney Murray. *

It was that dissertation, published in 1989 by Paulist Press as The Search for an American Public Theology: The Contribution of John Courtney Murray, that was the basis for most of the recent conversation. Murray was a leading thinker credited with influencing the tone and direction of the 1965 Second Vatican Council document Dignitatis Humanae, the Declaration on Religious Freedom. His simultaneous high regard for the U.S. constitutional system as well as his critiques of the growing secularism and materialism of the 1950s and '60s in this country, can appear quite prescient in hindsight, as well as appropriate for an analysis of the current moment.

In the book, McElroy writes that Murray was convinced that "the political institutions of American life were increasingly alienated from their spiritual roots and were becoming enemies to the dignity of the human person rather than supports to that dignity. Unless this process was reversed, Murray told the America of the 1950s, the noble experiment that was American democracy could not hope to survive."

Have we reached that point where the separation of institutions from moral and spiritual moorings are threatening American democracy?

Murray "had a theme called 'a spiritual crisis in the temporal realm' that ran through his thinking at the time," said McElroy.

One of the theologian's fundamental convictions, said McElroy, was that "there needed to be, in a sense, a spiritual foundation. By that he meant a spiritual/moral foundation for how we relate to one another as a political community. If that isn't there, the rest of it doesn't work. And that was the starting point for Murray." 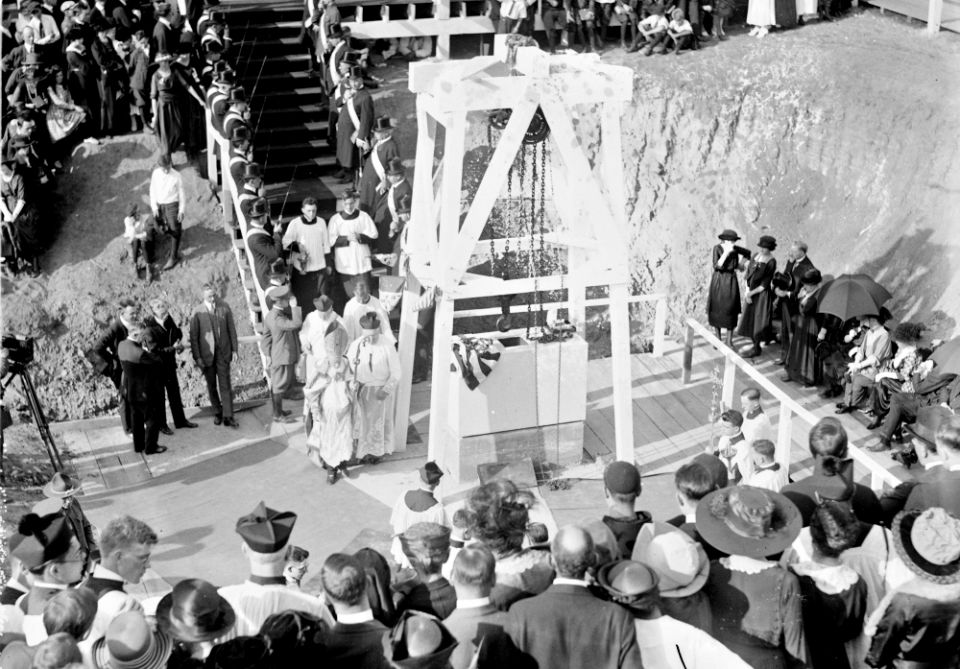 The cornerstone is laid for the National Shrine of the Immaculate Conception in Washington, D.C., in 1920. (Library of Congress)

McElroy thinks that the separation from a moral foundation has occurred to a dangerous degree today, and is exacerbated by the deep political divisions exemplified by a kind of outsized meaning that political parties have taken on.

He cited the work of Franciscan theologian Fr. Kenneth Himes of Boston College who has written about polarization in American politics.

"Himes goes on to argue, and I think quite rightly, that party has taken on a role in people's lives that is very consuming. And so the divisiveness doesn't allow compromise," McElroy said. "We live in these siloed worlds because now being a Republican or Democrat is not just a different series of policy positions that are somewhat self-contained about how you go about fixing things or toward American government."

Instead, said McElroy, party identification has become synonymous with unyielding convictions on "deeply neuralgic issues" from "morality in public life to racism to patriotism" and the like. They "all become subsumed" under a party banner.

Abortion, of course, is the issue that most dramatically illustrates that division. The late Cardinal Joseph Bernardin of Chicago attempted to bridge the divide with what he called the seamless garment approach.

"Bernardin started out with a question: Why is it that the American bishops are virtually the only public sector in American society who are vigorously opposing nuclear war policies in the U.S. and abortion?" said McElroy.

The answer, according to Bernardin, was because "we believe in a consistent ethic of life," said McElroy. "That's how he came at it, not for any particular political purpose. It was a question."

McElroy said the "good critique" of that approach notes that along that spectrum there is no way to differentiate the relative importance of one issue from another. "Abortion, of course, is more important than a number of other life issues, but there are other life issues that are important, too. My thinking on the bishops' conference is that in substance we pretty much believe the same thing. There's not a lot of difference in substance among bishops," he said. "It's a matter of prioritization and strategy. That's where the differentiation occurs." 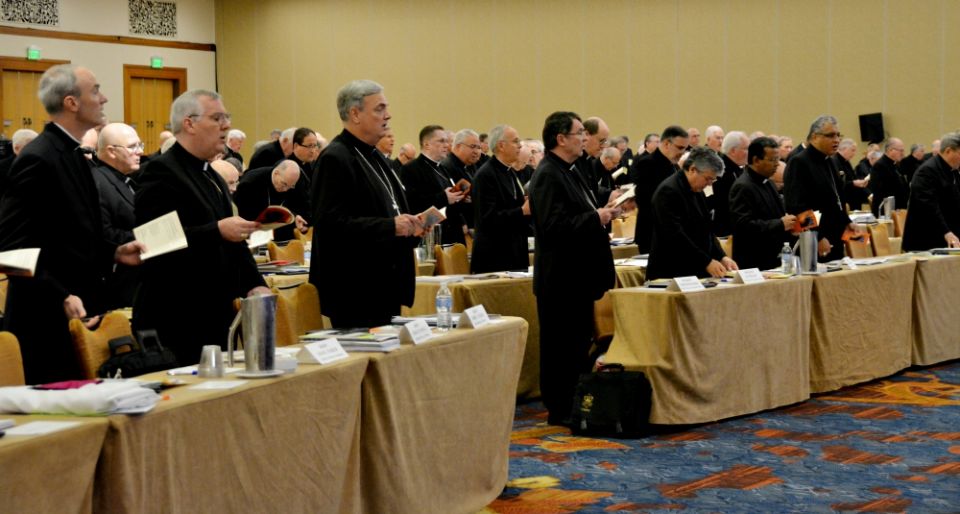 The spiritual/moral consensus of Murray's thought, however, is a realm or two beyond the kind of public religion so evident at times in the public square today.

That expression of religion "is so vacuous," said McElroy. "It's like what civil religion has so often been — it is concepts or images without the content. It used to drive Murray up the wall. So often, the presidents have used religion in civil discourse. It is not a concept which has any bite to it. In other words, substantive religious concepts in public discourse have a demand they place on people. They can be reassuring, yes, and they can be bonding, yes, and that's all great. But they also make demands."

Murray opposed what was at the time "a purely interest-driven, pluralist notion of democracy, where everybody's interests get in conflict, and the people with the most power, their interests tend to prevail." McElroy thinks that's a point we've returned to as a society today.

"There aren't a lot of forces in society that push people to look beyond their own interests," he said. "Religion at its best does that. Not at every moment, but tends to do that. It tends to say, 'Look beyond your own self-interest, beyond the interest of your family, of your tribe, of your race, of your class.' "

He thinks the dissolution of consensus, while building for a long time, took a giant leap with the attack on Robert Bork, who was nominated to the Supreme Court in 1987 but failed to be confirmed. That was a big moment, said McElroy, in "the partisan transformation of our formerly nonpartisan institutions." 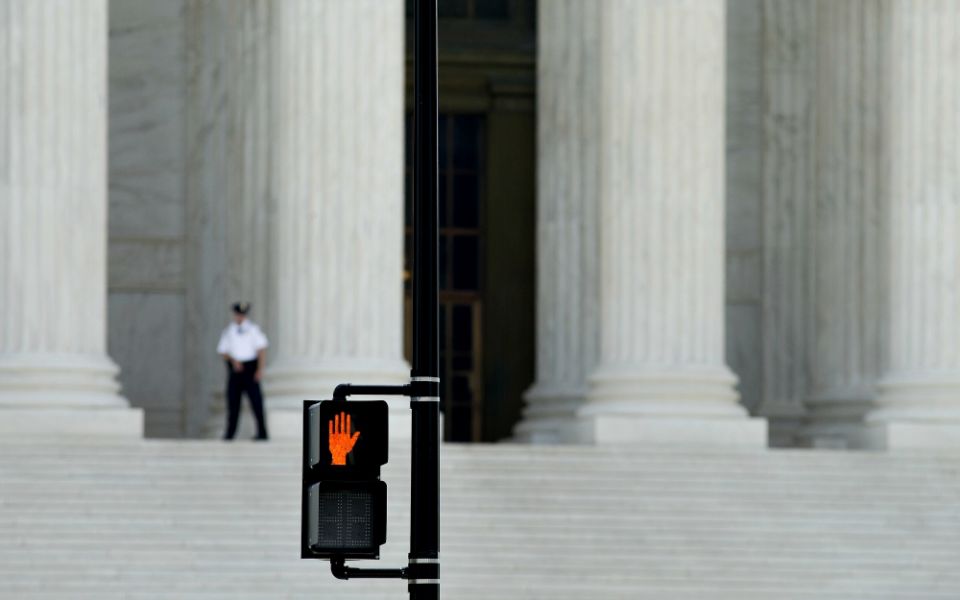 What followed — decisions by the high court in the Bush v. Gore election results and in Citizens United v. Federal Election Commission — only further served to politicize the court.

McElroy recalled that the Supreme Court was the undisputed final arbiter in the Watergate scandal. "Nobody said, 'We're not obeying the court on the tapes case,' " referring to the 1974 decision against President Richard Nixon, ordering him to turn over secret tape recordings of his conversations.

"Now I don't believe the president would obey that if it came to such a thing today. I really don't, no, I don't. And would the Congress impeach him over it?"

McElroy said he believes that if the dissolution of consensus and social norms that he sees generates a crisis, "I think the Republicans in Congress won't sit by while it goes down the tubes." He believes "there would be enough of them who would go to him [President Donald Trump] and say, 'We're voting against you in the Senate.' "

One of the elements in the dissolution of public consensus is the steep erosion in trust in institutions that has occurred in recent decades. "When you look at the polling data on all the major institutions, it's disastrous. I mean credibility, there's nothing," said McElroy.

"You may not want absolute trust in certain institutions either, but the fact that we have none, there's not a single one that you could say has credibility to, even in concert with a few others, stop this runaway train that we're on — that to me is the biggest challenge."

And one of the largest religious institutions in the country to have suffered an especially deep decline in credibility is the Catholic Church. The sex abuse crisis, he said, has "compromised the church's moral authority tremendously."

While the erosion of credibility in the Catholic world may have begun over lay rejection of some church teachings, notably the ban on the use of artificial contraception, those disputes can be reconciled in a way, he said, by recognizing that clergy and lay live and work in different circumstances. "And yet we're all about the same thing."

The abuse crisis, on the other hand, "was one of authenticity and do they really care about us. That's why that's a particularly chilling question people raise about the leadership of the church."

And yet McElroy believes the church, in concert with others, could play a role in re-establishing both public trust and a public consensus. 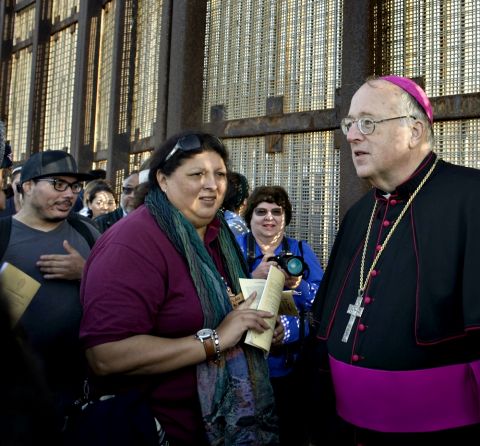 Asked how he would direct such a conversation, he said, "How can we, in collaboration obviously with other religious communities and other moral leaders, how can we call the nation to a renewal of a sense of solidarity? I really do think [Pope] John Paul II's concept of solidarity is exactly what we need now. So how could we be agents of renewal for that in our society?"

Solidarity is substantially more than getting along or finding common cause in a crisis, he said.

"It's the recognition we are all debtors of the society in which we are graced to live. That's the stance of solidarity: That we're bound together. Graced, because it is a grace of God to be in the community we live in, and we're debtors, not claimants."

He said it would mean "dealing with the sources of alienation and so forth. We're imperfect agents, and we'd have to recognize that we're very imperfect agents of that at the present time. That's why we'd need to be with the other religious and moral communities to figure out how we do this."

In 1917, the bishops organized to coordinate Catholic efforts to aid the country during World War I. "To me, it's the same thing," said McElroy.

"In fact, the crisis now is worse than the First World War because the war got over so early. But it's the same thing, to ask ourselves, how can we, as the bishops of the United States, in collaboration with others, serve the society which is in great need now. That's what they did 100 years ago."

* Editor's note: An earlier version of this story misstated where McElroy received his doctorate in theology.

[Tom Roberts is NCR editor-at-large and the author of The Emerging Catholic Church: A Community's Search for Itself (2011) and Joan Chittister: Her Journey from Certainty to Faith (2015), both published by Orbis Books. His email address is troberts@ncronline.org.]

The Kochs' politics (and money)

'Do not trust in princes': the limits of politics