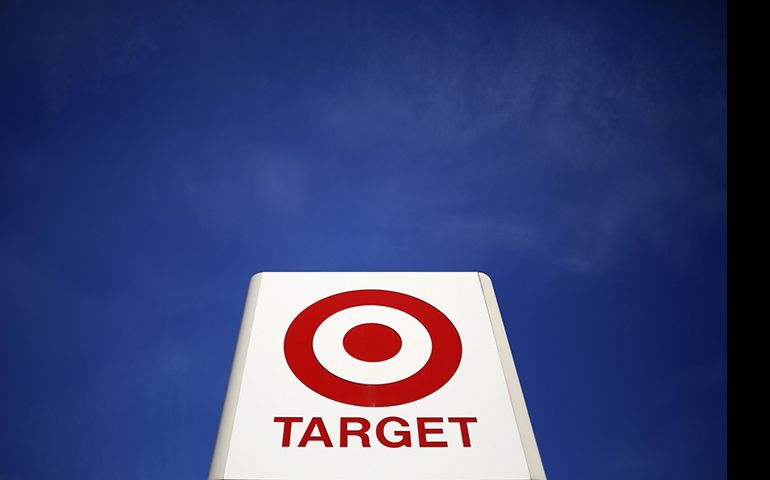 A sign for a Target store is seen in the Chicago suburb of Evanston, Illinois, on February 10, 2015. (Photo courtesy of Reuters/Jim Young)

Less than a week after Target, the nation's second-largest discount retailer, announced that transgender customers may use the restroom that "corresponds with their gender identity," nearly 500,000 people have signed a #BoycottTarget online petition launched by the conservative American Family Association.

In its April 19 announcement, the Minneapolis-based retailer with 1,802 outlets said, "We believe that everyone -- every team member, every guest, and every community -- deserves to be protected from discrimination, and treated equally."

The retailer, which had $74 billion in revenue last year, said it was motivated by legislation in about 15 states that would require individuals to use the restroom that corresponds with the sex listed on their birth certificate. The William Institute, a think tank based at UCLA, estimates there are 300,000 transgender people (13 or older) in those 15 states.

The day after Target's statement, the American Family Association launched the boycott, saying, "Target's policy is exactly how sexual predators get access to their victims. Target's dangerous new policy poses a danger to wives and daughters."

Mississippi-based American Family Association called on Target to install additional restrooms to be designated as single occupancy and unisex.

The issue of transgender civil rights has divided the Christian community. In South Dakota, Lutheran Bishop David Zellmer called on Gov. Dennis Daugaard to veto a bill requiring transgender people to use the restroom matching their sex at birth.

"This is a bill that ostracizes transgender students, putting them at risk in our schools," said Zellmer. "Let us stand in their corner rather than against them." On March 1, Daugaard vetoed the bill.

"There are no easy answers," said Mark Yarhouse, a conservative evangelical psychologist and author of "Understanding Gender Dysphoria," on his blog recently. "What I recommend is a thoughtful, prayerful approach, one characterized by humility about what we know and do not know, and a response that embodies conviction, civility, and compassion."