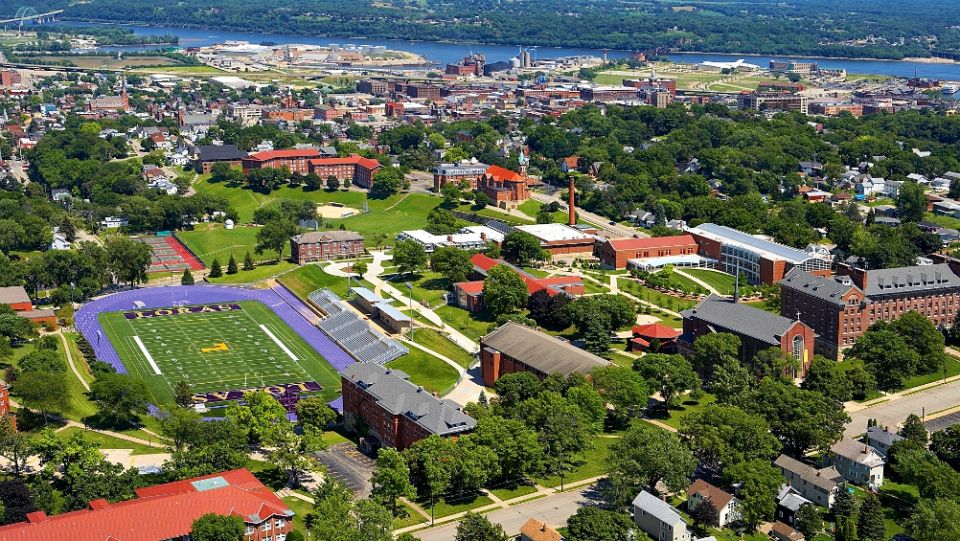 UNITED STATES — The Jesuit universities of the United States have expressed their solidarity with the Jesuit-run Central American University in Nicaragua this week.

Violence has erupted in Nicaragua after student protests against changes to the country's social security system were put down by government forces with violence, killing dozens. Since then, the protests and civil unrest have spread throughout the country.

"We add our voice to those of our Nicaraguan colleagues in urging the government to respect the constitutional rights of its citizens, starting with freedom of expression and peaceful protest," the 28 Jesuit universities of the U.S. said in an April 24 statement released by the Association of Jesuit Colleges and Universities.

The Catholic Church in Nicaragua is attempting to mediate between the clashing factions, according to an April 26 report in the New York Times.

DUBQUE, IOWA — A team from Loras College, which enrolls just over 1,500 students, has placed second in a worldwide finance competition, according to an April 25 press release by the college.

According to the press release, "The Peeptrade Global Investment Challenge is designed for undergraduate and graduate students worldwide to receive real money management experience. Contestants construct a portfolio using a virtual endowment of $1 million and compete on the investment performance of their virtual portfolios."

Loras had two teams competing in the competition, both of which made the top five, the only American teams to do so. The University of Technology Sydney, with an enrollment 25 times Loras', finished first.

DENVER — Regis University announced April 25 that it has received the largest gift in its history. The $10 million gift came from alumnus Andy Anderson, a Minnesota-based businessman and president/CEO of Nor-Son Inc.

"I have relied heavily on my Jesuit education in my career to not only help me make the right business decisions but to also make decisions that best serve the needs of my customers and my community," Anderson said in the press release.

The gift will fund the university's 3-year-old College of Business and Economics, which will be renamed after Anderson.

MILWAUKEE — The Wisconsin Supreme Court April 19 heard the case of a Marquette University professor who was suspended amid controversy.

On his blog in 2014, John McAdams named and criticized a graduate student instructor* for not allowing negative comments about gay marriage.

Marquette suspended McAdams for revealing the teaching assistant's identity and demanded an apology. McAdams has refused to apologize, saying that he is being targeted for his beliefs.

The university has said it will not end McAdams' suspension and will dismiss him without an apology. McAdams is suing to get his job back and for damages.

*Editor's Note: An earlier version of this story incorrectly identified the student's position as a teaching assistant of McAdams. The person was a graduate student and an instructor of philosophy.