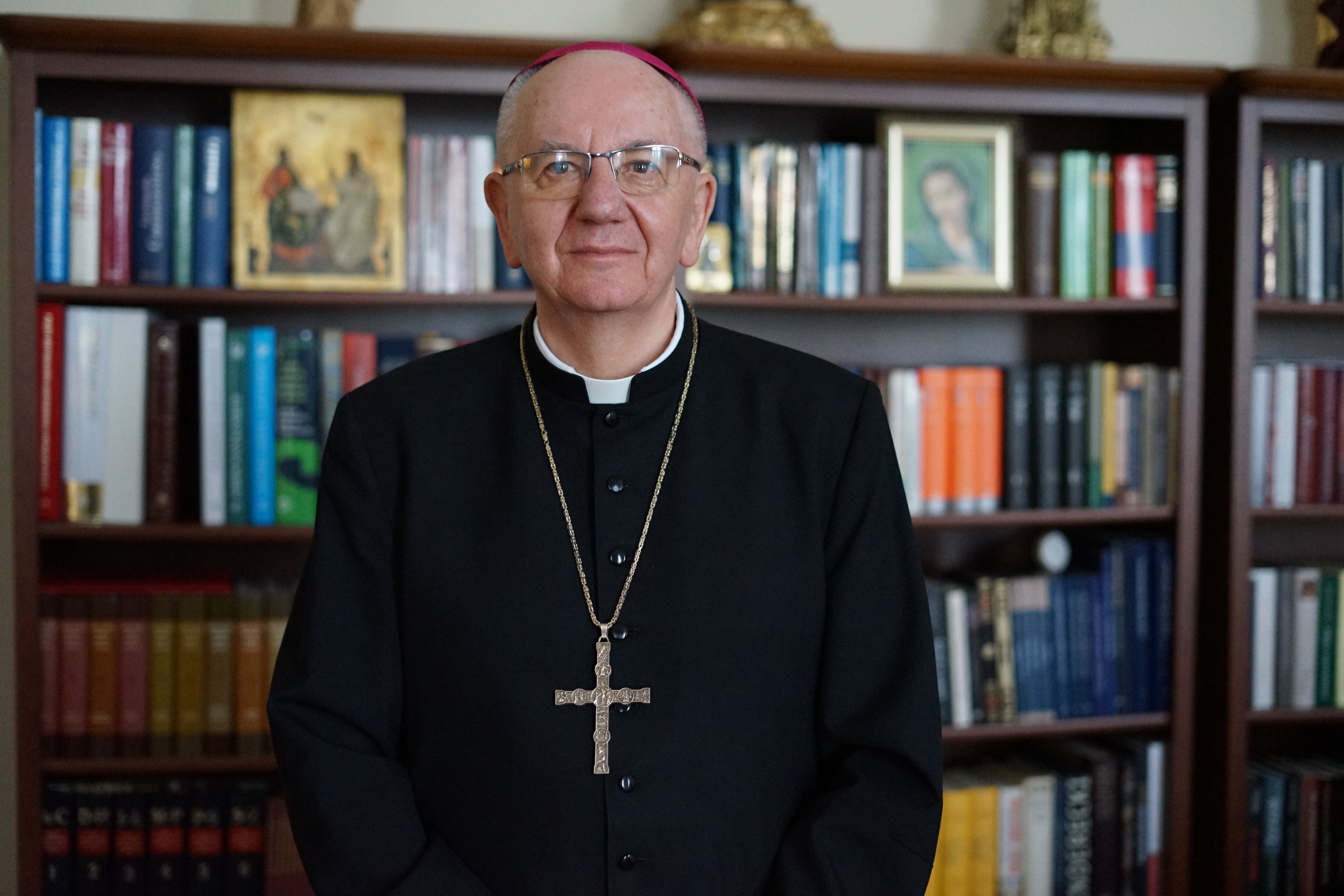 LUBLIN, Poland — In a cavernous warehouse on the edge of Lublin, Piotr Piskorski sees too much empty space, especially near the pallets of baby formula, canned soups and vegetables and individual servings of instant noodles.

He didn't mention the lone box of extra-large jars of dill pickles.

Caritas Lublin moved its Ukrainian aid distribution center to the warehouse in mid-March when donations from around Poland and across Europe made Lublin "the largest hub for Catholic humanitarian aid to Ukraine," said Piskorski, a Caritas logistics manager.

Initially, the archbishop said, the trucks were filled with "whatever people from Lublin brought — nothing was purchased centrally."

"As time went on, we organized better and things began arriving from all over Poland and Europe," the archbishop said.

But the donations have slowed. On April 22, Piskorski and two other workers unloaded four shipments from France and one from Germany. The donations included blankets and sleeping bags, boxes of bandages and pallets wrapped in black plastic and labeled "hygiene."

Next to a hill of new, plastic-wrapped beds that could fill a shelter for the displaced, there were four opened boxes of packing tape. "This is for us," Piskorski said. "It's very helpful."

But he is worried about the section of the warehouse where food is stacked ready to be sent on to Ukraine. The piles are petite compared to the stacks of boxes of used clothing and shoes, labeled men, women or children.

Lublin is less than 60 miles from the Dorohusk border crossing; Caritas Lublin staffs a reception point there for refugees 24 hours a day, seven days a week, the archbishop said.

The crossing also is where the trucks, driven by Ukrainian drivers, cross into Ukraine and head for one of three sorting sites.

Archbishop Budzik said the speed with which Caritas Lublin was able to organize the shipments and its continuing ability to send humanitarian aid is thanks to close relationships with people in Ukraine, both Latin- and Eastern-rite Catholics, and their Caritas operations.

"It would have been difficult if we sent our own drivers because they do not know the roads," he said. Local knowledge is even more important now that Russia has destroyed so much of Ukraine's infrastructure and scattered so many landmines around.

"Kharkiv is 1,000 kilometers (620 miles) away," the archbishop said. "The driver must know the roads and which bridges are out, but even now it is possible to reach."

The Ukrainian Caritas operations and other charities send lists of needed supplies to Lublin and, depending on what is available at the warehouse, trucks are loaded up and sent in. At one of the distribution sites in Western Ukraine, they are divided up, put onto smaller trucks or vans and sent to cities under siege.

The people in Ukraine keep asking for food and for medical supplies. That weighs on the archbishop and on Piskorski at the warehouse.

"The war has shocked everyone," Archbishop Budzik said. "A half a year ago, no one could have believed Russia would attack in such a brutal way."

He stepped out of the meeting room for a moment and came back with what looked like a dark gray rock. It was a piece of the bomb that struck the roof of the chancery of the Diocese of Kharkiv-Zaporizhia March 1, he said.

"Thanks to social media and new technology, everyone has images of these atrocities in their homes, and they react," the archbishop said. "We have such a massive tragedy so close to home."

When the war began, he said, "we reacted so generously — probably out of shock — but we must maintain this support."

As Ukrainians continue to defend their West-looking independence and democracy, they need support from their friends and neighbors, Archbishop Budzik said. "We are living at a decisive moment in the history of Europe."