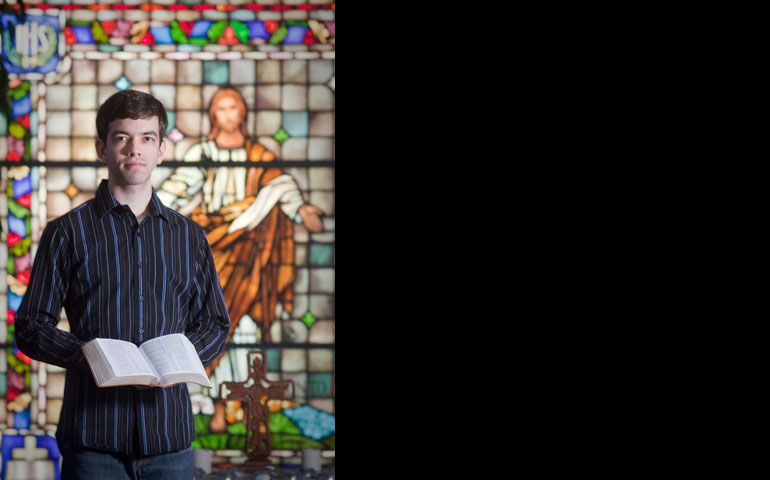 Could there be a future where most American Christians support same-sex relationships? If so, it will be due to the emergence of conservative Christians who say orthodox believers can support lifelong, monogamous gay relationships without undermining their commitment to biblical authority.

In evangelical gay Christian Matthew Vines' new book, God and the Gay Christian: The Biblical Case in Support of Same-Sex Relationship, he examines the six biblical passages on same-sex behavior and argues that they do not address today's long-term gay relationships.

New Testament scholar James Brownson, who wrote the 2013 book Bible, Gender, Sexuality: Reframing the Church's Debate on Same-Sex Relationships, concurs. He told me: "Male-male sex in the ancient world was episodic. It was mainly young boys with older men or male slaves and masters. It was not mutual. These were not relationships, they were not marriage and they were not meant to turn into marriage." Brownson said to compare what ancient writers viewed as heterosexual "sexual excess" -- akin to gluttony -- with the modern concept of sexual orientation is misguided.

This is not a matter of molding biblical teaching to satisfy a personal belief. Both Vines and Brownson hold a "high view" of Scripture, meaning it is the final authority on all matters of faith and life. They oppose unbiblical divorce and premarital sex, for example. But Brownson says, "The issue of sexual orientation represents new data that the church needs to ask itself, 'Should this change the way we look at this?' "

The church has done this before, on issues ranging from slavery to the solar system.

Vines writes: "Christians did not change their minds about [the sun revolving around the Earth] because they lost respect for ... the authority of Scripture. They changed their minds because they were confronted with evidence their predecessors had never considered."

Both men argue there is plenty of new evidence to consider, including the fact that same-sex orientation is not a choice. Even the head of the now-shuttered leading "ex-gay" ministry has stated that 99.9 percent of people he has met with same-sex attraction "have not experienced a change in their orientation."

Renowned Christian theologian Lewis Smedes wrote in 1999 that the closest parallel to this debate is the church's former opposition to nearly all remarriage after divorce. Scripture states that remarriage after an unbiblical divorce is adultery. To gain good standing in God's eyes, those who had remarried were told to divorce their new spouses and either remarry the first or remain celibate for the rest of their lives.

Smedes noted, "As long as [the church] read Jesus' words with no regard for the devastation that its policy inflicted on the human families involved ... the church could go on believing that it was only following Jesus' own instructions. But once it factored human reality into its reading of the Lord's words, it was bound to ask: Could Jesus actually have meant the church to cast away people?"

The answer was no. Perhaps the same question should be asked about gay Christians.

O'Malley: Trend of workers fired for LGBT issues 'needs to be rectified'