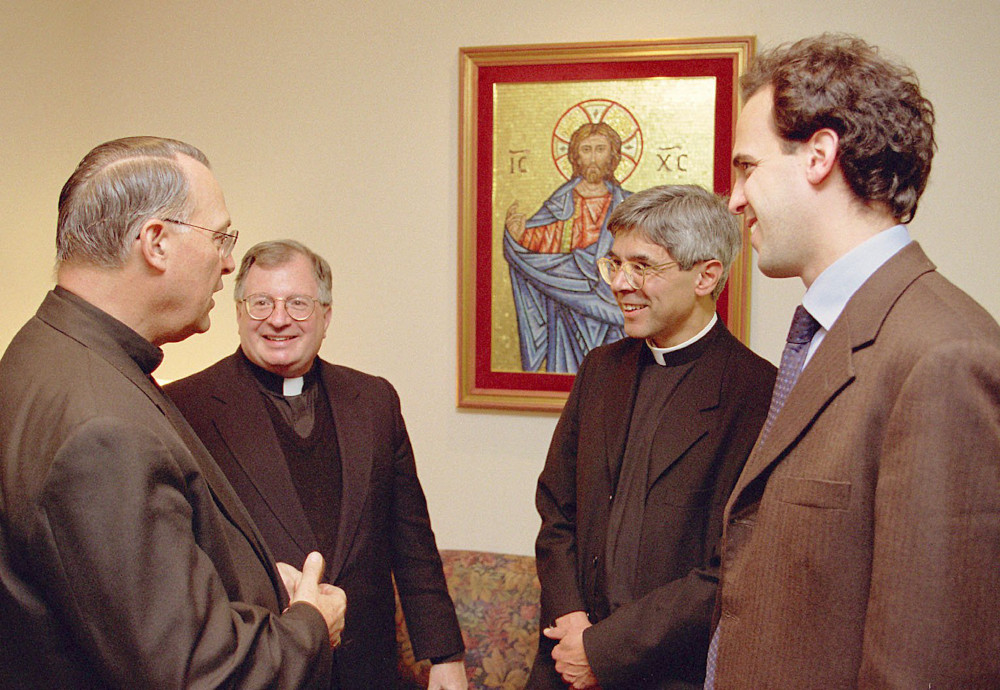 Present and past colleagues of Jesuit Fr. Drew Christiansen paid tribute to the Middle East and foreign policy scholar and former magazine editor who died April 6.

Jesuit Fr. James Martin, who in 2005 worked for America, the national Jesuit magazine, remembered when Christiansen took the helm of the publication. 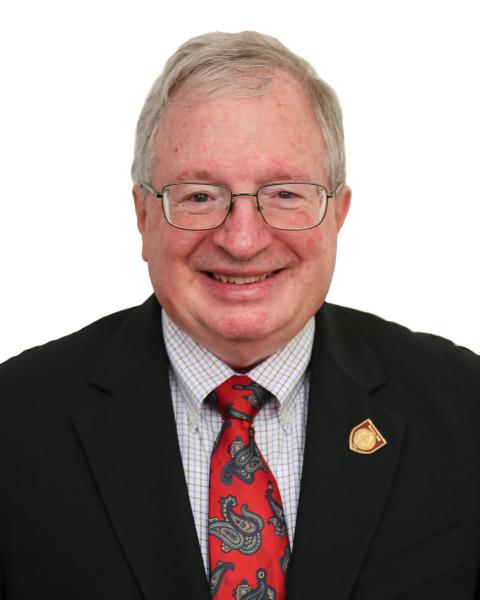 The Jesuit Conference of the United States appointed Christiansen to succeed Jesuit Fr. Thomas Reese, who announced May 6, 2005, he would resign at the end of that month.

Reese had faced repeated complaints from then-Cardinal Joseph Ratzinger, who objected to the magazine's treatment of some sensitive church issues, such as same-sex marriage and the reception of Communion by Catholic politicians who support keeping abortion legal.

At the time, Jesuit officials told Catholic News Service's Rome Bureau that the priest's resignation "was not imposed" but he had tendered it after discussing the situation with his Jesuit superiors, following the cardinal's election as Pope Benedict XVI in April 2005.

"Drew was able to steady the boat and deepen our relationships with the bishops, many of whom he knew personally, especially those in the United States," Martin added.

But Christiansen also was "not afraid of speaking truth to power," he said. "Often in editorial meetings, when someone worried that a particular editorial or article might offend some in the episcopacy, Drew would say, 'The bishops need to be challenged on this point.'"

Martin said, "For someone who never wanted to be editor-in-chief, he turned out to be good at it: smart, thoughtful, consultative, wise and kind."

In a joint message, Jesuit Fr. Ron Anton, head of the Jesuit community at Georgetown, and Jesuit Fr. Mark Bosco, the order's vice president for mission and ministry, said: "Father Drew was a dedicated Jesuit priest, scholar, advocate and community member who devoted his life to applying the rich social tradition and ethics of the Catholic Church to issues of human rights, nuclear disarmament, interreligious dialogue and peaceful relations around the world.

"He represented the best of what Georgetown envisions for global engagement through the lens of our Catholic faith and Jesuit tradition," they added. "He held a special interest and passion for working for peace in the Holy Land and Christian-Muslim dialogue, advocating for disarmament and the prohibition of nuclear weapons, and the rights of workers everywhere."

"In addition to his work around the world, Father Drew was an incredible pastoral presence here at Georgetown and in the lives of faculty, students and staff. He was beloved by his students, always eager to hear about a student's interests and background, and could often be found hosting students at Wolfington Hall (the Jesuits' residence) for thoughtful lunch conversations."

Rateb Rabie, in a April 7 remembrance of "Abouna Drew" -- "abouna" is Arabic for "father" -- said: "Abouna Drew is not truly gone, for he lives in the good works he accomplished here on earth. One essay or speech can never do justice to all that he did, all the friendships he formed, and all the lives he left forever changed for the better. I hope to pay homage to this gracious man whom I was honored to call a friend."

Rabie and Christiansen were the co-founders of the Holy Land Christian Ecumenical Foundation, known by its acronym HCEF.

"Abouna Drew was the true force behind HCEF. He brought a depth of experience in both religious matters and Middle East Affairs. He opened the doors wide for the Catholic Church to support HCEF and the Palestinian Christians," Rabie said.

"I can never thank him enough. His experience truly guided us in those first days. His charisma helped us grow. He was so personable that we have him to thank for our volunteer and support base," he continued. "He was unwavering for justice and peace in the Middle East, especially for the Palestinian people. His steadfast commitment led many people to recognize the plight of the Palestinians."

Rabie added, "He encouraged us all to believe that one day justice would prevail," calling Father Christiansen "an honored friend, a true American, and a global citizen."

John Carr, co-director of Georgetown University's Initiative on Catholic Social Thought and Public Life, had been Father Christiansen's boss at the U.S. bishops' conference for the six-plus years the priest worked there.

"I had the honor of working closely with Father Drew Christiansen SJ when he led the U.S. bishops' Office of International Justice and Peace in the 1990s," Carr recalled in a statement to CNS. "His great knowledge, relationships and skills helped the (bishops') conference lead on issues of war and peace, care for God's creation, and the search for justice and peace in the Holy Land."

Carr added, "He was a caring priest, committed Jesuit and good friend. At his passing, we are comforted by the promise in the beatitudes, 'Blessed are the peacemakers,' for that was his vocation."

Victor Gaetan, author of God's Diplomats: Pope Francis, Vatican Diplomacy, and America's Armageddon, tweeted about Christiansen: "What a marvelous, generous priest & friend. A goldmine of knowledge; a holy man. #EternalRest grant unto him O Lord, and let perpetual light shine upon him."

Jordan Denari Duffner, an author and Catholic scholar of Muslim-Christian relations and a Georgetown doctoral student of Christiansen's, tweeted April 6: "Fr. Drew was an advocate of Muslim-Christian dialogue and was very vocal about the rights of Palestinians. He was a friend and mentor to me, always supporting my writing and vocation. Allah yarhamu," Arabic for "God have mercy."

Stephen Colecchi, who in 2004 was appointed director of the U.S. bishops' Office of International Justice and Peace -- a post Christiansen held from 1991 to 1998, tweeted, "Father Drew was a friend and colleague. I will miss him and his gentle, yet strong leadership."