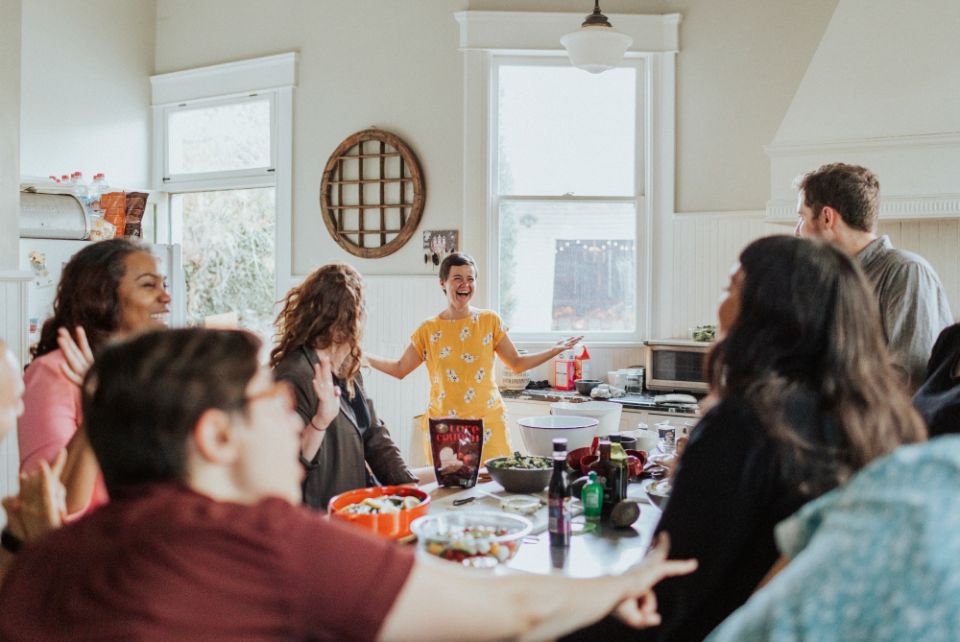 In 2015, Kate Bowler, a history professor at Duke Divinity School, then 35 and the mother of a young son, was diagnosed with stage IV cancer.

After getting the news, she wept. She prayed. Then she called her husband.

"I waited until he arrived so we could wrap our arms around each other and say the things that must be said. I have loved you forever. I am so grateful for our life together. Please take care of our son," she wrote in a New York Times opinion piece a few months after her initial diagnosis. Then he walked me from my office to the hospital to start what was left of my new life."

Bowler was not ready for what came next. 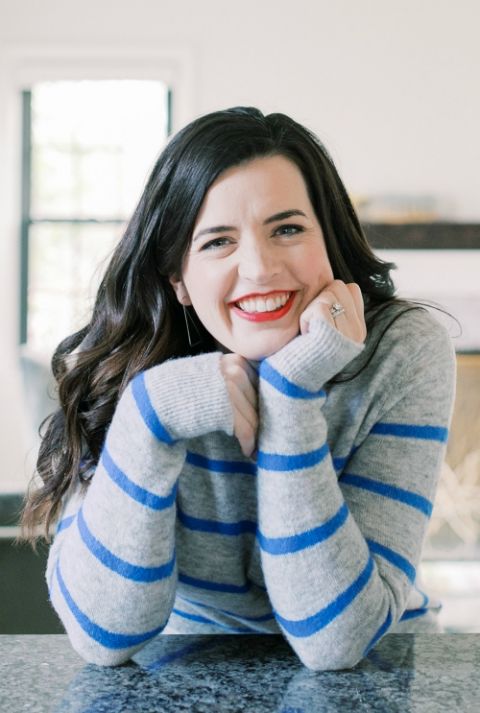 The torrent of responses to her story included, in addition to empathy, detailed questions and advice: Was she eating right, was she spiritually grounded, was she trying hard enough?

"I had never really known what it felt like to be a problem to be solved," she wrote.

Bowler went on to write a book about her experiences, titled Everything Happens for a Reason: And Other Lies I've Loved. She also launched a podcast in which guests share their own perspective on lessons garnered from times of woe.

"There's a failure of public language around suffering," she said. "I think in the spiritual community we have a lot of fear."

Perhaps in answer to that failure, our age of nonstop communication has brought an increasingly rich array of resources, both online and off, for those who wrestle with grief, suffering and loss. At a time when trust in traditional authorities like the church and its clergy is strikingly low, young adults and others are employing new ways to support each other when bad news or tragedy arrives.

Lennon Flowers lost her mother while a college student. By the time she started to open up in her mid-20s about her loss, she had spent years "keeping my hours full with things that weren't cancer," she said.

That experience led her to take a central role in creating the Dinner Party, a nonprofit that recruits hosts who bring young people together to talk about grief over potluck dinners. Launched officially in January 2014, Flowers' site now boasts about 300 hosts.

While the grief-gathering nonprofit has a user-friendly website, its purpose is to draw attention to in-person get-togethers tailored for a generation that grew up online but craves the intimacy of in-person connection.

"We realized what we were really out to do was cultural," she said. "What I love about this moment is that there are a lot of voices pushing back about silence and stigmas and mythologies around grief and loss." 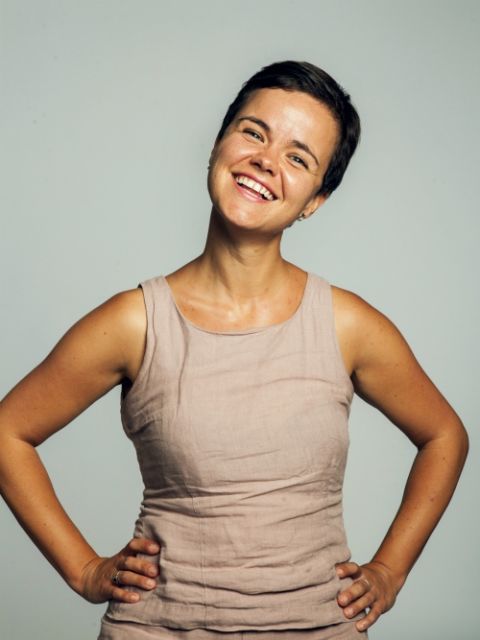 In conversations over informal meals, participants find that their feelings of sadness are accepted without judgment. They also realize that there's no time limit on pain and mourning.

Many of the young people who come to the potlucks are often the first people among their friends to confront loss. "For other generations, it's less familiar to talk about your private life. We're seeing them [young adults] reclaiming experiences and thoughts people had hidden behind closed doors," Flowers said.

The Dinner Party is particularly sensitive to the need to provide venues for those in the LGBTQ community, people of color and other minorities. "It's incredibly powerful to have people who share other sources of commonality," said Flowers. "Grief and loss aren't shared equally. There are communities where loss is endemic. We have not begun to touch the surface of that."

The meals offer a chance to care for one another during a time of grief. That kind of support can be hard to find, said Flowers. Followers on Instagram and friends on Facebook don't equate to having a supportive community, Flowers said.

"We live in a time in which people are starved of meaningful connection," she said. "I feel privileged to be surrounded by stories of profound grief and courage."

Attia Nasar, a marketing specialist at Merck & Co., lost her mother unexpectedly more than a year and a half ago. Now she hosts her own table. "When you lose someone who is close to you, you are almost transported into another dimension of your life," said Nasar, a member of the Ahmadiyya Muslim community who attends a mosque in Philadelphia.

"You don't understand it until you go through it yourself. To be able to come to the table with people around you who have experienced similar grief is extremely comforting — just to know you are not alone."

Gregory Thomson, also a Dinner Party host, lost his father suddenly five years ago in an auto accident. In the aftermath, Thomson, who works for Big Brothers Big Sisters of America in the Philadelphia area, has gotten involved with several grief organizations, including one that works specifically with children.

"Culturally, death is not something we talk about. It's taboo," said Thomson. "A dinner party is more acceptable."

Social media, he added, can be a double-edged sword. "A lot of people on social media are trying to lead their best lives, and it's not always authentic," he said.

Spirituality and faith play a role in some of the dinner conversations, but perhaps not in a way that older generations might immediately recognize.

When a group gathers at his apartment, the topic of death may include a discussion of Jewish practice of sitting shiva, or conversation about cremation or having open versus a closed casket. Participants have sometimes asked each other, "What's your best ashes story?"

Others have created an altar where they put pictures of lost loved ones, perhaps with a candle to honor them. More than a traditional spiritual practice, Thomson said, "it's a way of keeping their memory alive."

The Rev. Kenneth Doka, a Lutheran minister and senior consultant to the Hospice Foundation of America, has a long track record of reflecting on the grieving process. He has found, in almost 50 years as an authority and longtime student of loss, that it is an intensely unique experience.

"We grieve as differently as we live," said Doka, author of Grief Is a Journey.

Asked why he has become, both among Protestants and fellow Catholics, a go-to resource in difficult times, he said he wasn't entirely certain. "Maybe it's because I'm not afraid to express my own feelings about a loss or a tragedy online. Perhaps that invites others to share their own emotions," he said in an email.

The fact that he's a Christian, and addresses suffering from a Christian perspective, may also encourage believers to feel comfortable sharing their own perspectives, he added.

Martin sees his online correspondence and conversations about suffering and loss as an extension of his ministry, he said. "I feel especially sorry for people online who feel that they have few people in their lives to turn to. Sometimes I also field questions from people who have been told harsh things by someone else (or even a priest), like they shouldn't be sad, or shouldn't be angry at God, and so on. So sometimes my response is not just consolation but a little spiritual direction, too."

Bowler said her public conversations have helped her see herself as part of a larger community of "co-sufferers."

"At least I know now that interdependence is how we are supposed to hold each other together," said Bowler. "We know things that other people choose to forget or know eventually." She wants to believe, she said, that life doesn't have to be better to be beautiful.

"This is a country convinced there is a solution to everything. There's no solution to mortality."

People | A community of 'co-sufferers': navigating grief in the social media age