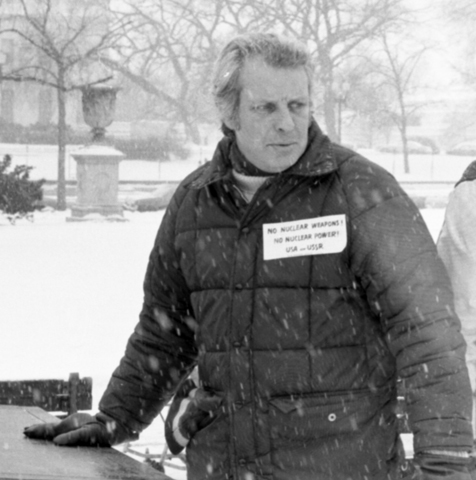 Between the White House and the U.S. Capitol -- a two-mile terrain where inaugural parades along Pennsylvania Avenue are staged for new presidents -- lies the homeless belt of America. At various sites, the Father McKenna Center, Mount Carmel House, House of Ruth, Dorothy Day Catholic Worker House, Zacchaeus Community Kitchen, Rachel's Women's Center, N Street Village and the Capital Area Food Bank have been among the havens where beds, meals and other mercies are available to people who need and deserve them.

The largest of the operations is a 1,350-bed facility at 425 Second Street. It traces its beginnings to 1984, when the Community for Creative Non-Violence was given access to the abandoned federal property.

That was the year when Ronald Reagan, whose administration was seeking cuts in food stamp and child nutrition programs, appeared on ABC's "Good Morning America" to utter what might have been the most ignorant statement of his presidency, assuming it's possible to pick just one: "What we have found in this country, and we're more aware of it now, is one problem that we've had, even in the best of times, and that is the people who are sleeping on the grates, the homeless who are homeless, you might say, by choice."

Backing the idea of the Grate Society was presidential counselor Edwin Meese: "People go to soup kitchens because the food is free and that's easier than paying for it."

What brings this to mind is the work of J. Edward Guinan, founder of the Community for Creative Non-Violence in 1970. His commitments to comfort the dispossessed elevated homelessness to a national issue that could no longer be dismissed as a minor problem that was beyond the policy concerns of government, left only to Samaritans and saints to handle.

On Dec. 26, Guinan, 78, died in his home in Washington. He was a family friend. I'm the godfather of one of his four children, and I was at his ordination as a Paulist priest in 1970.

As a chaplain at George Washington University, Guinan's innovative post-Second Vatican Council liturgies and his anti-war, pro-civil disobedience sermons became the gusts of wind power for activism among students.

For service, he directed them to the Zacchaeus Community Kitchen, which he opened in September 1972. The first bowl of soup was ladled by Mother Teresa, then unknown to the world, but just seven years from a Nobel Peace Prize and 31 years from beatification.

Recalling last year's publicity about high-living prelates residing in mansions, it's worth noting that in 1974, Guinan was 40 years ahead of his time. He went on a water-only fast that successfully shamed Washington Archbishop William Baum to back off from buying a mansion in one of the city's wealthiest neighborhoods. The fast -- 41 pounds were shed -- won national attention.

What Pope Francis said in the first days of his papacy -- "how I would like a church that is poor and for the poor" -- was Guinan's reason for the hunger strike: to create "a reordering of priorities by the archdiocese so as to provide for the poor and abandoned."

What Francis said about capitalism -- "the idolatry of money" -- was on the mind of Guinan four decades ago. In 1973's Peace and Nonviolence, he wrote about "the violence of the respectable, the violence of the powerful that seeks personal gain and privilege by maintaining inhuman conditions. It is the violence of the boardrooms, legislators and jurists. ... This latter type of violence is what we must become aware of and actively dismantle if the future is to hold any possibility for peace."

In 1974, Guinan was laicized and married Kathleen Thorsby, a volunteer at the Community for Creative Non-Violence. Together they would become a power couple different from the kind Washington adores, one heated not by the coals of wealth and status but by the wattage of persistent service: one meal, one bed, one kind word at a time.

[Colman McCarthy is a former Washington Post columnist. His new book is Teaching Peace: Students Exchange Letters With Their Teacher.]

A version of this story appeared in the Feb 13-26, 2015 print issue under the headline: Community leader elevated homelessness to a national issue.