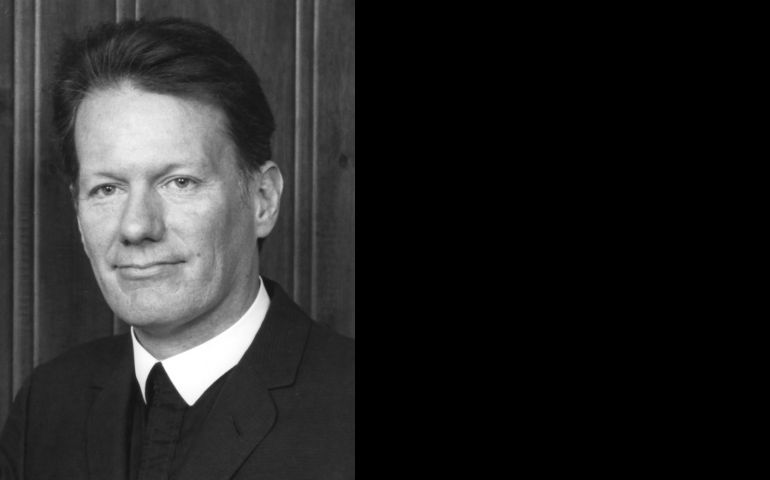 Christian Br. Jeffrey Gros, a leader in the ecumenical movement and former official with the U.S. Conference of Catholic Bishops, died Aug. 12 at age 75. For more than a year, he struggled with pancreatic cancer.

For decades, Gros participated in an untold number of dialogues with religious groups, delivered keynote addresses around the world, edited numerous books and wrote hundreds of book reviews. He has been remembered by colleagues for his zealous work in broadening the scope of ecumenism.

An online posting described him as "a public thinker" in theology, ecumenism and catechesis.

The funeral Mass for Gros was scheduled for Aug. 17 at Sancta Alberta Chapel on the campus of Lewis University in Romeoville, Ill., followed by interment at Resurrection Cemetery in Romeoville Aug. 19.

Paulist Fr. Ron Roberson, associate director for the Secretariat for Ecumenical and Interreligious Affairs for the U.S. bishops’ conference -- the post Gros held for 14 years -- described the death of his colleague as "a huge loss to the ecumenical movement."

Gros, a native of Memphis, Tenn., and an avid cyclist, had been a resident scholar in Catholic studies at Lewis University since 2011. He had previously chaired the school's theology department in 1967. Lewis is sponsored by Gros’ religious order, De La Salle Christian Brothers.

While a resident scholar, he also served as president of the Society for Pentecostal Studies, a consultant to the Chicago archdiocese’s Office of Ecumenical and Interreligious Affairs, and an adjunct professor at Catholic Theological Union in Chicago.

Paulist Fr. Thomas F. Stransky, who assisted in drafting the Second Vatican Council documents on ecumenism, praised Gros for his "immense curiosity" about ecumenism, noting that he did not just focus on a narrow specialty.

He said his colleague was "very zealous" and was known to read about three books a week and review them for various journals and publications, including Catholic News Service. His most recent CNS review, published July 12, was on the book "'Til Faith Do Us Part: How Interfaith Marriage Is Transforming America" by Naomi Schaefer Riley.

Stransky and Roberson, both in Lake George, N.Y., for a working retreat, spoke to CNS by phone about Gros.

Roberson said Gros had "an encyclopedic knowledge of ecumenism" and wanted to be sure the work in this field was taught in Catholic schools. When he wasn't focusing on dialogue with Oriental Orthodox or Protestant groups, he was likely biking, not only locally but in Denmark or Chile.

Stransky, a former president of the Paulist Fathers and member of the joint working group of the Catholic church and World Council of Churches among other interreligious groups, said Gros always approached ecumenical efforts by getting to know the people "and what makes them tick."

He praised Gros for being ahead of his time in his efforts to speak with evangelicals about concerns of proselytizing in Latin America and for his strong desire to include Pentecostals, not just mainline churches, in ecumenical efforts.

The priest noted that Gros also was very concerned that today's young people know the roots of the ecumenical movement and be active in keeping these efforts going.

Antonio Kireopoulos, associate general secretary of faith and order and interfaith relations for the National Council of Churches, said Gros "was a model for the council's commitment to ecumenical cooperation and a mentor both to his contemporaries and to future generations of ecumenists, including me."

In an Aug. 12 statement, he said Gros was "passionately devoted to his church and to the quest for church unity."

Stransky said the last work Gros was working on was a book about Chicago Cardinal Joseph Bernardin's ecumenical work, particularly with Jews in the city.

"I don't think he finished it. His health really declined; his mind was there but his body wasn't," Stransky said.

Gros, a member of his order for 58 years, was born John Jefferson Gros in Memphis, the son of Jeff and Faye (Dickinson) Gros.

For 10 years, he was director of faith and order for the National Council of Churches. He was also the distinguished professor of ecumenical and historical theology at Memphis Theological Seminary.

In addition to other roles he had, he was dean of the Institute for Catholic Ecumenical Leadership, a program for diocesan ecumenical leaders.

He is survived by his sister, Dominican Sr. Joye Gros of St. Louis.

Applebee's not liable for N.J. man burned while praying over fajita skillet