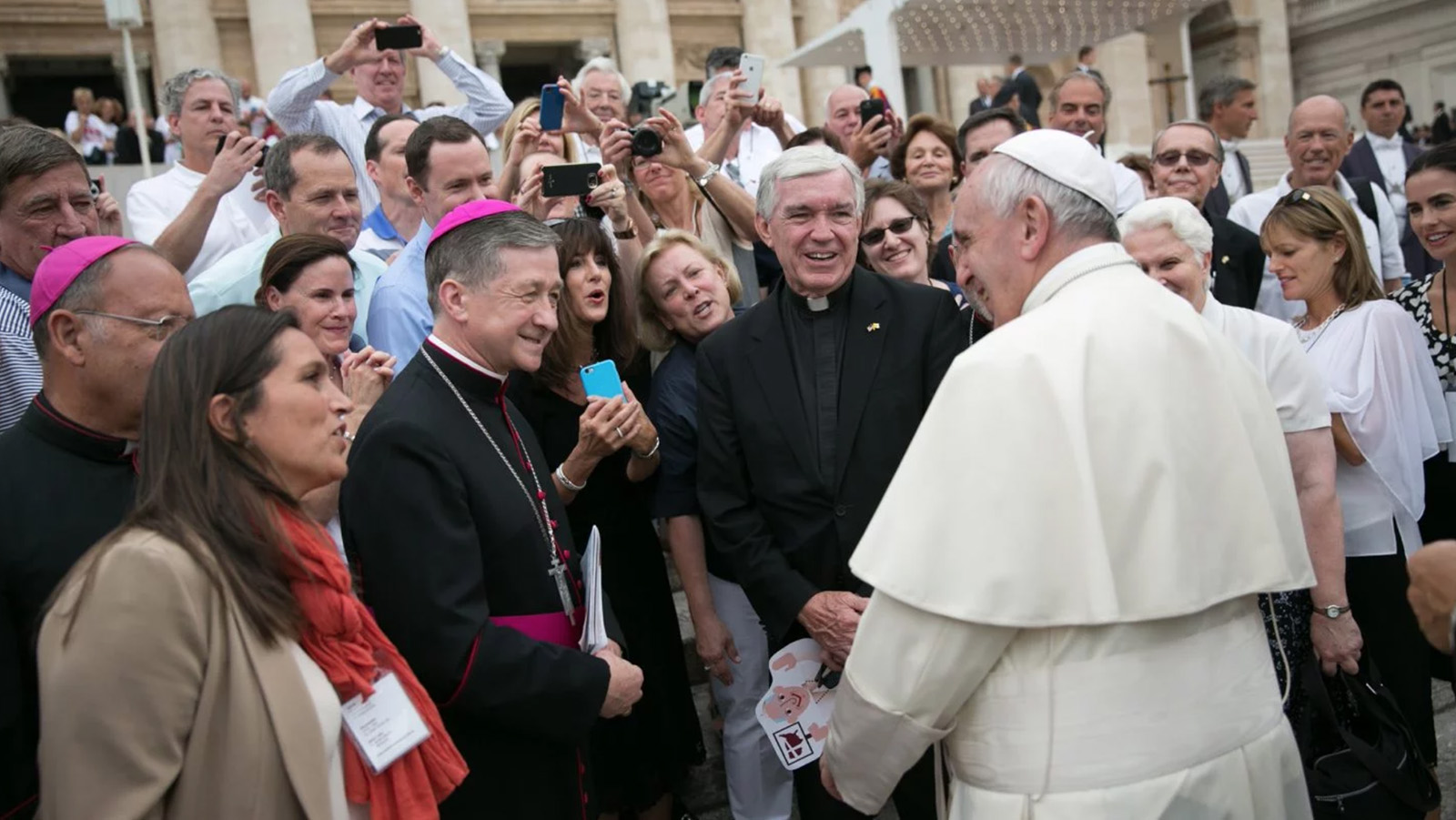 The Catholic bishops of the U.S. announced Oct. 23 that at the behest of Pope Francis they will meet for a weeklong retreat in Chicago in January.

The unprecedented move reflects the depth of the crisis they are facing with the sexual abuse scandal and the long-standing divisions within their ranks over the broader direction of American Catholicism.

The pope is even sending an elderly and revered Franciscan priest, the Rev. Raniero Cantalamessa, who holds the title of Preacher of the Papal Household, to lead the retreat — just as he does each year at Lent for the pontiff and the Roman Curia.

Cardinal Daniel DiNardo, archbishop of Galveston-Houston and president of the U.S. Conference of Catholic Bishops, issued a statement thanking Francis for sending Cantalamessa, who is 84 and rarely travels abroad, "to serve as the retreat director as we come together to pray on the intense matters before us."

DiNardo is currently in Rome along with other top leaders of the U.S. church, as well as more than 260 other bishops from around the world, for a monthlong meeting of global church leaders and several dozen young adults to discuss Catholicism's outreach to youth.

The discussions at this meeting, called a synod, are a hallmark of the Jesuit pope's preference for seeking reconciliation and solutions through common reflection and frank dialogues.

In fact, it was Francis who suggested that the entire U.S. hierarchy hold a collective retreat when DiNardo and other leaders met with him in the Vatican in September to ask for Francis' help amid a growing crisis.

Chicago Cardinal Blase Cupich, who is also in Rome for the synod, will be the official host of the January retreat at Mundelein Seminary north of Chicago. He told Religion News Service in an interview Tuesday that Francis is asking them* "to come together to reflect on the situation as pastors but also to find a deeper sense of our own unity with each other and with him."

Cupich, who is seen as a strong ally of Francis in the hierarchy, said he expects all active bishops and cardinals and many retired prelates, about 250 to 300 bishops in all, to attend the Jan. 2-8 retreat.

Cupich said Pope Francis "doesn't want us to just attack this as a technical problem."

"This is a deeply spiritual problem, and I think that he really is on to something," he said. "We should not be looking just at what are we to do in this moment but who are we and what are we becoming as a conference."

Doctrinal and political conservatives had come to dominate the American hierarchy under the long pontificate of St. John Paul II and then the eight-year papacy of Pope Emeritus Benedict XVI. But the election of Francis in 2013 after Benedict's resignation signaled a new direction for the church, toward a more open, inclusive and pastoral approach.

Francis' style exposed and widened divisions within the church as many conservative American prelates, lay people and Catholic media openly opposed his efforts.

Those tensions were then compounded by a series of events that began in June when Francis ordered retired Washington Cardinal Theodore McCarrick, a longtime leader in the U.S. church, to a life of seclusion, prayer and penance after the Vatican received credible reports that McCarrick had sexually abused a boy several decades earlier.

It then emerged that McCarrick also had a long history of sexually molesting seminarians when he was a bishop and archbishop in New Jersey. In July, Francis stripped him of his cardinal's rank – a move almost without precedent – while a canonical trial continues that could lead to McCarrick's defrocking.

In August, the findings of a two-year investigation of abuse by Catholic clergy over the past 70 years was released by the Pennsylvania attorney general. The report detailed a horrific legacy of a thousand children abused by some 300 clerics.

While almost all the abuse took place years ago, the details infuriated the flock and the public and led to this month's resignation of the current archbishop of Washington, Cardinal Donald Wuerl, whose handling of abuse cases while bishop of Pittsburgh for 20 years was criticized in the report.

*A previous version of this story reported, citing Cardinal Blase Cupich, that Pope Francis had written to the American bishops. The story has been updated to note that Cupich was referring to letter sent by Cardinal DiNardo, president of the United States Conference of Catholic Bishops.

Complicating matters even further, a former Vatican ambassador, or nuncio, to the U.S., Italian Archbishop Carlo Maria Viganò, has accused Francis of covering up for McCarrick, even though McCarrick – who is now 88 – had retired long before Francis became pope in 2013.

Faced with this onslaught of bad news and devastated credibility, the U.S. hierarchy has scrambled to come up with a plan of action ahead of its annual administrative meeting in Baltimore in November, which is usually a fairly routine three-day confab.

This year, however, USCCB leaders are hoping to push the bishops to approve plans for a third-party mechanism for reporting the sexual abuse of adults — along the lines of the fairly successful policies they put in place in 2002 for combating child abuse — as well as standards of conduct for bishops and policies to deal with churchmen who have resigned or been removed because of abuse.

Cupich said Tuesday that he wants the bishops at their November meeting to go even further and require that all dioceses publicly list priests and bishops credibly accused of abuse. So far only about 50 out of 190 dioceses do so.

Cupich also wants his colleagues to cede some of their zealously guarded autonomy to an independent review board of lay experts who would have the authority to investigate any bishop or cardinal accused of abuse or of covering up for abuse.

Cupich said there have always been differences among bishops, just as there are divisions within the wider American church.

"What's important is that we let the differences be expressed, for one thing, but also that we are willing to learn from each other, realizing that not any of us has the total answer," he said. "We do need to find a pathway together."