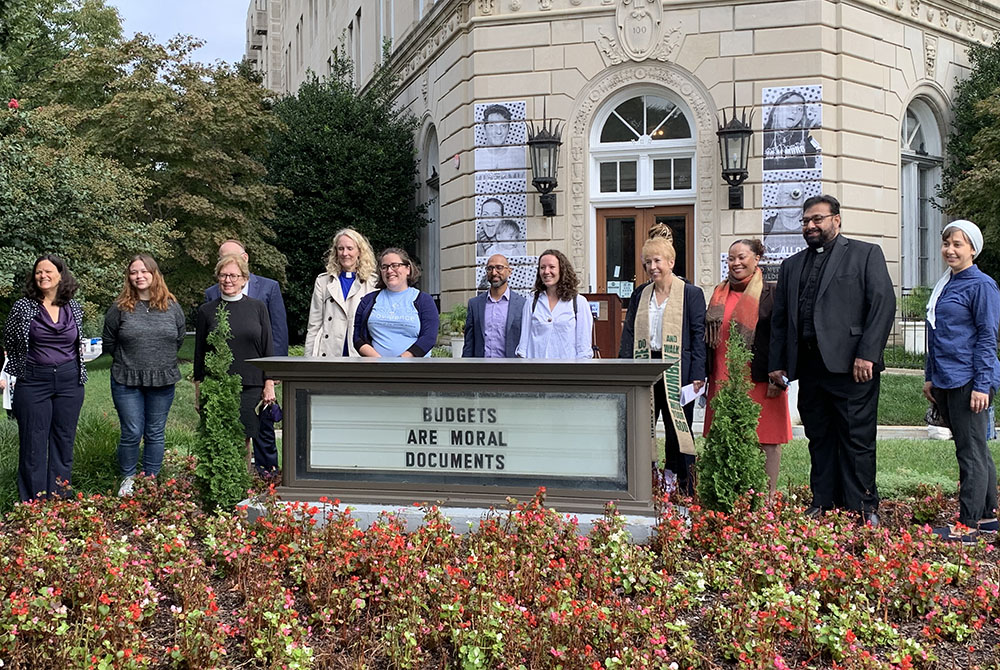 Faith leaders and staff gather in prayer and reflection Sept. 23 in front of the United Methodist Building in Washington to call on lawmakers to push for the $3.5 trillion human infrastructure bill. (NCR/Melissa Cedillo)

WASHINGTON, D.C. — Faith leaders gathered in prayer and reflection Sept. 23 to call on lawmakers to push for the $3.5 trillion human infrastructure bill, which they said advances racial equity, climate action, immigration, health care and an economy that works for all.

The group also presented Rep. Lloyd Doggett of Texas a petition with signatures from 7,000 people of faith who support the bill. 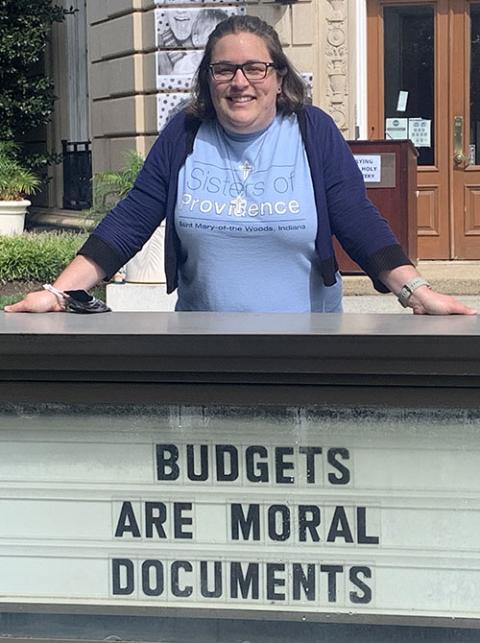 "We have a preferential option for the poor [that] is central to our Catholic social teaching, and this process [reconciliation] starts to wrestle with the way that has been ignored in our policy for so long," said Providence Sr. Emily TeKolste, grassroots mobilization coordinator for Network, a Catholic social justice lobby that was among the groups at the prayer vigil.

As NPR explains, Democrats are hoping to use the budget reconciliation process to pass their economic plan, requiring only a simple majority as opposed to a 60-vote threshold. This bill could go to a House vote as soon as this week.

The prayer vigil included faith leaders and organizations from an array of backgrounds who called for a "holy, just and moral recovery," according to a press release from Faith in Public Life, the Center for American Progress and Network, the organizers of the event.

At the vigil, Doggett described the disparities in his home state of Texas, noting that while many Latinos in his state have been essential workers, they are also one of the biggest uninsured groups in Texas. Doggett, who mentioned his Methodist background, said, it is an act of faith to get people insured.

Rabbi Jason Kimelman-Block, Washington director of the Jewish group Bend the Arc, explained that the reconciliation bill would be good for farmworkers and would protect the vulnerability of migrants.

TeKolste of Network called for a tax system that benefits everyone. 'We, pray, how long, how long God, will we allow your people to go hungry?" she said, quoting the prophet Amos.

On Sept. 19, the Senate parliamentarian ruled that Democrats cannot provide a pathway to citizenship to immigrants through reconciliation. Debates about the bill are still underway.