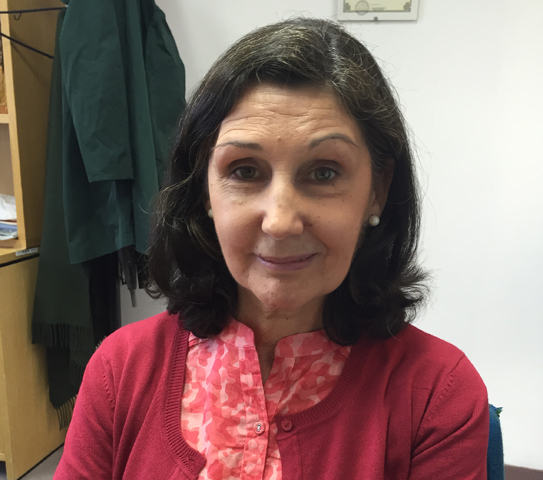 The past two decades in Argentina have been riddled with an economic crisis, immigration influx, and the devolution of religious affiliation. Though these trends, seen worldwide, began far after Jorge Mario Bergoglio's formative years, it was the state of his country when he first took on the papacy and the name Pope Francis -- a state likely to have been in the forefront for him when he decided to emphasize families as a church priority.

It's easy to imagine the same issues that dominate the U.S. national news cycle will also take center stage at the 2015 Extraordinary Synod of Bishops on the family, slated for Oct. 4-25. In fact, African bishops have already noted that last year's event was too heavily skewed toward European and North American concerns, and have sharply called on more expansive conversations prior to these global meetings.

NCR heard those frustrations, which then prompted a secondary question. The man calling the shots comes from far below the equator, far from the average United States family's everyday experience.

So, what's going on with Catholics in Argentina?

The "typical Argentine family" is about as challenging to pinpoint as the U.S. one, with region and socioeconomic status influencing every aspect of a family's lifestyle. But compared to other countries, Argentina has been able to maintain "certain age-old, cultural parameters that other places have abandoned," said Zelmira Bottini de Rey, director of the Institute of Marriage and Family at the Catholic University of Argentina.

The answer is intergenerational solidarity.

Though high school graduates in the U.S. gain parental independence via college dorm rooms, that's not the average case for 18-year old Argentines. Instead, living with their parents until marriage is a perfectly reasonable life plan, as is raising a family alongside siblings and cousins in the same hometown. Consider how funerals are planned and celebrated easily within a day or two of a relative's death, as the whole family often lives nearby.

Though the current youngest generation might be slowly reversing that trend, Bottini de Rey said, it's a dynamic that is still very much present in most households.

This strong sense of unity -- common throughout Latin America -- is most in play during national crises.

"Families got through Argentina's 2001 economic crisis, not thanks to government intervention, but because of the family's solidarity, particularly across generations," said Bottini de Rey, who participated in the 2014 Synod of Bishops on the family. "The extended family is a reality in Argentina. In other countries, such as the U.S., that reality is disappearing, except among its Latino communities."

According to the 2014 study "Argentines and the Family," by the Catholic University of Argentina and the Observatory of Argentine Social Debt, roughly 65 percent of respondents said their family either "always" or "nearly always" relies on help from grandparents -- regardless of the respondent's age, sex, level of education, and socioeconomic status.

The notable presence of grandparents, Bottini de Rey adds, makes them the "adults in charge" in some cases, as they are often the caretakers while the parents are working.

"This is a form of wealth, in the religious sense," she said. "Past generations are the ones that keep certain values -- they carry the torchlights."

Despite this notable trait, Argentina is undergoing the same "deficiencies" as the rest of the world, said María Inés Passanante, a sociologist at the Catholic University of Argentina and author of the university's 2014 study on Catholic families, "Progress Report for Observatories on the Family."

About one in 10 respondents described themselves as "very religious"; the same amount also claimed to be "not at all religious." The majority was found in between, as a third said they were "quite religious," and 43 percent said "a little religious."

Still, 87 percent of Argentines identified as Catholic in 2013 -- up 13 points from 2011, according to the "Argentines and the Family" study.

But those robust Catholic numbers aren't reflected in Mass attendance: The same study showed that fewer than one in five Argentines attends Mass weekly, while another one in five said they at least make a monthly appearance. About a third said they attend occasionally within a year; another third said "never."

Rising secularity among households has inevitably affected how those homes are formed. Like most developed progressive cities, in the last 10 years, Buenos Aires has seen an increase in cohabitation among young people. In 2013, roughly as many unmarried couples lived together as did married, regardless of children.

That led to an increase in births out of wedlock, Passanante said, noting it to be a worldwide trend.

In 2004, a narrow majority of babies in Argentina -- 54 percent -- were born out of wedlock (which, in the university's "Progress Report," includes civil unions). By 2013, that number had surpassed 80 percent, according to the study.

And baby or not, couples have been ebbing out commitment from their homey picture. Parents tended to marry after having a child, Bottini de Rey said, and those who didn't marry would typically break up, leading the family into impoverishment, often with the mother left in charge of the family.

"Now they stay together, but without a legal bond -- much less a sacramental one," Bottini de Rey said.

Within 20 years, the country saw its number of sacramental marriages halved, according to both studies: Eighty-three percent of all 1990 marriages were by the church, but only 46 percent by 2011.

Despite the decline in sacramental marriages, both studies showed that baptisms have remained steady. In 2000, 79 percent of all babies born were baptized, compared to 2012's 74 percent -- an insignificant 5-point dip when looking at the decade's regular fluctuations in baptisms.

"It's an interesting phenomenon from the church's point of view, and certainly a curious point to keep in mind when planning family ministry," Bottini de Rey said.

One vital distinction regarding the country's residents dramatically alters the statistical Argentine tale: rural vs. urban.

Extended families are still very much present in the country's more traditional environments, Passanante said, and these rural areas share more customs with the rest of Latin America.

"It's more communal, neighborly, and encourages a strong sense of affiliation that always lasts," Passanante said. "Their social relationships are more local, often within the neighborhood."

In more metropolitan areas, there's a tendency to follow the patterns taking place in the more developed world, especially Europe and the U.S, but also neighboring Uruguay and Chile -- countries that are more occidental and Europeanized, Bottini de Rey said. And like most urban cities, anonymity and individualism reign supreme over neighborly interactions -- qualities that pose a threat to personal relationships, she added.

But the city of Buenos Aires -- with 14 million people living in the greater area -- is almost always its own case, scientifically speaking, Bottini de Rey noted.

The first to legalize same-sex marriage and enact laws regarding gender identity, Buenos Aires is far more progressive than the rest of Latin America, and more on par with its founder, Spain. This past August, the city successfully championed modifying the country's Civil Code -- the foundation of Argentine civil law -- covering issues from assisted fertilization and same-sex marriage to the protection of the environment.

When region is specified in the study's responses, the urban/rural distinction becomes all the more clear. According to UCA's "Progress Report," from 2000 to 2012, marriage in the country's capital dropped nearly 25 percent. The interior, however, saw an upswing: Tierra del Fuego -- the country's tip -- experienced a near 30-point increase in marriages.

There's at least one Argentine demographic, however, that can't be lumped into the urban/rural dichotomy: the poor living in the city's peripheral shantytowns, or villas. Despite living a few bus stops away from the city's gleaming skyscrapers, these families (typically immigrants) have more in common with the rural Argentine prototype: They live in a neighborly atmosphere, sometimes with extended family under the same roof, and are often matriarchal — a tendency they brought from their countries of origin.

Argentina is largely made up of Italian and Spanish immigrants, with Francis' parents joining that crowd after making the trans-Atlantic trek in 1928 from Turin, Italy.

"Though that immigration influx began more than a century ago, their values are still being transmitted from generation to generation," Bottini de Rey said. "In the interior of the country, that's even more evident."

Now, Argentina's newcomers arrive from neighboring countries, primarily Bolivia and Paraguay. Paraguayan families in particular, she noted, have a strong matriarchy, with the man's role not quite so defined.

"I think that's happening in all of Latin America, and possibly the rest of the world: the eclipse of man. The roles for men are becoming obscure, and I think it has a lot to do with women's empowerment," she said.

About one in four Argentine homes are single parents, 72 percent of which are single moms, according to "Argentines and the Family."

"In many cases, the father is there, but his presence is that of a piece of furniture," Bottini de Rey said. "American studies show that there is a clear influence in their children when the father's presence is fragile: a correlation with violence, school dropouts, female promiscuity, or drug issues, to name a few."

But rather than implementing family-friendly policies, Argentine politics tend to support individuals. The current changes to the Civil Code, Passanante noted, "are not precisely for family protection -- on the contrary." Though the laws address education or housing, "what is in place only benefits certain members of the family, and in a way, that tends to dismember the family."

"A human being's first social experience is the family," Bottini de Rey said. "And families are something that have always interested Francis because it is the 'root,' it goes back to the origins, and he talks about going back to the beginning. It's worth noting that the church started out functioning in a family, in domestic churches, and later expanded.

"So it's like he's promoting domestic churches again. That's the big question today."