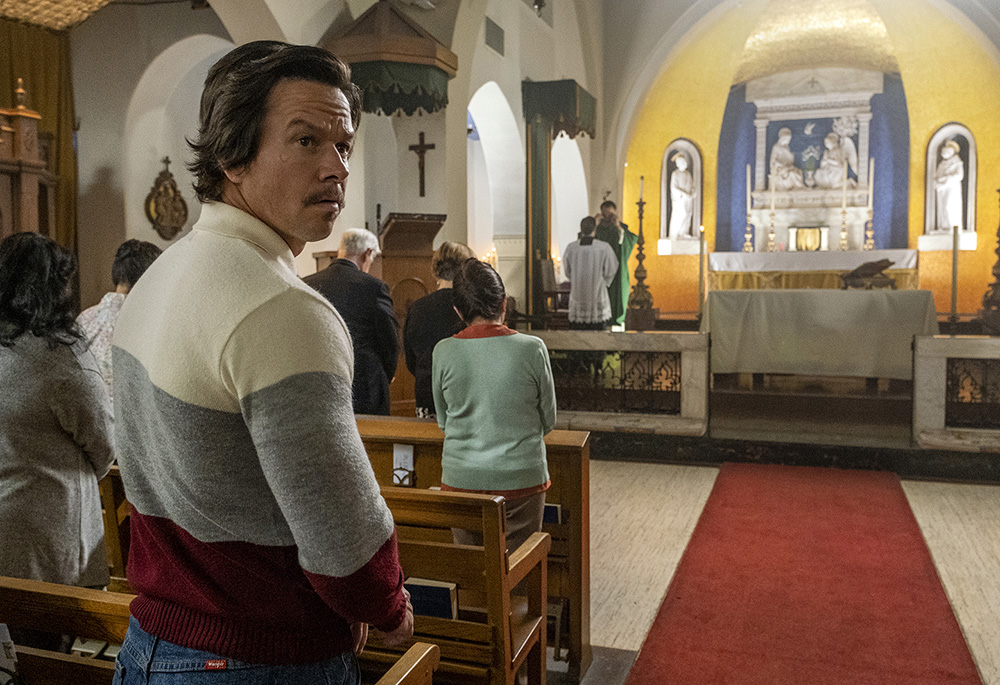 Wahlberg, who is Catholic, was out to dinner with "two priests and a bottle of wine," in his telling, when one of the priests pitched him the idea for a movie.

Normally, a priest might approach him for a financial contribution or to help out with a food drive. That's no problem, he said. But a movie? That he wasn't so sure about.

It took the priest telling him the story twice — and some encouragement from his wife — before Wahlberg caught a vision for turning the life of the Rev. Stuart Long, a boxer-turned-actor-turned-priest, into a movie.

"I couldn't find any reason to not want to make it once I was actually smart enough to realize that this was an amazing opportunity not only to tell a story, but to do something that would be more focused on my faith and giving back," he told reporters last month at a downtown Chicago hotel.

The movie is based on the true story of Long, who experienced a dramatic conversion and later faced serious illness before his death at age 50 in 2014.

Long had experienced some success as a boxer in Montana before an injury convinced him to move to California to break into the film industry. Instead, he had a brush with the law and then, after a motorcycle accident, with death.

That's when he felt the call to priesthood.

Overcoming his past wasn't Long's only challenge in becoming a priest. During his ordination process, he was diagnosed with an extremely rare and incurable autoimmune disease called inclusion body myositis, which mimics the symptoms of ALS, or Lou Gehrig's Disease.

He was ordained in 2007 alongside his friend, the Rev. Bart Tolleson, at the Cathedral of St. Helena. In Montana, he served several parishes before moving into and ministering at the Big Sky Care Center in Helena, where he lived when he died.

That's more or less how it happened, according to those who knew him.

Long's motorcycle accident was a little different than how it plays out in "Father Stu." So was his relationship with his girlfriend, who ended up leading him to the Catholic faith, Long's father, Bill Long, told Religion News Service.

"It's not like a documentary, but they cover the bases, and they get where they need to be at the end of the movie," said Bill Long, now 83.

Bill Long is played in the movie by Mel Gibson — something he said he "never in a million years" could've imagined. He would've picked Nick Nolte or Jeff Bridges for the role, he said, but he was impressed with Gibson's portrayal. He nailed the Montana accent.

"I actually think Stu's involved" in making the film, Bill Long said. "I don't think he's done playing with us." 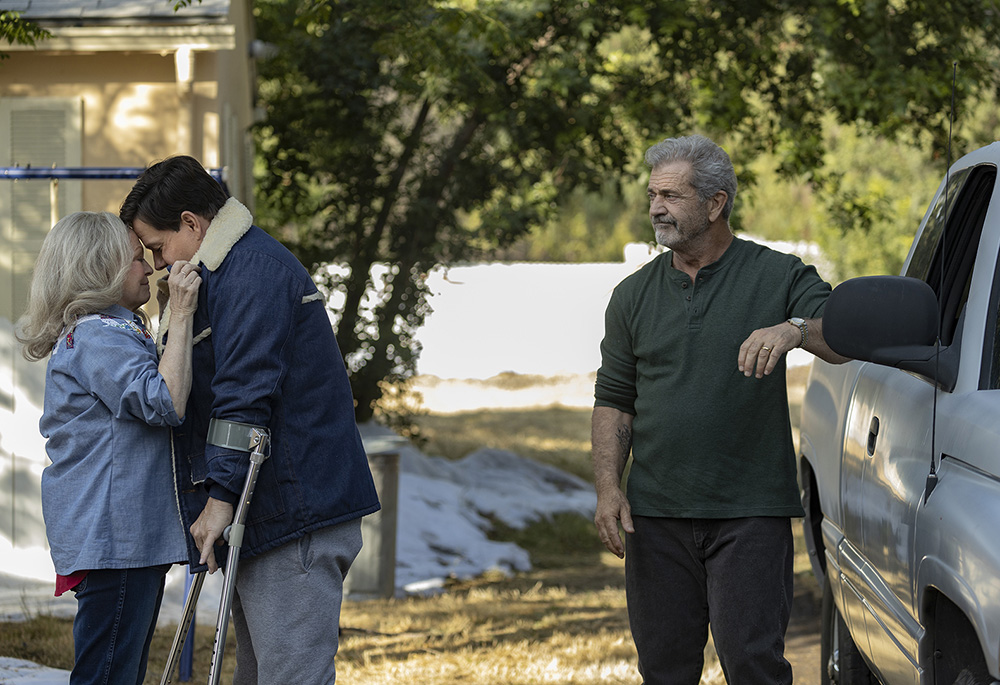 Bill Long said he and his late wife, Kathleen Long, hadn't raised their children in any religious tradition. Both were later inspired by Long to join the Catholic Church.

He described his son as funny and "the life of the party." But he also was determined, always focused on what he wanted to be doing.

With a similar sense of humor, Bill Long recalled how his son had had a flash of inspiration when he was baptized that he would become a priest. The monsignor assured him many men who are baptized come away with the same idea and told him, in Bill Long's words, "Don't worry. It'll go away."

The movie rang true for Tolleson, too. He recognized a bit of himself and others in the composite characters who are Long's friends in the movie.

He also recognized the "great storyteller" he had known in the Diocese of Helena.

Long always encouraged and challenged him, Tolleson told Religion News Service. He inspired everyone who heard his story — and still does.

"Stu Long was a guy who had great joy, great sense of humor, determination, energy from places I don't know where he got it, and he did it all in the midst of suffering without complaining, knowing that God was increasing his ministry through that suffering, and it was a powerful thing," Tolleson said. 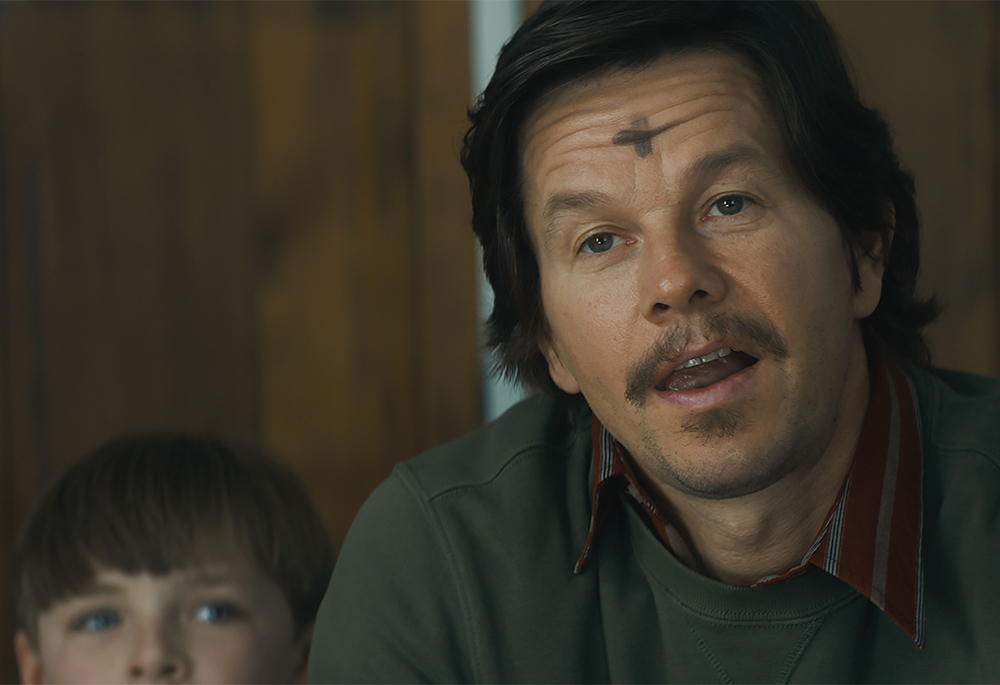 Long also had an "adventurous" streak that once, on a whim, took the two priests across the Canadian border to grab a beer together — only to learn they were in a dry part of Canada and didn't have the passports they needed to reenter the United States. Luckily, he said, the border guard recognized Long as "the guy from the church" he had heard speak.

Long sped away from the border, calling over his shoulder, in Tolleson's words, "See you at Mass on Sunday!"

Wahlberg, who also produced "Father Stu," said he saw the parallels between Long's journey to faith and his own — "in his childhood and his upbringing and all those things, all the obstacles that he faced and things that he had to overcome." The actor recalled the family priest who was there for him when he had his own brushes with the law — when he was "13 years old, standing on a street corner at 2 o'clock in the morning with a beer in my hand."

"I had lots of troubled times, and once I started focusing on my faith, good things started to happen," he said.

Bringing Long's story to the big screen reaffirmed his faith and his commitment to serving God, Wahlberg said, describing the movie — which he financed himself — as his "love letter to God." 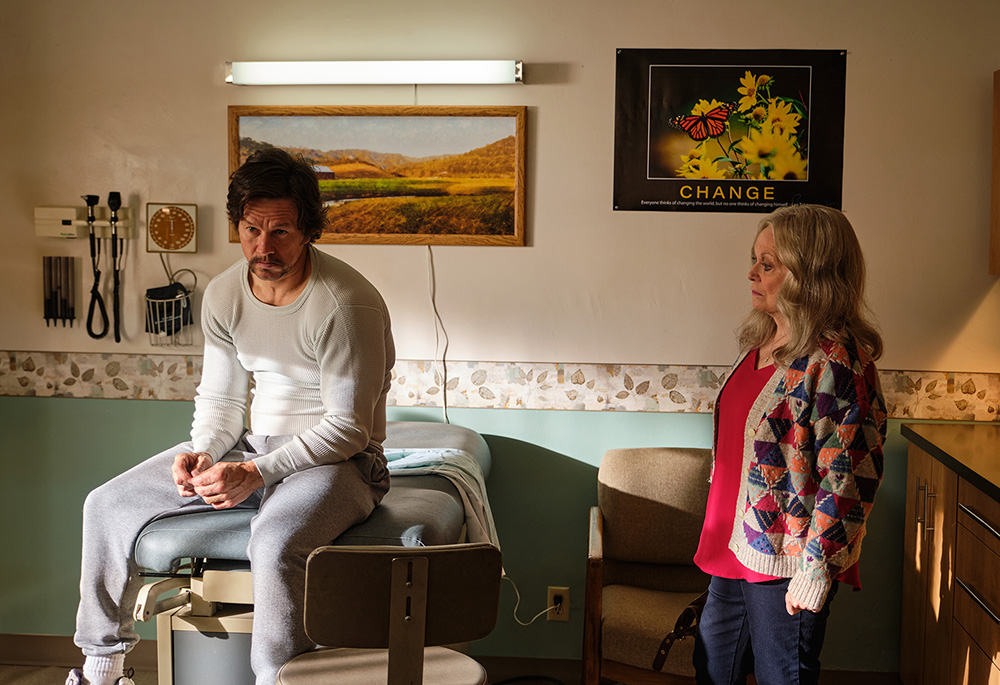 That dedication included quickly gaining 30 pounds to portray Long in his later years, when he lost his once-powerful physical appearance to disease even as he gained a deeper spirituality that inspired those around him.

"As an actor, I've never found a part that had more of an arc and (allowed me to) be able to show more range," he said.

It was worth it, Wahlberg said, to share a story so inspirational at a time, after years of pandemic, when people's faith has been tested — when they need to feel loved and included, to be reminded that nobody is beyond redemption.

"This is a wonderful movie that reaffirms my faith," he said.

Wahlberg didn't want "Father Stu" to be the kind of faith-based film that only preaches to the choir, he said. Rather, he wanted it to feel grounded and realistic — or, at least, as realistic as possible for Long's story, when, he said, "It's hard to make this stuff up."

"It's a wonderful story that I think is really leaving people leaving theaters very hopeful and optimistic about the future and how to handle difficult times, certainly, watching Stu handle it with grace and dignity."