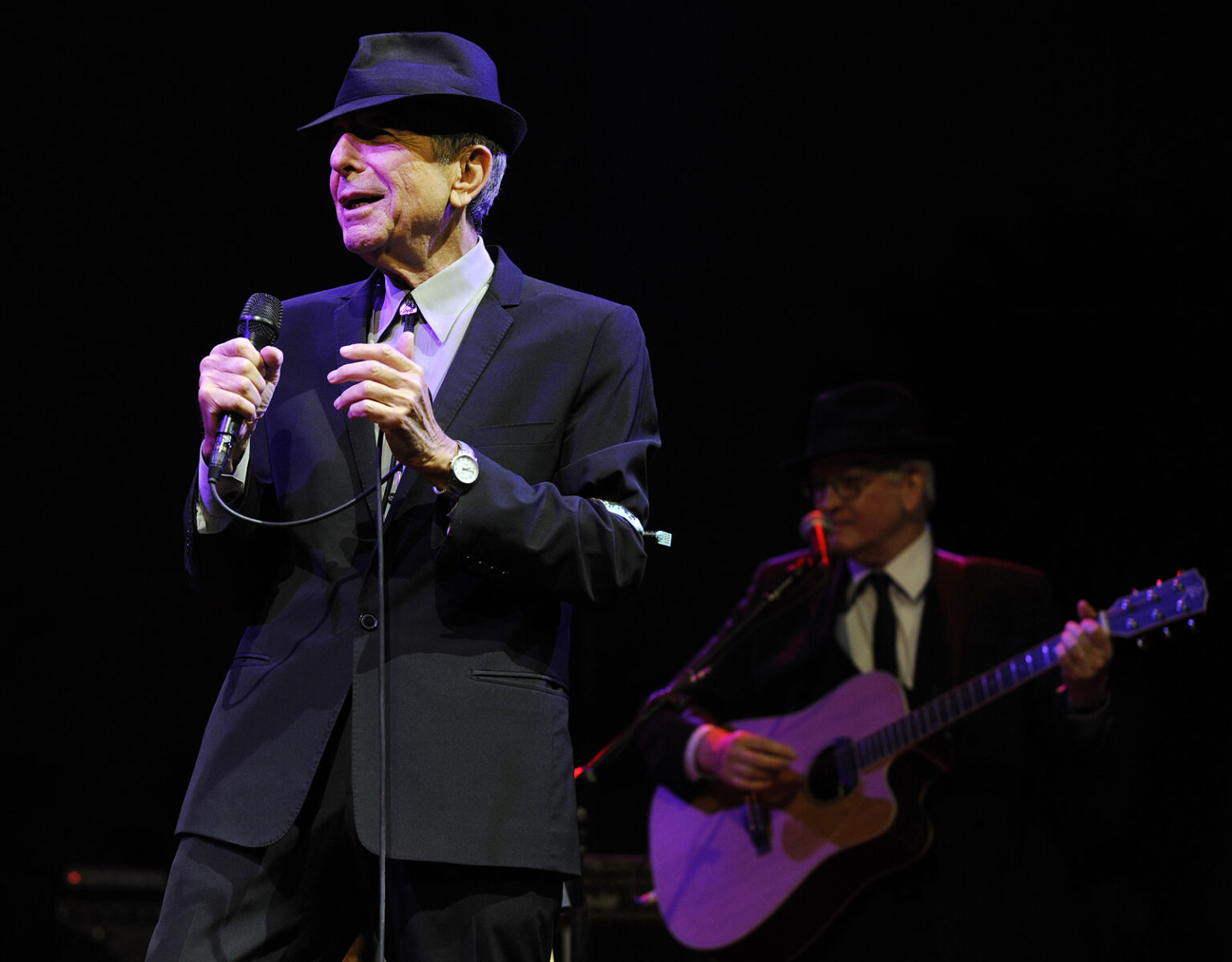 On Nov. 9, more than 4,000 people signed onto a virtual talk from the Temple Emanu-el Streicker Center to hear about my new book on Leonard Cohen, the poet, musician and soothsayer, and to mark the fifth anniversary of his death. The turnout for a weeknight book talk for a Canadian folk singer, age 82 at his death, may be explained by Cohen’s long career and the enduring popularity of his haunting song “Hallellujah,” which is now sung around the world.

A more incisive and likely explanation, however, is that Cohen seems more right about the world today than ever. He gave us a theology of how the world works and of the consequences we face when we violate its foundational structure.

As a pandemic continues to beset the world, the economy blindsides us, and our cultural and political polarization worsens, we need someone like Cohen to help us answer: How did we get here?

No matter which of these challenges you pick, they are rooted, in Cohen’s view, in our breaking foundational commitments in politics, with God and in our personal relationships. These are Cohen’s dark trinity. In his 1988 song “Everybody Knows,” he lays out the damage we do to ourselves and others as we breach these triune commitments not one by one but all at once. “Everybody knows the war is over,” he begins,

Everybody knows the good guys lost

Everybody knows the fight was fixed

The poor stay poor, the rich get rich.

Cohen then slithers into the unfaithfulness of love:

Everybody knows you’ve been discreet

But there were so many people you just had to meet

The image of the betraying lover then moves to the betrayed God, who was abandoned at Calvary and is ignored daily:

From the bloody cross on top of Calvary

To the beach of Malibu

Take one last look at this Sacred Heart

With covenant thrice trounced, in politics, love and faith, the world is ready to blow. Indeed, what bonds remain to hold it together?

To the day he died, Cohen never gave up on the power of faith — not to redeem, perhaps, but to fasten us to basic truths. A serious student of the Buddhist and Sufi traditions, his theistic beliefs were Jewish, as he told Stina Dabrowski in 1997, “I was always happy with the religion I was born into and it satisfied all the religious questions.”

It was these “religious questions” that gave Cohen his understanding of the world’s foundation: We become who we uniquely are through our covenantal relationships with God and with each other. To the extent that we jettison, abandon or transgress these commitments in our personal or political lives, we undermine the workings of the world.

But our bonds with others are just as essential, as he illustrated in his 1973 song “Please Don’t Pass Me By”:

I brushed up against the man in front of me.

I felt a cardboard placard on his back …

it said “Please don’t pass me by —

Please don’t pass me by.

Passing others by precludes seeing and “seeing to” them. It makes us blind and forecloses attending to others nearby or in our global connectedness.

Cohen knew he was a covenant fail-er par excellence, unable to stay constant to God or women. “I made a date in Heaven,” Cohen sang, “Oh Lord, but I’ve been keepin’ it in Hell” (“Got a Little Secret,” 2015).

This is the human paradox. We flourish through relationship, yet breach the connectedness with those who make us who we are.

In so doing, we are left hanging, like “a bird on a wire” trying to be “free,” having “torn everyone who reached out for me” (“Bird on a Wire,” 1969). That reach for freedom is how betrayal trounces commitment, self-interest occludes care and poverty abounds amidst wealth.

For this, humanity is responsible. But for Cohen, God, too, is accountable, as he created us as we are.

In “Hallelujah,” Cohen confronts God: “You say I took the name in vain/I don’t even know the name/But if I did, well really, what’s it to you?”

You, God, charge me with breaking covenant and taking your name in vain. But as in the Jewish tradition, humanity cannot know God’s name, Cohen continues: You didn’t even tell me your name, so how much covenant did you really make with me? If I break covenant, it’s your doing.

He confronted God again at the end of his life, in 2016’s “It Seemed the Better Way.”

When first I heard him speak

Now it’s much too late

To turn the other cheek.

Cohen can’t forgive God for humanity’s covenant failures as they are within God’s design. He can’t turn the other cheek even for God.

But Cohen cannot leave God, either. In the title song in the same collection, “You Want It Darker,” Cohen ends with the declaration “Hineni”: the Hebrew vow of commitment, “Here I am, God, for you.”

This is where we find ourselves. We do not understand God, but there are no other gods. The paradox of unsustained covenant must be lived with. And even if we come to no solution, we must recognize that the human task is to try to sustain it, with God, with our neighbors and ourselves.