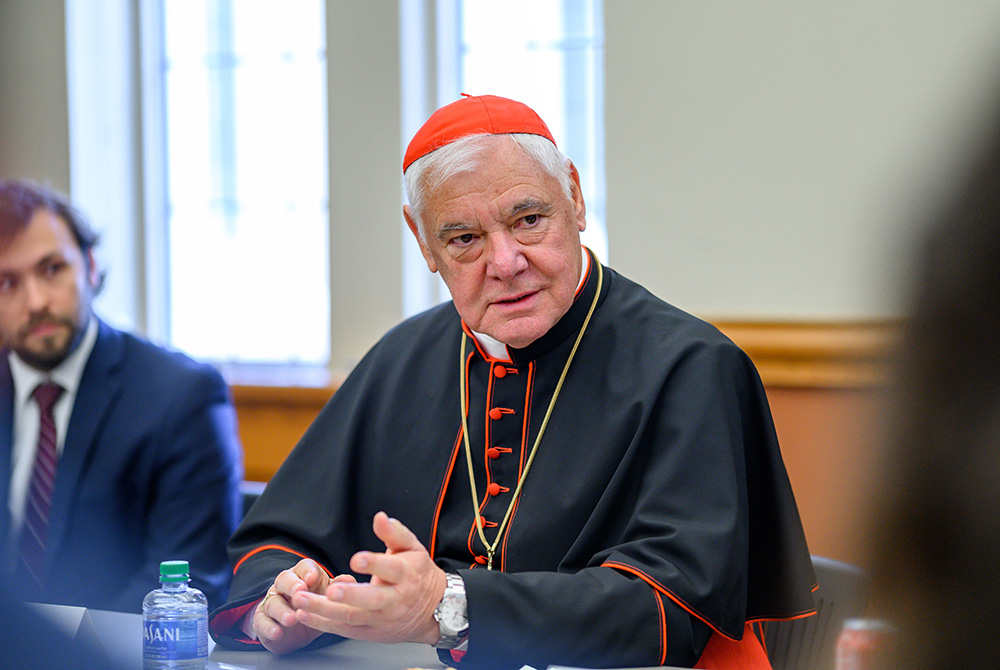 The former head of the Vatican's doctrinal office is under fire for recent comments regarding the COVID-19 pandemic that have been labeled as antisemitic, with Jewish leaders calling on the Vatican to distance themselves from the controversial remarks.

In an interview with the traditionalist Catholic organization St. Boniface Institute, German Cardinal Gerhard Müller said wealthy individuals are using the coronavirus to "push through their agenda," and specifically cited the Hungarian-born billionaire and philanthropist George Soros.

Soros, a Holocaust survivor, is known for funding a number of progressive causes and has often been the target of antisemitic campaigns and conspiracy theories.

The former head of the Congregation for the Doctrine of the Faith railed against COVID-19 restrictions in the interview and accused "financial elites" of using the global crisis to "bring people into line" and gain "total control" over them.

But it was Müller's mention of Soros that led both the Conference of European Rabbis, Germany's antisemitism commissioner and other Jewish leaders to push back.

In response to the interview, Rabbi Pinchas Goldschmidt, president of the Conference of European Rabbis, which represents over 700 rabbis, called on the Vatican to "clearly distance themselves from such crude statements and positions.”

Felix Klein, Germany's commissioner for fighting antisemitism, also called on the Vatican to challenge Müller's remarks, adding that his "antisemitic conspiracy myths that are harmful to our society and only exacerbate existing problems."

Similarly, Josef Schuster, president of the Central Council of Jews, said in an interview that Müller's remarks were "clearly antisemitic ciphers" and labeled them as "irresponsible and unacceptable."

Müller's initial remarks were published in a 2-minute video clip on social media on Dec. 6. The full 26-minute interview was released on Dec. 15.

The St. Boniface Institute, which aired the interview, was founded by Catholic right-wing activist Alexander Tschugguel, who in 2019 stole statues of pregnant Indigenous women (often labeled as the "Pachamama") during the Vatican's Amazon synod from a church near the Vatican and later threw the statues in Rome's Tiber river.

Müller led the Vatican's doctrinal congregation from 2012 until 2017, when Pope Francis did not renew the cardinal's five-year term in office.

Since then, Müller has regularly appeared in conservative Catholic media, often critical of aspects of Francis' papacy, such as his decision to limit the use of the traditional Latin Mass and his outreach to the Muslim world.

Despite the cardinal's criticism during his recent interview of "people who sit on the throne of their wealth," he has been a regular speaker at events hosted by the Napa Institute, which organizes conferences for affluent conservative Catholics.