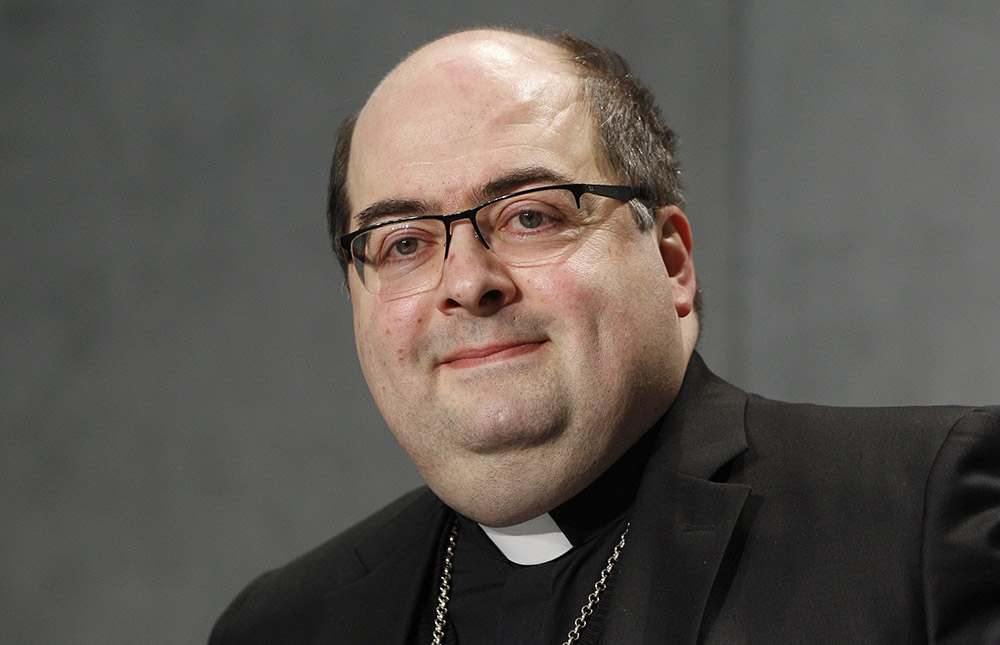 Pope Francis on Jan. 10 named the secretary of the Congregation for the Doctrine of the Faith as the head of an Italian diocese, signaling a potential organizational overhaul of one of the Vatican's most important offices in the near future.

Archbishop Giacomo Morandi, 56, had served at the doctrinal office since 2015, first as an undersecretary and then as the No. 2 official under prefect Cardinal Luis Ladaria. He will now lead the Reggio Emilia-Guastalla Diocese in Italy's Emilia-Romagna region.

Ladaria, 77, has himself passed the Vatican's traditional retirement age of 75. In July, the Spanish-born Jesuit will also have completed the customary five-year term for Vatican office heads.

Morandi was previously the vicar general of his native Modena-Nonantola Archdiocese and has served as a professor at Modena's Institute of Religious Sciences.

Later this year, Francis is expected to approve and release a much-anticipated new apostolic constitution, which will reorganize the Vatican's central bureaucracy and likely provide the occasion for a changing of the guard in many of the Roman curial departments.

The new constitution is expected to result in the creation of a new Dicastery for Evangelization, which will be given priority over the once all-powerful doctrinal office, which until 1968 was headed directly by the pope. With Morandi's departure and Ladaria approaching the end of his five-year mandate, Francis could soon have the opportunity to reshape both of the office's top leadership positions.