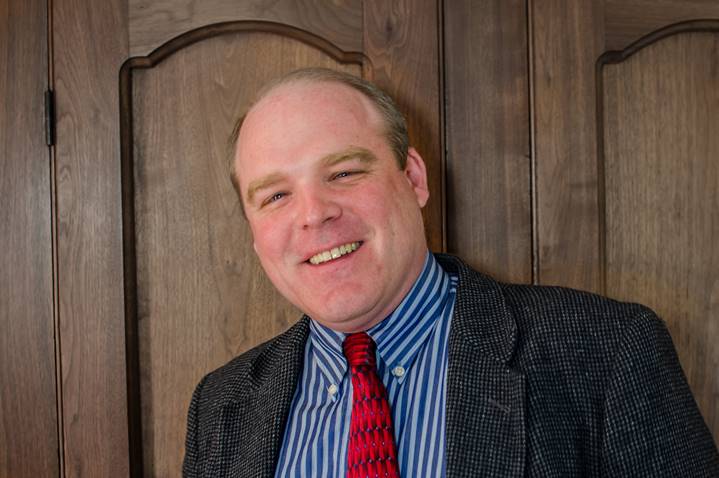 Ron Belgau has the distinction of being the only openly gay person invited to speak about homosexuality during the World Meeting of Families, which leads up to the grand finale of the papal visit in Philadelphia. Photo courtesy of Ron Belgau

Of all the delicate issues that Pope Francis will face when he makes his first visit to the U.S. this month, none may pose as many risks to his enduring popular appeal as the question of the Catholic church’s approach to gays and lesbians. And no one knows the perils better than Ron Belgau.

That’s because Belgau has the distinction of being the only openly gay person invited to speak about homosexuality during a Vatican-approved convention, the World Meeting of Families, which leads up to the grand finale of the papal visit in Philadelphia.

The meeting, held every three years in a different city around the world, is in fact the underlying reason Francis is making his Sept. 22-27 trip. His predecessor, Pope Emeritus Benedict XVI, pledged to attend before he resigned.

U.S. laws and American attitudes — especially those of Catholics — are rapidly growing more accommodating to gays and gay rights, and Francis has repeatedly signaled that he wants the church to be more inclusive of LGBT people, even if he is not changing any doctrines.

But many Catholics leaders are upset at the legal changes and uneasy with the pope’s approach.

Their statements, plus repeated stories of gays and lesbians getting fired from church jobs — including the recent example of a teacher dismissed from a Catholic school in suburban Philadelphia over her marriage to her partner — have ramped up demands for Francis to meet with gay Catholics in the U.S. or to speak more extensively about his own approach.

Enter Belgau, 40, who will have the chance — and challenge — of leading a session on homosexuality at the World Meeting of Families on Sept. 24, two days before Francis arrives in Philadelphia.

“This is a very, very large issue to try to tackle in one hour-long panel discussion,” Belgau said with a laugh, and a bit of understatement, during a phone interview from his home in Washington state.

Belgau, a writer and lecturer, will be presenting, together with his mother, a panel on “Homosexuality in the Family,” one of dozens of workshops and panels — most focused on safer and more orthodox topics — that will draw some 18,000 attendees and volunteers to the four-day event. (The papal visit itself is expected to draw as many as 1.5 million pilgrims and tourists to the city.)

Belgau admitted that “there’s a lot of pressure” in trying to address the many aspects of such a contentious issue, but he says that he is determined that his remarks not be “a speech just to Catholics who agree with me.”

That shouldn’t be a problem, given that Catholics on both right and left have frequently criticized him.

Many liberals are uncomfortable with Belgau’s commitment to being celibate, which he sees as the ideal for gays who, like himself, follow a “traditional Christian sexual ethic” that says homosexual activity is sinful.

Belgau curates a blog, “Spiritual Friendship,” along with New Testament professor Wesley Hill, that focuses on how gay Christians can live chaste and celibate lives, especially through strong friendships that focus on spiritual growth.

While Belgau readily acknowledges that his path is not one every gay Catholic could follow — “I’m not banging people over the head with that” — some gays and lesbians go further and say his ideal denies LGBT believers a central aspect of human experience.

They argue the church has to find ways to accept sexually active LGBT members, and  that the World Meeting of Families ought to allow Catholics whose views differ from Belgau’s to offer their voices.

As evidence, they point to the fact that LGBT-friendly Catholic groups were denied applications to purchase exhibit space or offer presentations. And a leading ministry to gay Catholics was barred by Philadelphia Archbishop Charles Chaput from running a workshop at a local parish. The New Ways Ministry will instead hold the seminar at a Methodist church.

When asked about the rejections, Chaput, a leader of the U.S. hierarchy’s conservative wing, said, “We don’t want to provide a platform at the meeting for people to lobby for a position contrary to the life of our church.” Chaput also backed the recent firing of Margie Winters from a Catholic school run by nuns, saying the move “showed character and common sense.”

Many conservatives, on the other hand, aren’t happy with Belgau because they actually think he is too squishy on church teaching on homosexuality.

They don’t like the fact that he accepts his sexual orientation as part of his identity (Belgau calls the practice of conversion therapy “appalling”), or that he is even talking openly about being gay and Catholic.

Belgau insisted that there is no way the church, or the World Meeting of Families, can avoid the topic. It’s a huge issue in the U.S., and if the Philadelphia meeting had not included anything “that itself would have been a major source of news coverage.”

And Belgau is among those who hope that Francis will talk about gay and lesbian Catholics when he visits.

For his part, Belgau will try to echo and elaborate what the pope has already said about being more welcoming and inclusive. The title of his talk, “Always Consider the Person,” is a quote from the pope.

“My biggest theme would simply be moving away from the culture wars’ focus on ‘us versus them,’ and saying, respond to people as people,” Belgau said.

Too often, he said, gay Catholics are treated differently from others in the church. He said, for example, he wants to encourage parents “to respond to their [gay] children as people rather than as an extension of the culture wars.”

“I have heard of cases of women being dismissed for having a child out of wedlock, but as far as I can recall I’ve never heard of a case of a male teacher being dismissed for having had a child out of wedlock,” he added. Likewise, he said, there is a lot of attention on a gay teacher “but there’s no public outrage about a teacher who doesn’t go to Mass.”

“It’s a concern to me that the reasoning is protecting the Catholic identity of a school,” he said. “But it seems to shake out that single women who get pregnant and gays and lesbians tend to bear the brunt of this maintaining Catholic identity.”

Belgau acknowledged that the audience at the World Meeting of Families will be “more orthodox Catholics” who may be uncomfortable with some of his views.