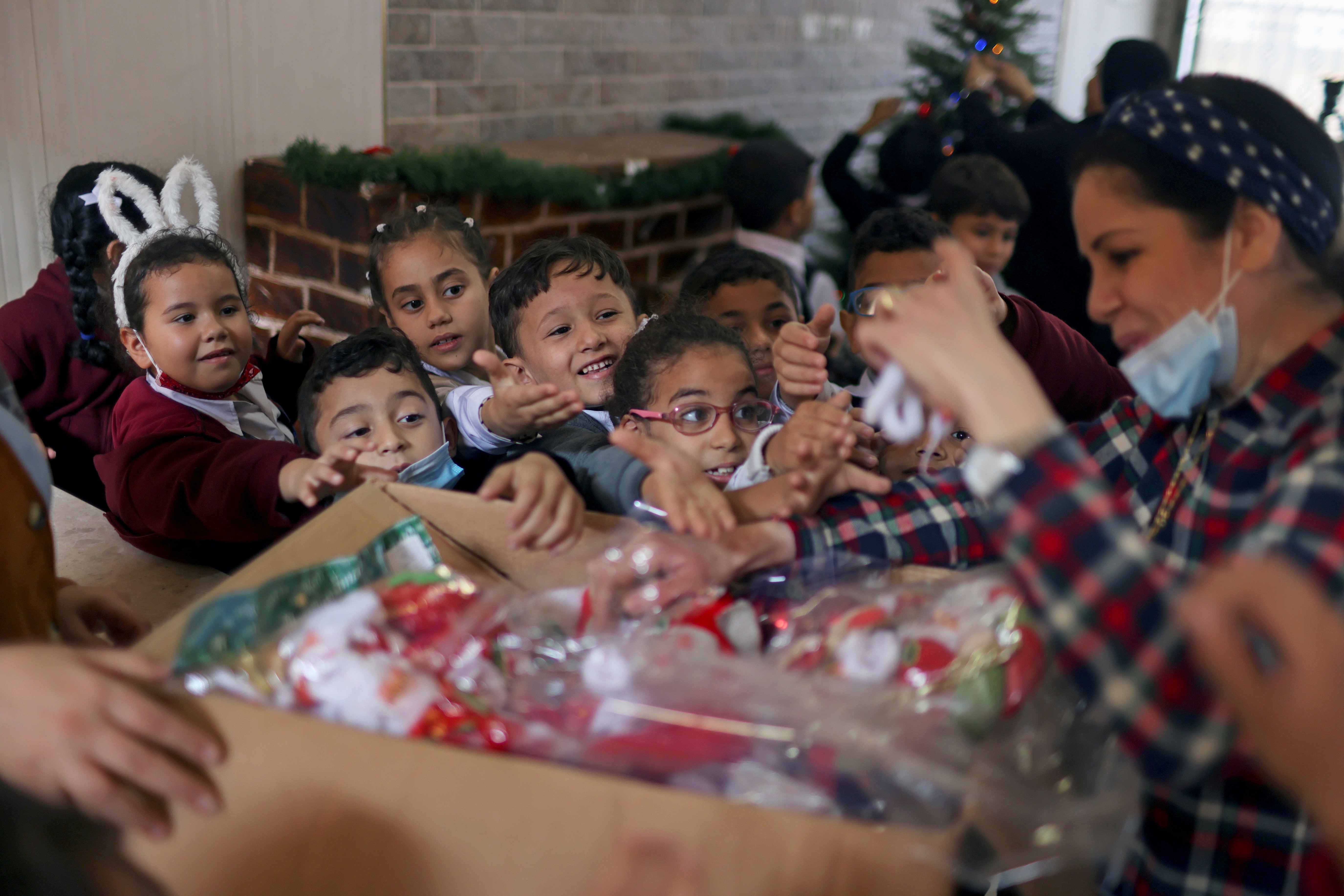 Despite the continuing difficulties, Christmas in Gaza this year is filled with faith, hope and resilience, a Latin Patriarchate official said following a three-day pastoral visit.

"There is a different spirit. In other visits usually the first thing people say is if they have a chance they would leave Gaza, but we did not hear that this time," said Sami El-Yousef, CEO of the Latin Patriarchate, who accompanied Archbishop Pierbattista Pizzaballa, Latin patriarch of Jerusalem, on his annual Christmas visit with the Gaza Catholic community.

Archbishop Pizzaballa visited about 20 homes of the elderly and sick, and also of newlyweds and those who recently had babies.

The traditional Christmas Mass celebrated Dec. 19 by the archbishop included a baptism and a first Communion for one girl, adding to the festive feel of the occasion, El-Yousef said. The girl was sick in May and was unable to join a group of youngsters receiving the Eucharist for the first time then.

The personal nature of the visit this year resonated with the Catholic community, El-Yousef said.

"People really appreciated this visit and truly felt someone really cares about them and are with them in solidarity and they are not forgotten," he said.

The vibrancy of the community stems in large part from the lively pastoral life Father Gabriel Romanelli of Holy Family Parish has maintained. Father Romanelli, originally from Argentina, speaks Arabic fluidly and has lifted spirits through daily activities that include youth scout meetings and groups for women, men, and families.

"It is a very active parish. You can go any day — Christmas or not — and see every day some pastoral activity," El-Yousef said. "The parish is really gathering the community and strengthening their faith and (connection) to the church."

The patriarchate's humanitarian projects, such as a job creation program which supports about 70 young professionals in positions throughout Gaza, also has helped the community to feel less beleaguered. The program provides income for families during the current economic crisis in Gaza, where the youth unemployment rate stands at more than 70%, he said.

"The sense of resilience comes from their sense that the church is there for them and supporting them," El-Yousef said. "Many people realize that during corona anywhere you go out of Gaza you face economic difficulties and jobs are scarce. In this encounter, the feeling was that Gaza is not all that bad and despite all the difficulties and misery they will have a future in Gaza, and there is hope."

The Catholic schools are a part of that resilience and value formation among the children, the church official explained.

"They are really drilling what Christian values truly are, that (Christians) are part of society and though yes, most of the community is Muslim, they are a part of it. The schools really filter this value ... that they are part of the mosaic," El-Yousef said.

Easing of tensions between Israel and Hamas and the quick cleanup of the destruction left by fighting in May has further added to a sense of relief, he noted.

Hamas, the Palestinian Islamic political party, also seems to have relaxed its attitude toward public displays of Christmas. Whereas two years ago Hamas leaders asked shopkeepers to remove Christmas decorations or Santa Claus hats from their displays, this year he saw several shops with holiday chocolates and lights, El-Yousef said.

"Hamas is ... finally realizing (Christians) are part of the mosaic," he said. "That has helped it be lighter this year than previous Christmases."

Nevertheless, he noted, difficulties exist, including the continuing blockade and lack of Israeli travel permits during the Christmas season. While they had hoped for 500 travel permits allowing Christians to leave Gaza for the holiday, so far only 245 have been granted. Of those, likely only 100 to 150 permits will be used as many permits were given to one or two members of a family.