by The Associated Press
People
Politics 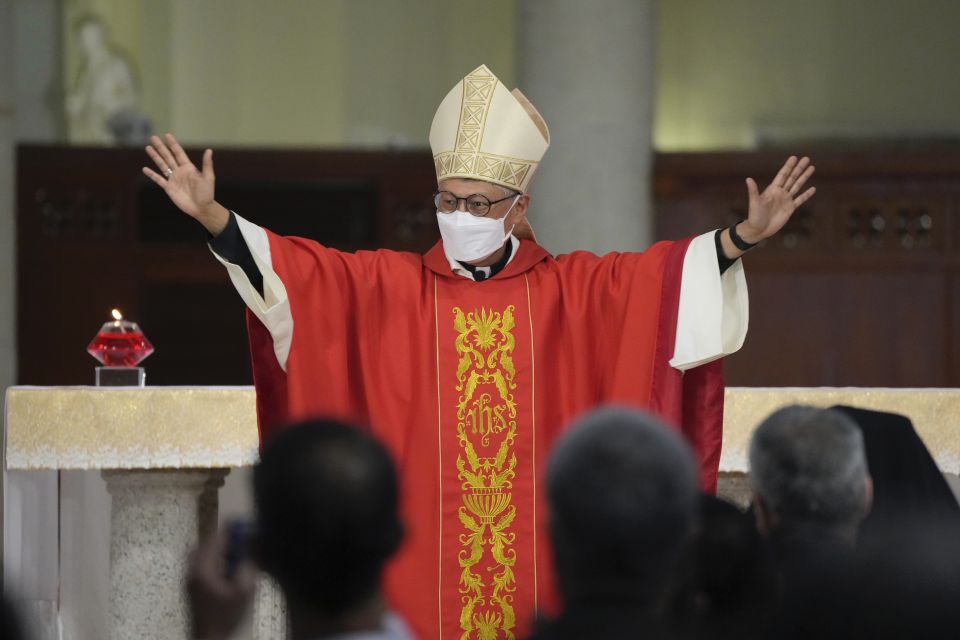 Hong Kong — The new head of Hong Kong's Catholic diocese expressed hope Saturday that he could foster healing in a congregation and a city divided by the continuing fallout from massive anti-government protests in 2019.

Bishop Stephen Chow spoke to the gathered after his ordination in the 19th-century Cathedral of the Immaculate Conception. Participants wore surgical masks to protect against COVID-19.

“I’m quite aware that it is not easy given the painful damages that different parties have experienced in their own ways in the past two years,” he said.

He asked whether the pandemic, while destructive, has also been a blessing in disguise, as some Hong Kong people reached out to help each other, regardless of political or religious persuasion.

“As the bishop of the Catholic diocese in Hong Kong and as a local church, (I) would very much like to take up a meaningful role to foster healing and connections in our church and for our hometown, this beloved hometown,” he said.

The protests, which were quashed by arrests and a tough new national security law, have split both the city and its 400,000 Catholics, who make up about 5.3% of the population. Some support the restoration of order by the government, while others say it has unduly curtailed free speech and the right to protest in the semi-autonomous Chinese city.

Both Hong Kong leader Carrie Lam, who was a central target of the protests, and former media tycoon Jimmy Lai, who was jailed for his role in the protests, are Catholic.

Pope Francis named Chow as the new bishop in May to replace Bishop Michael Yeong, who died in January 2019.

Chow, viewed as a moderate choice, has called for respect for different views, saying “unity is not the same as uniformity” at a news conference after he was named.

A native of Hong Kong, Chow was educated in the U.S. and Ireland. He was named head of the Jesuit order for the China region in 2018, the year of a landmark agreement that allows the Chinese government a say in naming bishops in the mainland. Hong Kong and nearby Macao are special administrative regions that have their own laws and are not part of the mainland.

Catholics in mainland China are legally allowed to worship only in churches approved by the Chinese government, but many attend underground churches led by bishops loyal to Rome. Critics have said the Vatican sold out the underground Chinese church by signing the 2018 agreement.

China's official Xinhua News Agency reported Saturday that leader Xi Jinping, in an address to a two-day conference on religious affairs, stressed the principle of developing religions in the Chinese context and providing active guidance to adapt them to a socialist society.

Looking back on the life of Br. Steindl-Rast