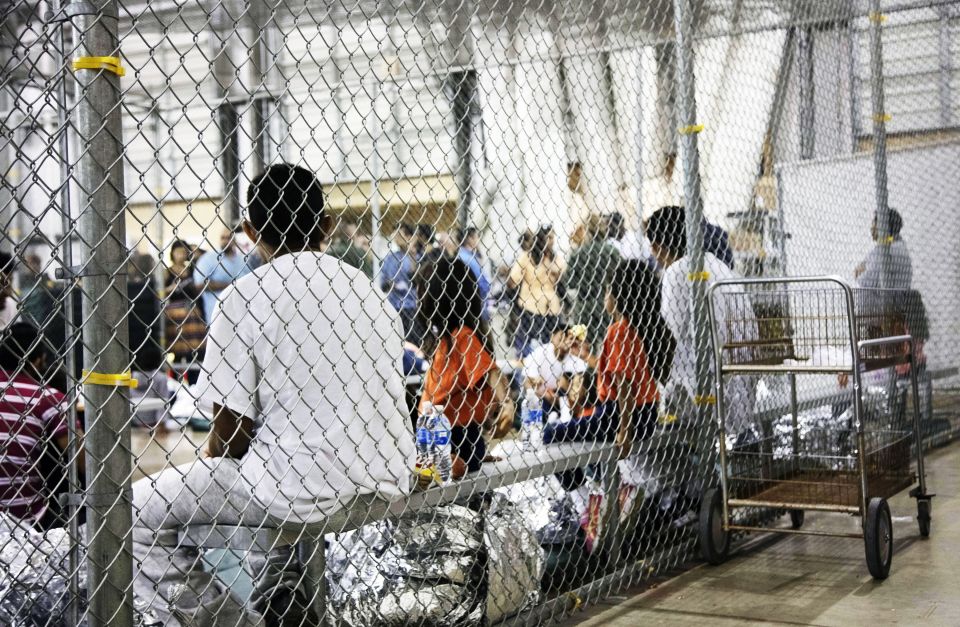 In May, Roberto Rauda, an undocumented immigrant, went to a New London, Conn., courthouse to pay a fine for carrying an open container of beer. Instead he was detained by U.S. Immigration and Customs Enforcement agents in a routine sweep and ended up in the Bristol County House of Corrections in North Dartmouth, Mass.

Rauda, 37, who came to New York from El Salvador as a teen and several years ago found work in construction and at a lobster processing plant in Connecticut, was released in September, after members of the New London advocacy group Unidos Sin Fronteras paid his legal fees and $3,500 bail.

Sitting in his lawyer's living room, Rauda grimly recalled conditions at the Massachusetts facility, such as cramped and uncomfortable sleeping arrangements and inedible food.

Yet his face softened as he recounted how prayer helped him endure.

"We had a Catholic priest who came every two weeks, and we would get together in a room to pray and sing hymns," Rauda told Religion News Service through a translator. "I was scared I wouldn't get out, that my wife would be left alone, and I prayed to God that she would be all right," he said.

For detainees like Rauda, comfort from clergy and faith in God are often the only glimmers of hope in a climate of deep despair. 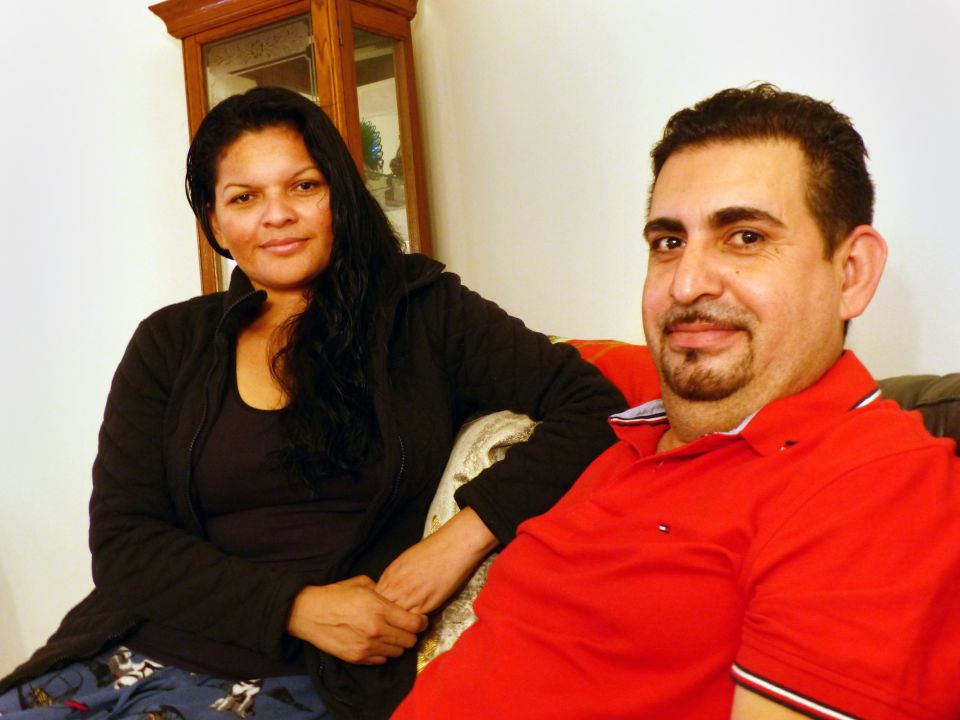 But for many of the more than 39,000 undocumented immigrants locked up on any given day in ICE detention centers nationally — the highest number in history — visits from clergy, access to religious material, and opportunities to engage in religious worship can be infrequent, inconsistent and in some cases absent altogether.

At the Northeast Ohio Correctional Center in Youngstown, Ohio, several detainees told their attorneys they rarely saw clergy. "The last time I saw a priest was when I was in El Salvador," said one detainee incarcerated at NEOCC, which is operated by CoreCivic, one of the largest private corrections companies in the United States.

A 30-year-old Brazilian asylum-seeker who was transferred to NEOCC from San Antonio said that in Texas a pastor would visit on Sundays.

"But here, they just show us [a] video. I would like to have a pastor come every Sunday. We need this, because it helps us when we're suffering a lot and don't know what's going on," he said.

Both NEOCC detainees related these and other details during interviews with a pro bono attorney working for the International Institute of Akron, an immigration legal services and refugee resettlement organization. Lawyers from the organization shared transcripts of these interviews with RNS and asked for anonymity on their clients' behalf.

CoreCivic Manager of Public Affairs Rodney E. King, in an email, said that NEOCC provides for the spiritual needs of detainees. The facility, he said, has "a full-time chaplain, as well as a part-time chaplain."

He added that there are six active religious service volunteers who currently serve evangelical Christians, Catholics, Muslims, Jehovah's Witnesses and Sikhs for the U.S. Marshals Service and the Ohio Department of Rehabilitation and Correction. One of those, the Catholic volunteer, has recently been cleared by ICE to minister to detainees and approvals are pending for a Muslim and a Sikh, King wrote.

But reports from human rights organizations, immigrant advocacy groups and the Department of Homeland Security's inspector general chronicle religious rights concerns at various ICE detention centers. The concerns range from prison guards mocking some faith traditions to the disruption or denial of detainees' rights to worship.

The religious rights of all prisoners in the United States, undocumented or not, are protected under the Religious Land Use and Institutionalized Persons Act of 2000.

Additionally, ICE National Detention Standards of 2011 require that detainees "shall have regular opportunities to participate in practices of their religious faiths" and that every facility have a chaplain or religious services coordinator to "recruit external clergy or religious service providers" for detainees whose faiths are not represented by on-site clergy. 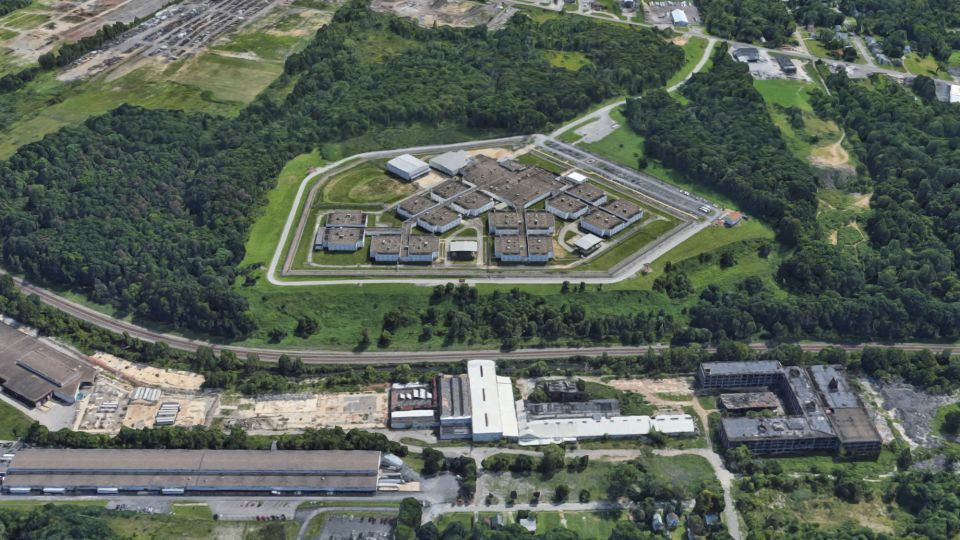 The Northeast Ohio Correctional Center in Youngstown can hold over 2,000 prisoners. (RNS/Google Maps)

The sheer number of detainees can make it difficult, even impossible, for staff chaplains alone to minister to such a needy and multitudinous flock. NEOCC at full capacity houses just over 2,000 prisoners, including as many as 352 detainees.

Without visiting volunteer clergy, a chaplain could only minister to all inmates for a few seconds a day, or less than two minutes per week, said Dustin White, pastor at Radial Church in Canton, Ohio.

White was among a group of five clergy arrested outside NEOCC in August for refusing to leave unless they were allowed to offer religious support to detainees there.

White said he attempted to go through the proper channels of applying to be a visiting clergy, but the process took months before it dead-ended.

For White, who said he philosophically opposes for-profit prisons, applying to become a CoreCivic volunteer was also morally questionable.

"CoreCivic is incompatible with my faith. Visiting clergy have to fill out an application as a CoreCivic volunteer. As a person of faith, that raised a lot of red flags for me," said White.

The application process is standard at all ICE detention facilities, according to ICE national spokesperson Danielle Bennett, via email correspondence.

"All volunteers, including religious leaders/clergy/laypeople must be approved prior to conducting religious services or counseling," Bennett wrote. "Additionally, each volunteer must go through a facility orientation and agree to applicable facility rules and procedures."

For clergy who have gotten access to detention centers, the experience is sometimes jarring, even for those experienced in prison ministry. Southern Baptist minister Alan Cross of Montgomery, Ala., said he was surprised to learn that his contact with detainees when visiting the Stewart Detention Center in Lumpkin, Ga., would only be through glass windows or via video screen.

"There is no physical contact. I've done jail ministry before and been able to have contact with inmates. This is not how ministry is supposed to be," said Cross.

Gathering for worship has also been problematic, according to ICE's inspector general's office. At Stewart, staff have reportedly delayed or interrupted Muslim prayer times.

At the ICE processing center in Adelanto, Calif., a privately owned facility run by the GEO Group, Christian women gathering to pray, sing or read the Bible were ordered to disperse, according to interviews conducted by Freedom for Immigrants, a nonprofit organization that monitors human and civil rights abuses at 55 of the largest ICE detention centers. The Adelanto facility was also the subject of a Sept. 27 inspector general's report that chronicled numerous human rights abuses. 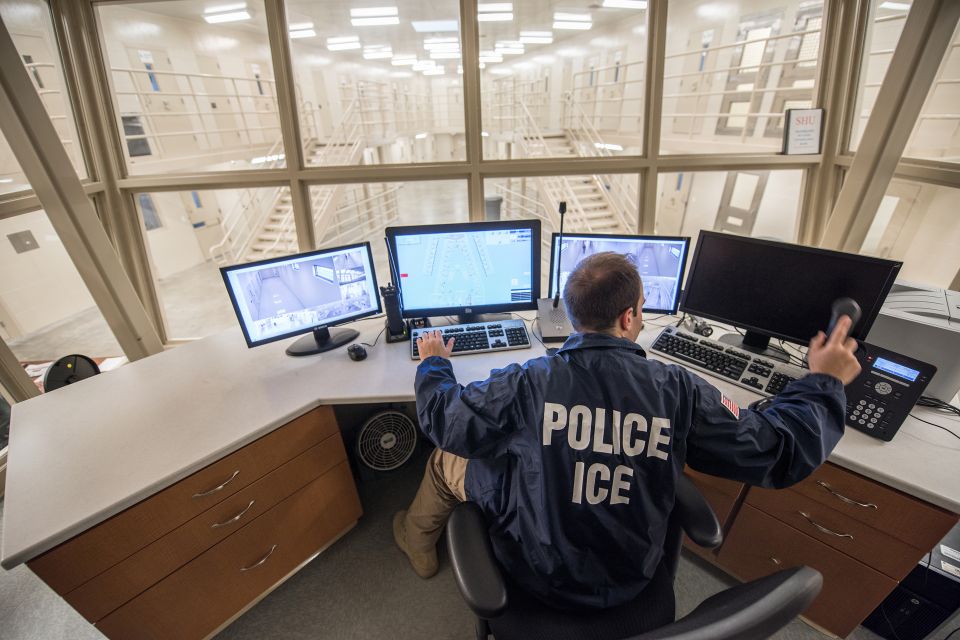 "There's a rule at some of these facilities that groups must be facilitated by an outside volunteer, so if there's no outside volunteer, there cannot be any group discussions," said Freedom for Immigrants' co-founder and executive director, Christina Fialho.

At the Northwest Detention Center in Tacoma, Wash., another GEO facility, "pastoral visits, worship services and baptisms" as well as Muslim and Sikh services regularly take place, according to Jose-Luis Bonilla, coordinator for volunteer visits at the Seattle office of World Relief, a nonprofit serving refugees and asylum-seekers.

Some clergy have found that the best way to gain access to detention facilities is to foster relationships with wardens or resident chaplains.

Fr. Francois Pellissier of the Glenmary Home Missioners in Cincinnati said he was able to spend four days a week from April 2014 until May 2016 at the Stewart Detention Center in Georgia after developing a working relationship with the facility's former chaplain.

Pellissier said it took patience and determination but he was eventually allowed to minister one-on-one and in groups to detainees of all faiths, including Muslims.

"It was hard to get in at first. The mentality at the door is extremely suspicious with ministers," said Pellissier.

The Rev. Delle McCormick, senior pastor at Rincon Congregational Church in Tucson, Ariz., similarly found that it's possible, once inside, to gain the trust of prison authorities.

"As time went by, the staff really became supportive of the worship service," said McCormick, who ministered to detained children at a government-contracted shelter in Tucson from 2016 to 2017.

The children, mostly evangelicals from Guatemala, Honduras and El Salvador, arrived in the United States prior to the Trump administration's policy of separating children from families at the border taking effect.

Singing was a popular activity during worship services, said McCormick. Even some guards, she said, were moved to join in, if only from the sidelines.

"It was contagious. There was one song about making their way through the desert and the perils of the desert, and the kids would sob and just raise the roof. There was a great amount of collective grief and lamentation. It was very powerful," McCormick recalled.

While moving, the experience of ministering to immigrants in detention can also be demanding, draining and frustrating, especially when trying to navigate the requirements imposed by some detention facilities, say several clergy.

Still, many persist in their mission to comfort detainees, bringing them Bibles, rosary beads and Qurans, but above all, a compassionate ear.

"I can listen to you, I have time for you," is Pellissier's message to detainees. "The guards don't have any time for you, so I am the visitor who comes and pays attention to you and prays with you," he said.

Bishops to supplement rather than revise Faithful Citizenship voter guide