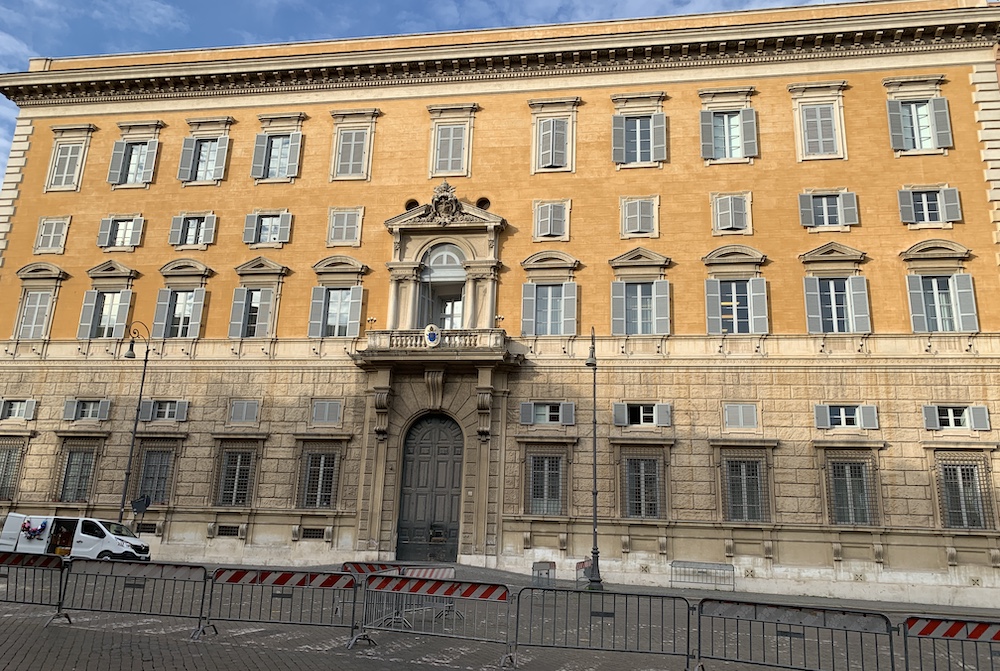 The façade of the Vatican's Palace of the Holy Office, where the Congregation for the Doctrine of the Faith is located, pictured in 2019 (NCR photo/Joshua J. McElwee)

The Irish branch of the global Redemptorist religious order has called on the Vatican to reinstate a priest who was suspended from public ministry in 2012 primarily over his support for women's ordination. 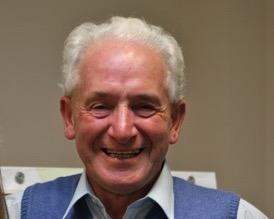 In a statement to NCR, the head of the Dublin province of the Redemptorists said he and his provincial council would like to see Fr. Tony Flannery — a member of the order who has been unable to minister as a priest for nearly 10 years — reinstated.

"It seems particularly disproportionate that sanctions imposed, as in the case of Fr. Flannery, for expressing theological and pastoral commentary in writing, are without time-limits," said Fr. Dan Baragry, the provincial. "This disproportionality is multiplied by reason of a present-day Church context, under the leadership of Pope Francis, which encourages theological reflection and debate."

Flannery is a popular Irish writer, retreat giver and, formerly, pastor. He was removed from public ministry in February 2012 after the Vatican's powerful Congregation for the Doctrine of the Faith expressed concern over several columns he had written for Reality, a Redemptorist-run magazine in Ireland.

Writing in his blog recently, Flannery said the issues he had written about in relation to priesthood, women and ministry and Catholic sexual teaching, which the congregation objected to, "are now being discussed widely and freely right around the Church, with no fear of sanctions."

Baragry echoed that view, saying: "It is striking that at all levels of the Church, Church leaders and theologians are freely expressing perspectives similar to those articulated by Fr. Flannery, for which he has apparently received a life-long penalty."

Flannery turns 75 this year, the 10th anniversary of his sanction and barring from public ministry by the joint action of the Vatican congregation and the Redemptorist headquarters in Rome.

In his blog, Flannery noted that the three main prelates at the Vatican congregation who dealt with his case are no longer involved with the office. Cardinal William Levada, the office's prefect 2005-12, died in 2019; Cardinal Gerhard Müller, the subsequent prefect, was replaced in 2017; and Archbishop Giacomo Morandi, the office's former second in command, was recently appointed as bishop of Italy's Diocese of Reggio Emilia-Guastalla.

Morandi had taken center stage in Flannery's case in 2020, informing Redemptorist leadership in Rome that the priest should not return to ministry without first signing four strict oaths of fidelity to Catholic teachings.

The document was sent to the Redemptorist superior general, Fr. Michael Brehl, a Canadian who has headed the global order since 2009.

In the correspondence to Brehl, Morandi wrote: "… the Congregation has decided that Fr. Flannery should not return to public ministry prior to submitting a signed statement regarding his positions on homosexuality, civil unions between persons of the same sex, and the admission of women to the priesthood." A fourth area related to gender theory.

'Church leaders and theologians are freely expressing perspectives similar to those articulated by Fr. Flannery, for which he has apparently received a life-long penalty.'
—Fr. Dan Baragry

In his recent blog post, Flannery said he would like an outside review of the process by which the Vatican congregation dealt with his case.

"I continue to carry a grievance that I wasn't even given the most basic of human rights in my dealing with that body," said Flannery. "That grievance was compounded by the present head of the CDF, [Cardinal] Luis Ladaria, when he claimed in reply to a question by Joshua McElwee of the National Catholic Reporter, that they had tried to dialogue with me. They never did, never made any direct contact with me at all."

Baragry said he and his provincial leadership team in Ireland support Flannery's call for an outside review "and we would expect and hope that such a review would lead to his reappointment to ministry."

Baragry said the Redemptorists in Ireland have taken several initiatives in pursuit of this objective, all of which have faced various obstacles and barriers.

Asked by NCR if he supported Flannery's call for a review, Brehl responded: "It is very regrettable that this situation has continued for so long a period. At this time, I am unable to comment further."

A noted Irish civil lawyer, Robert Dore, said the Vatican was "guilty of robbing Fr. Flannery of his lawful entitlement to fair procedures in the context of Irish civil law."

Dore, who successfully pursued a high-profile defamation case against Irish national broadcaster RTÉ for its treatment of a different Catholic priest, said Flannery had been "denied his constitutionally enshrined rights."

In an email to NCR, Flannery said he thought Brehl could choose to unilaterally lift his suspension.

"Due to the fact that the Vatican is a very different place to what it was ten years ago, and allowing that it was the Redemptorist Superior General, Fr Brehl, who suspended me from ministry, albeit under orders from the CDF, I believe that Fr. Brehl could now unilaterally lift that suspension and, in that way, right the wrong of ten years ago," said Flannery.

In his blog, Flannery argued that his request for an independent review is not too much to ask from an institution that proclaims that it stands for truth, justice and love.

"If that review took place and was done openly, then I would happily sit down with any Church authority and discuss my views and opinions," said the priest. "Let them then pass judgment on me as they see fit, and as long as I was fairly heard and respected, I hope I could accept the verdict."