James Carroll: 'Story of the church and the West could have gone another way' 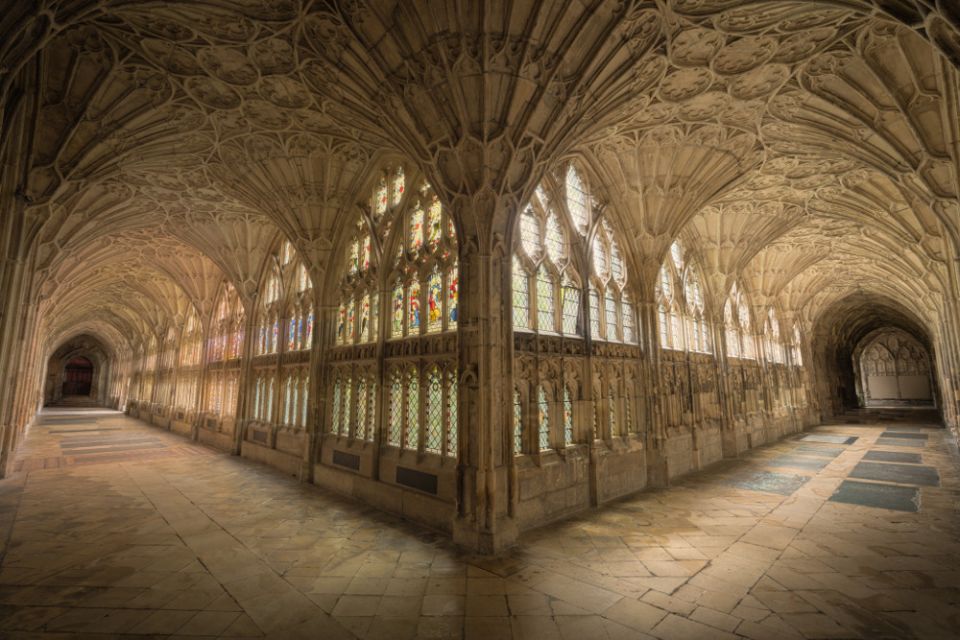 In James Carroll's newest novel, The Cloister, the Catholic Church's relationship with the "other" is examined through parallel narratives that span centuries and continents. Twelfth-century lovers Peter Abelard and Heloise face the destruction of their relationship under the church's hierarchy and find themselves at odds with its anti-Semitism.

In 1950s New York City, Fr. Michael Kavanagh learns that while times had changed, the church has not. Through a friendship with a Holocaust survivor and medievalist named Rachel Vedette, Kavanagh comes to a radical decision that leads them both toward recovery.

These are hardly new topics for Carroll, who literally wrote the book on Catholic anti-Semitism in The New York Times bestseller Constantine's Sword. Carroll recently gave an email interview to NCR to discuss The Cloister, his 12th novel. The interview has been edited for style and clarity. 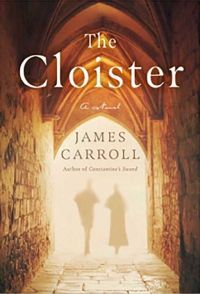 NCR: Abelard and Heloise have been depicted in literature many times, but the focus is often on their romance rather than their relationship with the church. Why did you choose these two historical figures to parallel your modern characters?

Carroll: The romance between Abelard and Heloise is the least of their story. He was the greatest teacher in Christendom, with pupils coming to him in Paris from all over Europe. As the abbess of a prominent monastery, she was the most influential churchwoman of the age. From their youthful love affair forward, they kept faith with each other, and their letters made their love immortal.

But even more momentously, Abelard and Heloise stood together at the fork in one of history's great roads-not-taken, resisting gravely misbegotten theological and political turns in the story of the church and the West. Abelard, the son of a knight, rejected the militant Christ in favor of the Prince of Peace. He rejected the crusading spirit of the age, and the idea that God wills violence, whether directed at "infidels" or, according to atonement theology, toward God's own son.

In explicit ways that set him apart, Abelard rebutted anti-Jewish theology and drew inspiration from Jewish sources — this at a time when sainted church figures were preaching blood libels and sparking the first of Europe's savage pogroms.

Heloise saw the importance of Abelard's teaching more clearly than anyone, even as church councils were condemning him. It was she who prodded him forth, encouraging his prophetic vocation and his re-entry into the fray. He was defeated, but because of her, his voice can still be heard.

Abelard was a first humanist, and Heloise was a first feminist. Together, they were first moderns. The issues raised in their story — sacred violence, religious anti-Judaism, male supremacy, the wages of sexual repression — are as alive today as they were in the Middle Ages. But today, such issues are armed as never before.

Two major themes in The Cloister are blindness to the church's abuses of power and the cyclical nature of that blindness and abuse. What do you hope readers will gain from examining these issues from the perspectives of characters living in 1142 and in 1950?

In the 12th century, the Catholic Church was central to great breakthroughs in imagination, enshrined in art (the Gothic cathedral), thought (recovery of the classics, a nascent scholastic philosophy), and politics (Christendom as the genesis of "Europe"). But then, and across subsequent centuries, the church also gave itself over to massive abuses of power. The monarchical structure of church life (the pope at the top of a political pyramid, served by a clerical caste that put its own interests ahead of the people) established the inhuman cult of clericalism, which continues and, in recent times, has been exposed as a source of terrible abuses.

This distortion of the Gospel spawned holy wars against nonbelievers and Christian dissenters that set in motion currents of intolerance that still run through the broader culture that came of Christendom, especially in relation to the Jewish people and to Islam. Neither the 20th-century Holocaust nor the 21st-century anti-Muslim "crusade," as George W. Bush called the war on terrorism, can be understood apart from this history. By returning to the decisive period when such a dynamic took hold, we see that the story of the church and the West could have gone another way. By seeing that, we see that it can go another way yet.

This book is similar to Constantine's Sword in that it confronts the Catholic Church's anti-Semitism. What led you to tackle that topic from an individual, fictionalized perspective in The Cloister?

Religious anti-Judaism, which was long defended by Christians as theologically proper, morphed ultimately into racial anti-Semitism, which, when combined with Arian neo-paganism and pseudo-Darwinian eugenics, spawned the lethal Nazi hatred of Jews and their project of anti-Jewish genocide. Christianity's part in this terrible history was partially confronted after World War II, especially by the Catholic Church in its Second Vatican Council. But that was the beginning of the necessary reckoning, not the completion of it. Every time the Passion narrative, with its scapegoating of "the Jews," is repeated in Christian churches during Holy Week, the embers of anti-Jewishness are made to glow again. 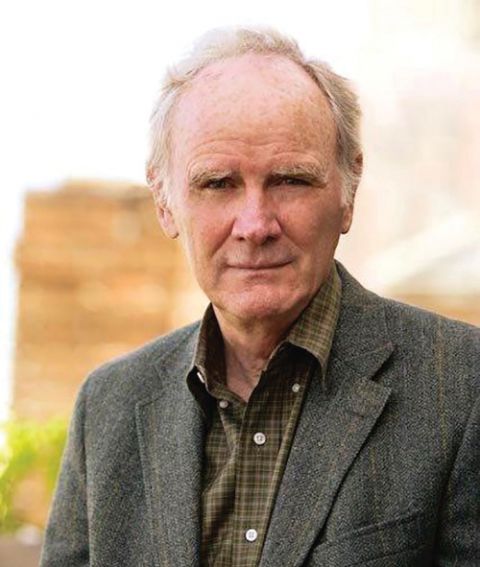 In The Cloister, I tell one story of that unfinished reckoning, involving threads that run from the origins of such hate, to its climax in the Holocaust, to an overdue facing of the truth — all located in the particular experience of two pairs of human beings, one medieval and one modern.

As a Catholic who came of age when the church itself was attempting its version of such a reckoning, enshrined in the council, I have been conscripted into the project of continuing it. This novel is only the latest of my many attempts to carry on this work. It is never finished.

In The Cloister, Michael Kavanagh comes to see himself as complicit not only in the church's anti-Semitism, but its homophobia and oppression of sexuality, despite his earnest attempts to be accepting. Was it helpful to create fictional characters to do the emotional labor of reckoning with what may be your own sense of culpability in the church's injustices?

Perpetrators of crimes — "sins" — and their protectors must always be individually held to account, but the broad culture out of which such injustice arises — "sin of the world" — must be acknowledged, too.

There is no sin of which the church as such is guilty in which I, as a member of the church, am not somehow complicit. Therefore, there is no question of a smug moral superiority here. In recent years, with the clergy sex abuse scandal, a deep Catholic disorder has been laid bare. It extends, as the mass grave of babies in Tuam, Ireland, shows, across the whole Catholic world. The shame touches all of us. But the Catholic conscience had already been challenged by church failures during the Holocaust. Why did that not provoke a more complete facing up to Catholic moral failure?

I have dealt with such subjects in works of history, but my first calling as a writer is to fiction. By taking up these tragic questions in The Cloister, a certain necessary detachment became possible, and the layered thickness of moral complexity could be peeled back. That is what happens in Michael Kavanaugh's story, which opens into a pointed sorrow and the possibility of an otherwise elusive forgiveness. For him, that becomes a matter of an altered faith, as he discovers the vast reach of God's love — vast enough to embrace every creature, no matter how imperfect. And confronting imperfection is the point.

Kavanaugh's companion on this journey into reconciliation and acceptance is Rachel Vedette, a Jewish Holocaust survivor. Faith is less the issue for her than the will to live. She, too, finds a way to look directly into the darkest reaches of conscience, and that makes the difference. ...

"In order to survive, the human world needs self-critical, other-affirming, historically minded religion. If a reformed and rational Roman Catholicism (more than a billion adherents!) is not part of that, it will not happen."

There are several sexual relationships throughout The Cloister that deal with the abuse of power and authority in sex. Although Abelard and Heloise's relationship is traditionally considered loving and consensual, as a monk and a teacher, Abelard was still in a position of authority. What were you trying to say by juxtaposing this medieval couple with these other problematic relationships?

The human capacity for sexual love is often thwarted by the human thirst for power. This seems to be a special problem for males, who seem quick to cloak insecurity in domination. In the era of #MeToo and #TimesUp, the pervasiveness of this disorder is apparent. In The Cloister, there is a story, set in the 20th century, of an abusive priest and the lifelong trauma his behavior caused. But the mythic story of Abelard and Heloise strikes a different chord. It is drawn from the exchange of the letters long attributed to them — literary masterpieces of Western culture. 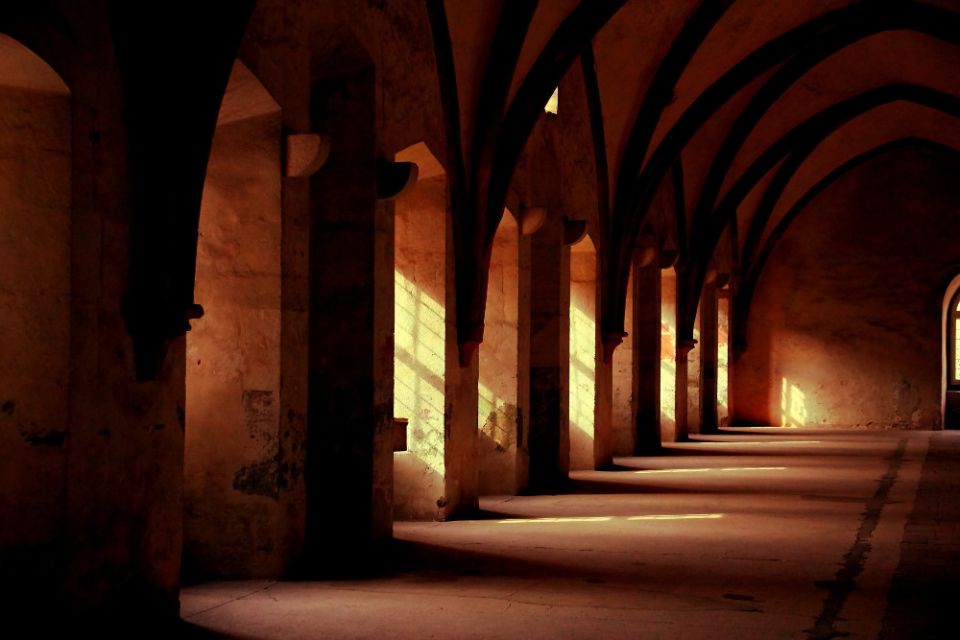 What do you hope that Catholics who feel troubled by the same issues that haunt your characters might feel called to do after they read this novel?

I did not write The Cloister as a reforming manifesto, yet a pressing urge toward reform of faith and of culture defines its conflict. Religious intolerance and political violence drive the action. At the end of the novel, Michael Kavanaugh preaches a sermon in which he offers to his beloved parishioners something of what, through the unfolding of the story, he has learned: "Saint Paul said it: nothing we ever do can separate us from the love of God. And if that is true of Catholics, it is true of everybody. The Creator loves what the Creator creates. There is no salvation outside … Creation."

We 21st-century humans live at the edge of our own threatened extinction — indeed, considering environmental degradation and the plague of mass weapons, what threatens is our self-extinction. If God's love for creation is absolute, so must ours be. If there is another life, it shows itself, ironically, in there being no other life. Eternal life, in other words, is time running vertically, not horizontally — not "then," but "now." The human world needs faith that is enlivened by that paradox — ready to defend the absolute value of what is.

In order to survive, the human world needs self-critical, other-affirming, historically minded religion. If a reformed and rational Roman Catholicism (more than a billion adherents!) is not part of that, it will not happen.

This story appeared in the April 20-May 3, 2018 print issue under the headline: The story of the church and the West could have gone another way .

People | James Carroll: 'Story of the church and the West could have gone another way'

How much corruption can we tolerate in the church before we leave?