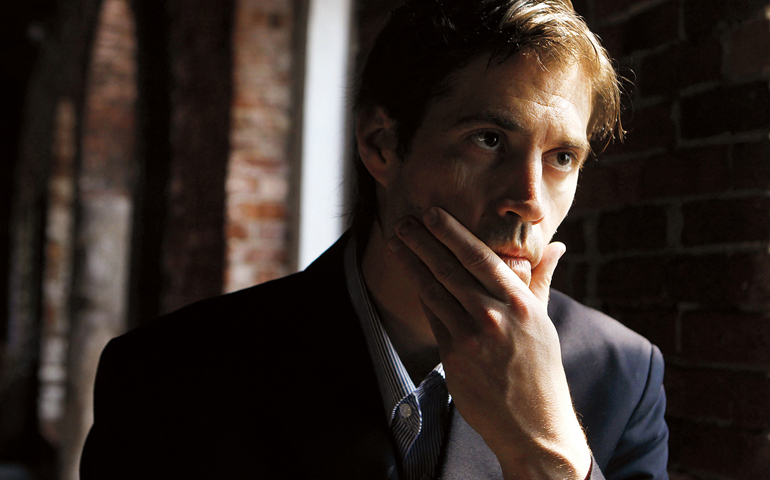 From the moment news broke that U.S. journalist James Foley had been beheaded by Islamic State extremists in the Middle East, many Christians, especially Foley's fellow Catholics, began calling him a martyr, with some even saying he should be considered a saint.

Yet that characterization has left others uneasy, and the discussion is raising larger questions about what constitutes martyrdom.

Foley's parents seemed to validate the martyrdom label when his father, John, spoke at an emotional news conference outside the family's New Hampshire home and said he and his wife "believe he was a martyr." Foley's mother, Diane, added that her son "reminds us of Jesus. Jesus was goodness, love -- and Jim was becoming more and more that."

In an interview two days later with Katie Couric, Foley's younger brother, Michael, recounted how Pope Francis had called the family to console them and in their conversation "referred to Jim's act as, really, martyrdom."

Numerous commentators had already picked up on that idea, holding Foley up not only as a witness to the Christian faith but as a spur for believers in the West to take more seriously the plight of Christians in Iraq and elsewhere in the Middle East who are being persecuted to a degree that some say is comparable to genocide.

But in the Catholic church, determining whether someone is a martyr is not so easy. Historically, two conditions must be met.

First, even if martyrs weren't saintly or pious Christians throughout their lives, there should be evidence that they held fast to their faith in their final moments, and that this witness can serve as an example to others.

Foley certainly seemed to take solace in his faith under duress.

In a 2011 essay he wrote for the alumni magazine of Marquette University, his Jesuit-run alma mater, Foley spoke movingly of his belief in prayer, and especially his recourse to the rosary to sustain him when he was imprisoned in Libya earlier that year while covering the downfall of Moammar Gadhafi.

That was also the heart of a message Foley managed to send from his captivity at the hands of the Islamic State; after the episode in Libya, Foley, a photojournalist, went to cover the civil war in Syria and was kidnapped there on Thanksgiving in 2012. He was held with as many as 17 other prisoners and had a fellow captive, who was later released, commit to memory a letter in which Foley spoke of how prayer and faith kept him close to his family.

"I feel you all especially when I pray," Foley said. "I pray for you to stay strong and to believe. I really feel I can touch you even in this darkness when I pray."

The second factor in determining whether someone is a martyr is that they must be killed explicitly because they are a Christian, or "in odium fidei," out of hatred for the faith. That's where martyrdom arguments can get complicated, and messy.

For example, Salvadoran Archbishop Oscar Romero, who lived under constant threat for his advocacy on behalf of the poor and in defense of human rights, was immediately hailed as a martyr in 1980 when he was assassinated by paramilitary forces while celebrating Mass.

But under the papacies of John Paul II and Benedict XVI, Romero's canonization cause was repeatedly stalled because conservatives in the Vatican argued that Romero had become an icon of liberation theology and was killed for political rather than religious reasons.

Only this month, in fact, Pope Francis -- who has long revered Romero -- announced that the archbishop's sainthood process had been "unblocked."

Francis also indicated that he wanted the church to consider whether those who are killed "for performing the works that Jesus commands us to do for our neighbor" are martyrs just as those who are killed for professing the creed. If that happens it could mark a significant shift in the church's understanding of martyrdom.

Yet some also worry that Foley is being promoted as a martyr in part because he can serve as a Christian rallying cry against extremist Islam, or as a way of building momentum for a more forceful Western intervention in Iraq.

Can we ever know? Should we try?

"It would be vulgar to indulge in speculative fiction that claims James Foley was praying during what are now his famous last moments on Earth," Alana Massey wrote in a Religion Dispatches column taking issue with the instant canonization of Foley.

Massey said she found it "off-putting" to read others describing Foley as a martyr "not only because he was killed explicitly for his nationality and not for his religion, but also because the prospect of the hellscape that is the battleground on which ISIS fights becoming a destination for competitive martyrdom can do no one any good."

Many more seem to disagree with that view and think that whatever the perils of calling Foley a martyr, he ultimately qualifies as one -- and in doing so, his death, and life, point to a modern-day example of martyrdom that has moved millions of people.

"We don't want to cheapen the meaning of the word 'martyr,'" the Catholic blogger Pia de Solenni wrote in a detailed meditation on Foley's death. "But this is real. It's happening everywhere. It's making extraordinary witnesses out of ordinary people. We should not cheapen their witness by ignoring the reality of their sacrifice, their martyrdom."