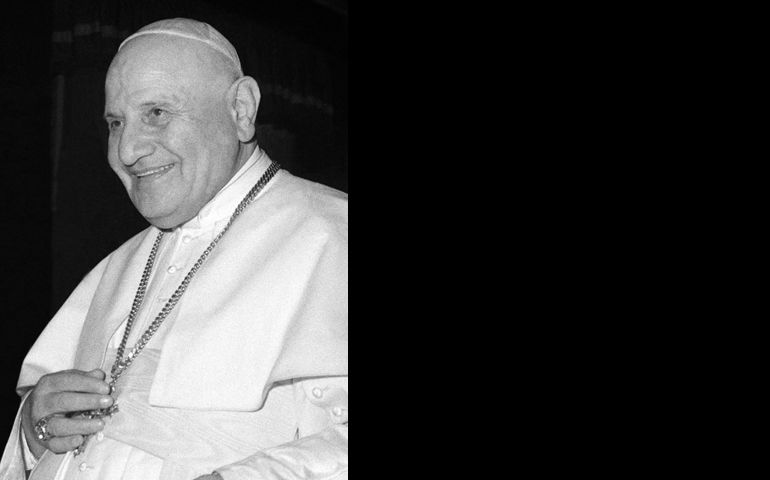 Vatican City — Blessed John XXIII, who will be made a saint April 27, is remembered by many for his warmth, simplicity, social conscience and sense of humor.

Pope Francis, who will canonize "the Good Pope," recalled his predecessor as being holy, patient and a man of courage, especially by calling the Second Vatican Council.

"He was a man who let himself be guided by the Lord," Pope Francis has said.

But the Italian Pope John was also guided by his cheerful disposition, his simple, peasant background and tongue-in-cheek, wisecracking Italian culture.

Here's a look at some of this soon-to-be saint's funny quips:

1. Visiting a hospital, he asked a boy what he wanted to be when he grew up. The boy said either a policeman or a pope. "I would go in for the police if I were you," the pope said. "Anyone can become a pope, look at me!"

2. "It often happens that I wake up at night and begin to think about the serious problems afflicting the world and I tell myself, I must talk to the pope about it. Then the next day when I wake up I remember that I am the pope."

3. In reply to a reporter who asked, "How many people work in the Vatican?", he reportedly said: "About half of them."

4. When a cardinal complained that a rise in Vatican salaries meant a particular usher earned as much as the cardinal, the pope remarked: "That usher has 10 children; I hope the cardinal doesn't."

5. When he went to visit a friend at the nearby Hospital of the Holy Spirit in the evening, the nun answering the door said: "Holy Father, I'm the mother superior of the Holy Spirit." He replied: "Lucky you! What a job! I'm just the 'servant of the servants of God.' "

6. Not long after he was elected pope, Blessed John was walking in the streets of Rome. A woman passed him and said to her friend, "My God, he's so fat!" Overhearing what she said, he turned around and replied, "Madame, I trust you understand that the papal conclave is not exactly a beauty contest."

7. He once wrote: "There are three ways to face ruin: women, gambling and farming. My father chose the most boring one."

8. When he was cardinal and patriarch of Venice, the future pope was talking with a wealthy city resident and told him, "You and I have one thing in common: money. You have a lot and I have nothing at all. The difference is I don't care about it."

9. When a journalist asked the then-patriarch of Venice what he would be if he could live his life all over again, the future pope said, "Journalist." Then he said with a smile, "Now let us see if you have the courage to tell me that, if you could do it all over again, you'd be the patriarch!"

10. A Vatican official told the pope it would be "absolutely impossible" to open the Second Vatican Council by 1963. "Fine, we'll open it in 1962," he answered. And he did.

Your thoughts on if the church can change