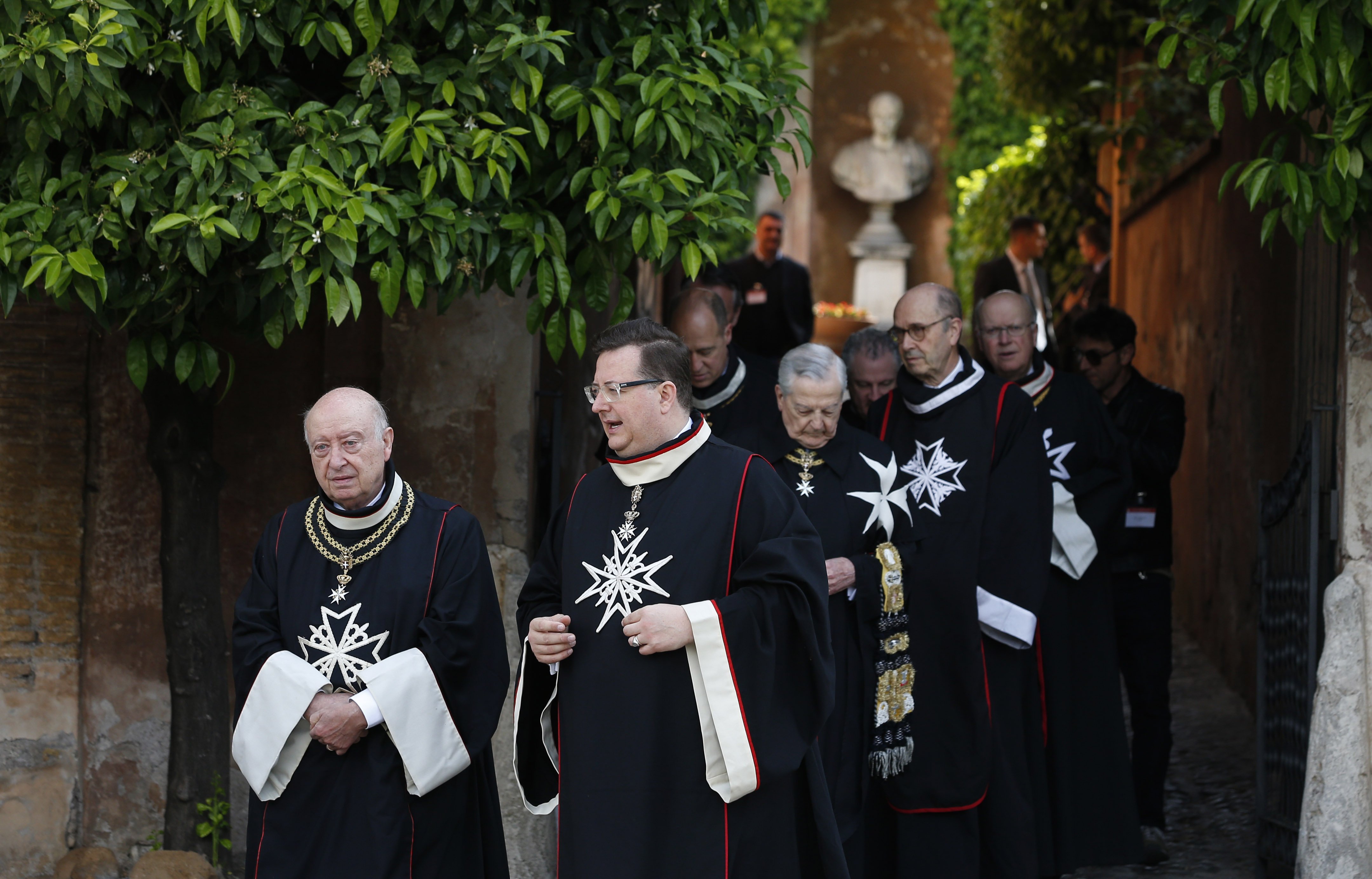 Members of the Knights of Malta walk in a procession at the start of voting to elect a new leader in Rome in this May 2, 2018. (CNS photo/Paul Haring)

VATICAN CITY — A week after expressing concern in a private letter about the Vatican's reform of the Knights of Malta, the order's grand chancellor said he is confident the process is now on the right path.

In a statement released Jan. 28, Albrecht Freiherr von Boeselager, the grand chancellor, said that misunderstandings between representatives of the order and Cardinal Silvano Tomasi, the Vatican's special delegate, "are now beginning to subside, especially after the last two days of joint discussion."

"In particular, we have received satisfactory assurances that there is no intention to infringe in any way upon the sovereignty and the right of self-governance of the Order of Malta and, as a result, certain articles in the proposed draft constitution have been amended accordingly," he said.

The statement came after several news outlets reported letters written by von Boeselager and Cardinal Tomasi regarding a working draft of the constitution. Both letters were seen by Catholic News Service.

Founded in Jerusalem in the 11th century, the Knights of Malta is a lay religious order recognized as a sovereign state by international law, which helps to facilitate its humanitarian missions around the world and maintain diplomatic relations with over 100 countries.

In a letter published in November 2020, Pope Francis named Cardinal Tomasi as his special delegate to the order and charged him with working closely with the order to carry out the renewal of its constitution.

Cardinal Tomasi, the pope said, is "my exclusive spokesperson in all matters relating to relations between the Apostolic See and the order."

The position of special delegate to the order was created in 2017 following a dramatic series of events that began in November 2016 with the removal and eventual reinstatement of von Boeselager.

In a letter to members of the order signed Jan. 19, von Boeselager said that the drafts of the new constitution and code at that point would "create significant constitutional challenges for our order" that would undermine its sovereignty and that he "would have serious difficulties to accept them in good conscience."

However, in a letter dated the next day, Cardinal Tomasi said the misunderstanding was caused by the "undue sending" of a draft that was to be reviewed by the order's working group, and he assured members "that it was never the intention of this commission, nor of the Holy Father, to undermine the sovereignty of the order, which will be totally preserved."

In his Jan. 28 statement, von Boeselager said he and other senior officials of the order "had the opportunity to explain some of the basic issues of principle and peculiarities of our order, and the need to rework the draft constitution and code submitted by the special delegate."

"During the past week, we have been reminded of the Holy Father's call for the order's spiritual renewal, and especially for that of our professed members," he wrote. "In fact, there is a real urgency to achieve this so that the order can attract new vocations" among "current and prospective members of the order who wish to live a consecrated life through the order's mission, 'Tuitio Fidei et Obsequium Pauperum' (Defense of the faith and assistance to the poor')."

Von Boeselager said another joint meeting between the order's working group and Cardinal Tomasi has been scheduled for Feb. 22-23.